Paul Ryan reflected on his time working with Donald Trump in a book set for release next Tuesday, claiming he often had to hold himself back so he wouldn’t ‘scold’ the president.

The former House Speaker, who decided not to run for reelection as the 2018 midterms approached, expressed how he often felt frustrated serving in Republican leadership with Trump at the helm.

‘I told myself I gotta have a relationship with this guy to help him get his mind right,’ Ryan told author Tim Alberta, according to The Washington Post. ‘Because, I’m telling you, he didn’t know anything about government.

‘I wanted to scold him all the time,’ the 49-year-old continued. 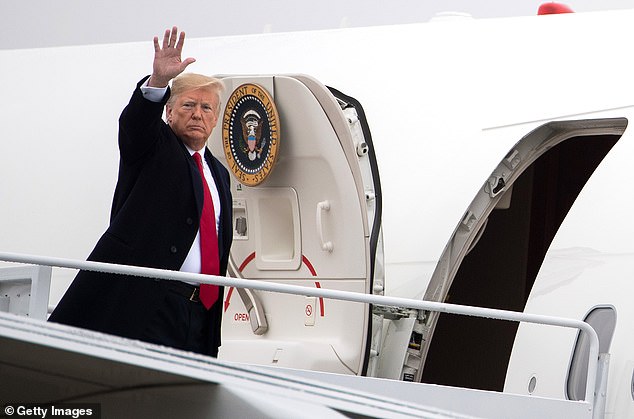 I’m telling you, he didn’t know anything about government,’ Ryan said. ‘I wanted to scold him all the time’ 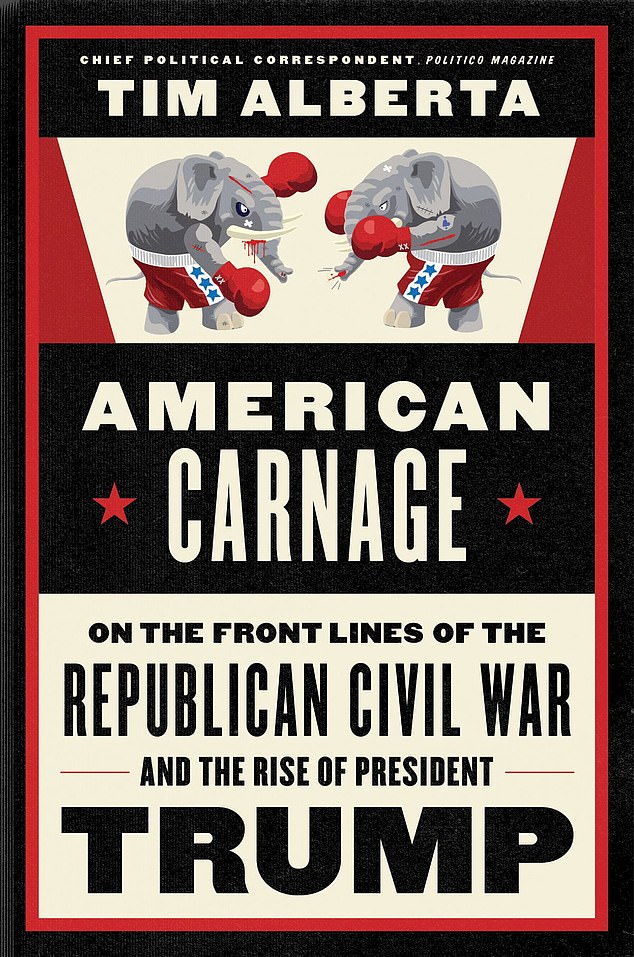 Ryan expressed these sentiments to author Tim Alberta, who’s book, ‘American Carnage,’ will release Tuesday – and includes conversations he had with Ryan

Alberta’s book, ‘American Carnage: On the Front Lines of the Republican Civil War and the Rise of President Trump,’ is set for release next week, but an earlier copy was obtained this week by the Post.

Ryan, who represented Wisconsin during his time in Congress, said the situation with Trump has only continued to deteriorate.

‘Those of us around him really helped to stop him from making bad decisions. All the time,’ Ryan said, adding that members of the GOP and Trump administration would often need to direct him toward making ‘better decisions.’

Since leaving Congress, Ryan says ‘he’s making some of these knee-jerk reactions’ now.

In his interview, the former representative, who was elected to Congress for the first time in 1999, also gave some advice to Trump.

He told the president to stop cheating – both on his wife and in other aspects of his life – and told him to stop insulting and degrading women.

‘Those of us around him really helped to stop him from making bad decisions. All the time,’ Ryan says. ‘We helped him make much better decisions, which were contrary to kind of what his knee-jerk reaction was. Now I think he’s making some of these knee-jerk reactions.’ 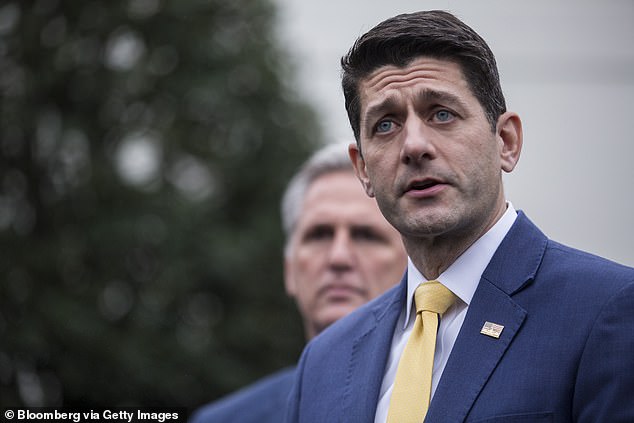 Ryan was elected as a Republican representative in Wisconsin in 1999, and decided not to run for his ninth term in the 2018 midterm elects 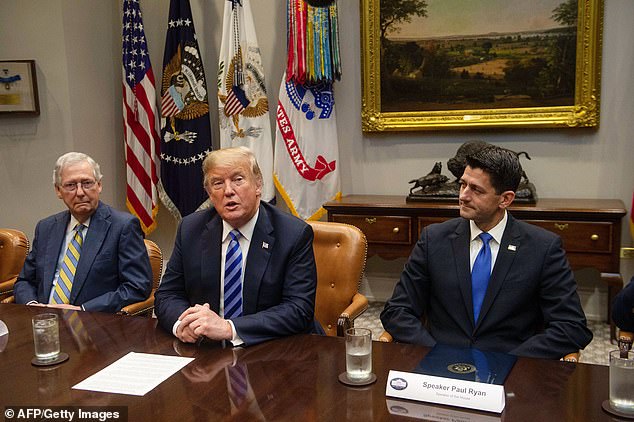 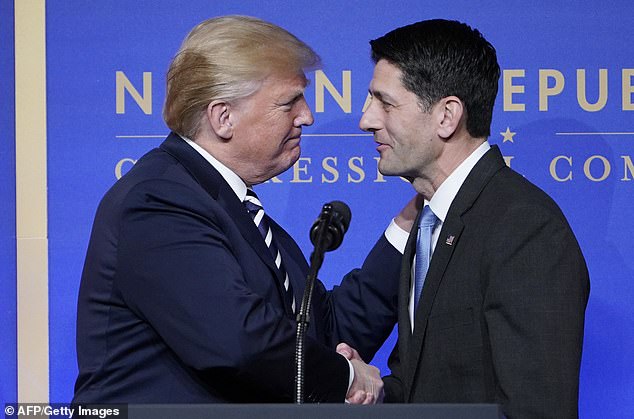 Trump and Ryan had a complicated relationship – both needing each other to get legislation through during the two years where there was a Republican-controlled House, Senate and White House. But both despising each other for different reasons 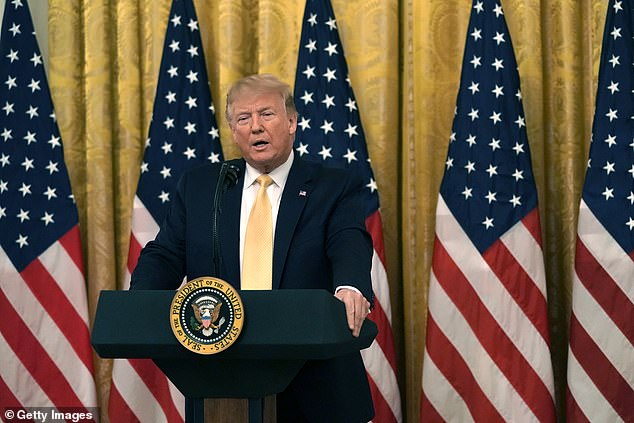 Trump and Ryan had a very topsy turvy relationship – and the Catholic speaker even ended up canceling his first planned public appearance with the then-candidate as the Access Hollywood tape emerged where Trump insinuated he could get away with sexual assault because he was rich and famous.

‘We’ve gotten so numbed by it all,’ Ryan says in the upcoming book. ‘Not in government, but where we live our lives, we have a responsibility to try and rebuild.’

‘Don’t call a woman a ‘horse face.’ Don’t cheat on your wife. Don’t cheat on anything. Be a good person. Set a good example,’ he listed as examples for how to be better.

Alberta quotes Trump in the book as calling Ryan a ‘f***ing Boy Scout.’

The two, however, often had to come together to get Republican legislation passed through Congress as the GOP held the majority for a short time in both the House, Senate and White House.

On one significant occasion, Trump finally agreed in spring 2018 to sign a spending bill that did not include border wall funding he so desperately wanted to get through – but only after Ryan give him time to build suspense on Twitter.

Alberta wrote that Ryan viewed retirement as an ‘escape hatch’ of getting out of working with Trump for a minimum of another two years.