A PR boss was recorded saying he didn’t like ‘gay people and Jews’ after a podcast with the singer Will Young.

Paul Blanchard interviewed the singer – who is gay and won Pop Idol in 2002- as part of his Media Matters series, in which he interviews leading figures in the industry.

Afterwards he was heard saying: ‘From Pop Idol to podcaster and 25 years of hot a*** in-between.’ His colleague, Allie Dickinson, said: ‘That’ll go down well with our American audience,’ to which he replied, ‘Absolutely . . . Don’t like gay people. Just gay people and Jews.’

Mr Blanchard today said his comments were from a script written by a colleague who was both gay and Jewish, he read them for a dare and that it would be ‘ridiculous’ to suggest he was actually anti-Semitic and homophobic.

Paul Blanchard (pictured) interviewed Will Young – who is gay and won Pop Idol in 2002- as part of his Media Matters series, in which he interviews leading figures in the industry

At Media Matters, Mr Blanchard has previously been accused of using other offensive language in an attempt at ‘humour’, including calling Sky News ‘Sky Jews’, The Times reported.

Last month, he was also the subject of an open letter by colleagues saying they were owed thousands of pounds in unpaid wages.

He told MailOnline today: ‘I deny any wrongdoing and have always paid my staff fairly.’

Mr Blanchard, who posts photos of himself posing next to a Tesla and Ford Mustang outside his luxury Buckinghamshire home, describes himself as a ‘media consigliere for global leaders’.

His company, Right Angles, claims to provide PR services to ‘high net-worth individuals’ and political and industrial leaders, and describes itself as having ‘deep relationships with global media’. 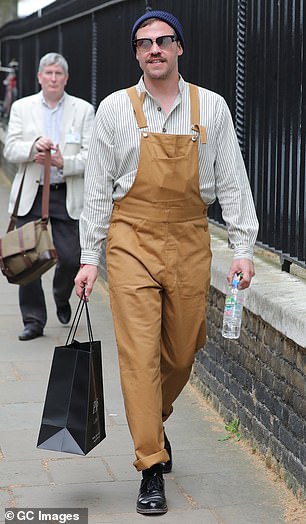 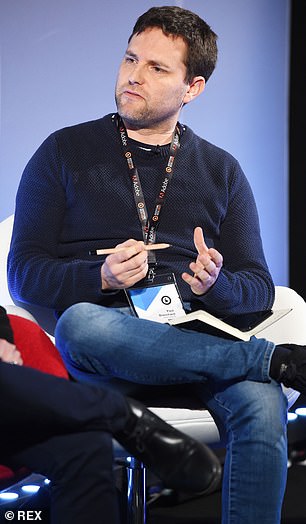 Will Young is pictured attending the Chelsea Flower Show in London in 2018. Mr Blanchard – pictured on the right – said his comments were from a script written by a colleague who was both gay and Jewish

Mr Blanchard said today: ‘I have a podcast production team who write my scripts and sometimes they write inappropriate and offensive things for me to read aloud when warming up my voice and testing microphone levels before the podcast begins.

‘They try and catch me off guard by occasionally asking me as a joke to read these things, and stupidly – and in high spirits – I have occasionally gone along with this.

‘The person who wrote this particular script is both gay and Jewish, and wrote this as a humorous “dare”. I said it to ‘win’ the dare – not to be homophobic or antisemitic.

‘If you hear the recording you can clearly tell I am being ironic, and actually mocking people who hold these views. I obviously don’t hold these views myself, and it is ridiculous to suggest I do.’