Don’t miss the opportunity of a Lifetime! How the wrong retirement Isa could cost you thousands

Savers are on track to have half the retirement fund they could after choosing cash over stocks for their nest eggs.

Hundreds of thousands of Britons have a Lifetime Individual Savings Account (Lisa), which gives them a government bonus of up to £1,000 a year on top of any interest earned.

The Isas can be used to either save for a first home or retirement, and savers can opt for either a cash or a stocks and shares account. They can pay in up to £4,000 a year and receive a 25 pc government bonus until they reach 50.

But if you withdraw your money for any other reason you are penalised and can be left with less than you put in. The stock market is known to outperform ordinary cash savings rates over time, but research for Money Mail has found that most Lifetime Isa savers putting money away for retirement are using simple cash saving accounts.

The survey, by broker AJ Bell, found at least one in three people with Lifetime Isas was using theirs as a retirement fund. However, three in five of those savers had an ordinary cash account.

Neil Lovatt, commercial director at mutual Scottish Friendly, says more needs to be done to stop savers losing out to cash accounts. He says: ‘This is yet another example of the disjointed approach to regulation we’re seeing across [savings] wrappers. We already have explicit regulation in the case of drawdown pensions politicians should be taking much firmer action.’

Lifetime Isas can be opened by people aged between 18 and 39. The average age of those using a cash Lifetime Isa to save for retirement in our survey was 36. HM Revenue & Customs figures show that 545,000 savers where long-term investors should be warned about investing in cash-type assets.

‘Yet outside of pensions, we’re seeing no action being taken on cash- dominated long-term investments. This is a market failure, pure and simple. 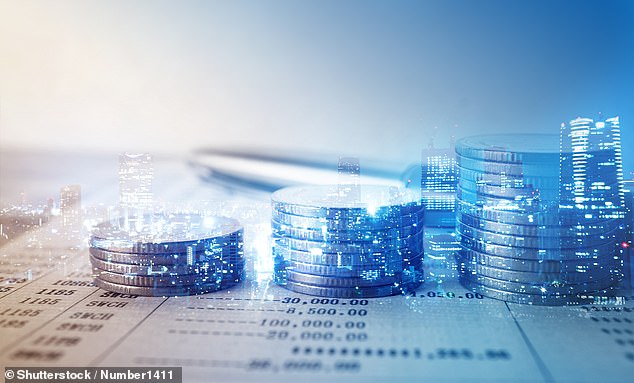 ‘The industry, regulators and put money into a Lifetime Isa in the 2019/20 tax year. The top-paying Lifetime Isa rate is 0.8pc from Nottingham Building Society. Savers using a cash Lifetime Isa for retirement can transfer their money to a stocks and shares Lisa without penalty.

Laith Khalaf, financial analyst at AJ Bell, says: ‘The Lifetime Isa is a pretty good way for basic-rate taxpayers to save for retirement, but those who opt for cash will likely end up with much smaller pots than those who invest in shares. ‘Seeing as money in a Lifetime Isa is actually locked away until you’re 60, if you’re saving for retirement, it definitely makes sense to choose shares over cash over such a long time frame.

‘There will be ups and downs from investing in the stock market, but over the longer term this approach almost always delivers superior returns to cash.

‘Investors in their 20s, 30s and 40s who have so far plumped for cash Lifetime Isas to save for retirement should give serious thought to switching across into stocks. Their future selves will probably thank them heartily.’

You can also open more than one Lifetime Isa, but you can only pay into one each tax year. It comes as figures from wealth manager Quilter found that withdrawal charges hit a total of £33million in the 2020/21 financial year — up from £10 million the year before, and £5 million the year before that. Exit penalties are levied on your whole pot at 25pc, which actually works out at a loss of just over 6pc of your own savings.

Rachael Griffin, financial planning expert at Quilter, says: ‘Lifetime Isas are neither an Isa, with the flexibility to withdraw money at any time, or a pension, which has generous tax relief but requires savers to lock-up their money to at least age 55.

‘They were a muddled idea to start with and the Government should carefully consider their place in the long-term future of the UK’s savings system.’