‘Don’t put me to sleep, I won’t wake up’: Last words of Covid-stricken father before he died

A Covid-stricken told his fiancee over Facetime ‘don’t put me to sleep, I won’t wake up’ before he was put into a coma and then died.

Leon Boase, 40, was terrified he wouldn’t wake up before he was put into a coma, his devastated partner Nichola Jennison said.

The couple had been self-isolating after they both contracted the virus in early November.

Mr Boase showed no symptoms to begin with but ended up being rushed to James Cook Hospital in Middlesbrough, North Yorkshire, with excruciating stomach pains on November 12.

Leon Boase, 40, was terrified he wouldn’t wake up before he was put into a coma at a hospital in North Yorkshire, his devastated partner Nichola Jennison said (both pictured above)

Within 24 hours he was placed on a ventilator and spent the next four weeks fighting for his life in intensive care while his helpless family looked on.

In that time, Mr Boase was diagnosed with pneumonia twice and his kidneys also began to fail.

Doctors gave him just a one per cent chance of surviving but said he would need a lung transplant, which wasn’t available at the time.

A heartbroken Ms Jennison spoke to her partner for the last time over FaceTime after one of the nurses called her.

‘I’ll never forget that. It was so heartbreaking to hear but I told him to stop being silly and that he would be home soon.

‘I just can’t get my head around what happened. He never smoked, he didn’t drink, he didn’t go out, he was always so cautious but now he’s gone.’ 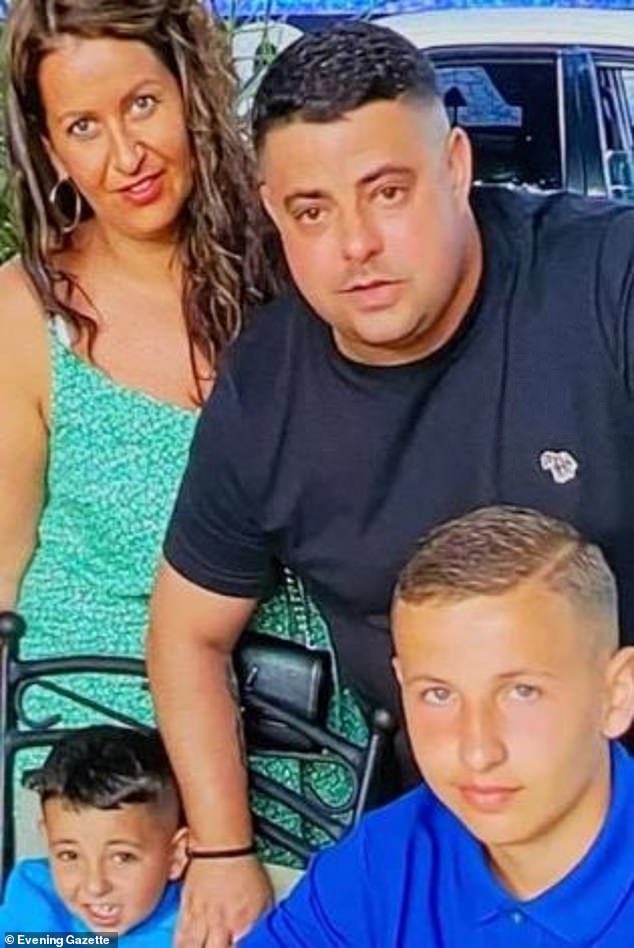 Mr Boase pictured with his family. Doctors gave him just 1 per cent chance of surviving but said he would need a lung transplant, which wasn’t available at the time

Mr Boase was a devoted father to Leo, eight, and stepdad to Leighton, 16. He was also a loving son, grandson, brother, uncle, nephew and cousin.

He worked at KP Food in Billingham, County Durham, and was a talented amateur footballer in his teenage years.

He played for Marton FC during the 1990s and later for Fountains FC.

Ms Jennison described Mr Boase as her ‘first and last love’ ahead of his funeral on Tuesday.

Paying tribute, Ms Jennison said: ‘Leon was the best dad and partner in the world, even when he was moody.

‘All he did was work hard and provide for us. He didn’t ask for anything or hurt anyone; he was just quiet, private and a doting family man.’ 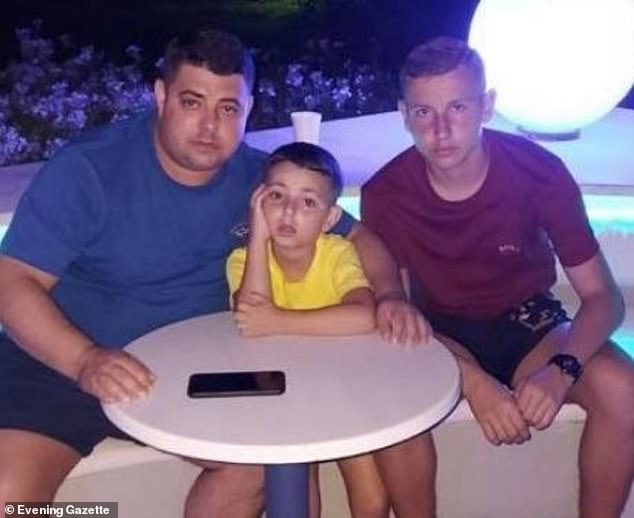 Mr Boase pictured with his son Leo (centre) and stepson Layton (right). Paying tribute, Ms Jennison said: ‘Leon was the best dad and partner in the world, even when he was moody’

Ms Jennison told how the pair had been together for nine years but ‘went out with each other’ for a time when they were pupils at Ormesby School.

Ms Jennison said: ‘We went our separate ways but found each other again. He was my first and last love.

‘He was always one of the cool lads in school; all the girls fancied him.

‘Even when I met him again his hair was always perfect and he always smelt amazing; and he loved his designer clothes, you never saw him without his Hugo Boss or Armani on.’

Ms Jennison said Mr Boase loved to go on family holidays abroad but would be just as happy walking on Saltburn pier with a bag of chips.

Ms Jennison said: ‘Whatever we did, wherever we went, he made it special for us.

‘I’ve told the kids that God only takes the best and that’s exactly what he was.’