Don’t tell my daughters, but I’m dying to be a granny

After I rang my mother more than 30 years ago to tell her I was pregnant, I remember a distinct pause before she offered her congratulations.

I can still remember the wince she made when she heard herself described as Granny after my daughter was born. She must have been in her mid-to-late 50s, and she was in the throes of a relatively new relationship and at the height of her career as an interior designer, and I suspect she thought that being a grandmother was like letting your hair go grey — ageing and unflattering.

But I could not feel more differently. I haven’t gone grey yet, but I am longing for the day that my daughters have children. Among my cohort, awaiting the birth of the first grandchild is a new rite of passage — the engagement ring of the third age. Every time one of my friend’s children gets married, there is a countdown to see how long it will be before they are ‘grandmothered’.

After I rang my mother more than 30 years ago to tell her I was pregnant, I remember a distinct pause before she offered her congratulations (file image)

I spent a few hours recently with the baby of one of my daughter’s friends, and I felt almost faint with the pleasure of the warm, solid body sitting on my lap and the sweet smell of the baby’s head. I was quite happy to let him throw food down my front and to pick up the spoon that he must have dropped about 17 times.

Admittedly, this baby was remarkably well-adjusted and never cried, but I found him a far more entertaining companion than most people I know. His cry of pleasure when I started to hum The Wheels On The Bus felt like the equivalent of winning a Bafta.

One of the saddest things about modern life is that generations don’t mix as freely any more, and as I was playing with little William I realised that he was probably the first baby I had spent time with for a good 15 years.

But, at 22 and 30, my daughters are busy career women who aren’t quite ready for motherhood. I have to restrain myself from saying that if they want to have a baby I would be quite happy to look after it while they go out to work. Although it is quite true, I am old enough at 60 to realise how selfish that would be.

And yet I understand the pain of one of my friends whose daughter has told her she doesn’t intend to have children. Grandchildren are one of the relatively few plus points of getting older, and the thought that it will never happen feels bleak.

Of course, no one should have children simply to please their parents, but it is one of those unspoken losses. The pang of not getting the chocolate that comes with the bitter coffee of old age.

I lived with one of my grandmothers for two years, from the age of five to seven, and I look back on that period as one of the sunniest in my childhood.

While I’m sure I must have missed my parents dreadfully, all I recall is the sense of security I felt. Meals were always on time, my brother and I basked in my grandmother’s full attention, and every night she was there to put us to bed. 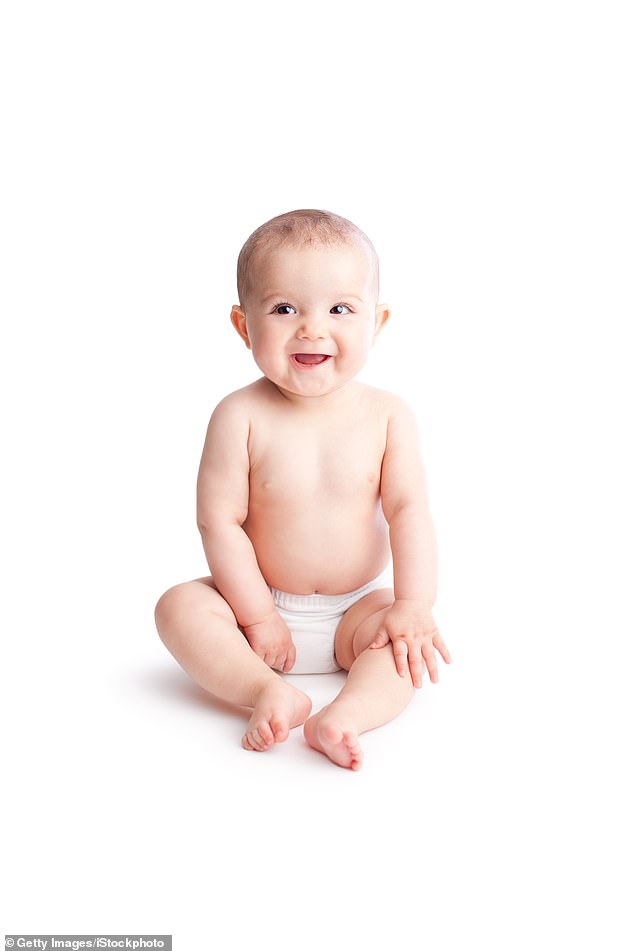 Hopefully my hypothetical grandchildren won’t be as needy or as insecure as I was at that age, but I am sure that I will be a much better grandmother than I was a mother.

When my children were small I was always distracted by my work. I remember breastfeeding with one hand and sending emails with the other. I used to scoff when older women would say to me: ‘Enjoy it while it lasts — they will be grown up before you know it.’

At the time, I could see no end to the sticky hands and supermarket meltdowns. Now I wish that I had paid more attention to my children and less to whatever crisis I was firefighting at the time. It’s not that I regret working, but I wish I had maintained stronger boundaries between my work life and my home life.

If I am lucky enough to become a grandmother one day, I know it will be much easier to give my grandchildren the sort of unconditional attention I often failed to give my children. The great joy of getting older is that you begin to realise that, with limited time left, you don’t want to waste any of it on nonessentials.

My Instagram feed is beginning to fill up with pictures of my contemporaries clutching their precious infant grandchildren. They are all, without exception, beaming.

One friend had not one but two grandchildren during lockdown, and her feed is awash with rows of tiny Wellington boots and wobbly first steps. I don’t often feel envious of other people’s lives, but there are times when I click the like button of yet another proud grandmother through gritted teeth.

It’s not a feeling I ever thought I would have. I thought I would be more like my mother, regarding grandchildren as a necessary inconvenience rather than a late blessing. But I think the difference between my mother’s generation and mine is that she had to fight to establish her career, to be more than a wife and a mother.

When I was growing up I always assumed that I would work and have children. I never felt I was held back by being a mother, whereas my mum, who had four children, definitely did. It explains why she didn’t relish being made a grandmother.

Her youngest child had only just left home, and she finally had some independence. She had just passed her driving test (aged fiftysomething) and was looking forward to zooming around in her red Maserati, which definitely had no room for child seats in the back. I, on the other hand, have made sure that the car we drive has plenty of room for the paraphernalia of small children.

If I do become a grandmother, anything I know about looking after children will be hopelessly out of date. I remember snatching a bottle out of my mother-in-law’s hand which she had filled with orange juice. ‘Don’t you know that is just pure sugar!’ I yelled.

It was a ridiculous overreaction. But, after a life of being in charge, I am looking forward to being an unpaid mother’s helper.