Ever since Miguel Rios and his wife Luvia Roman moved to Indianapolis three years ago, the couple has been subjected to racist tantrums directed at them by Vicki New.

The irate neighbor flew into another of her patented rages Sunday, ripping off a yard sign from the grass and snapping a wood stick in half before flinging it at Rios’ face.

As Roman captured the entire event on her cellphone camera, a security home camera also recorded the entire unfortunate event. 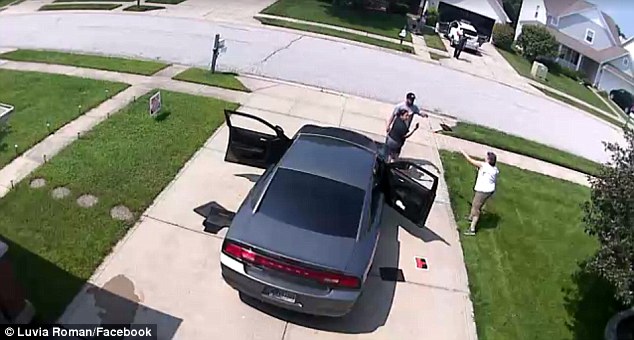 As Roman told her husband not to do anything, New then reached towards the grass lawn and removed another ‘no trespassing sign’, once again breaking the wooden stick in half.

This time she threw it at Roman’s face, barely gracing her.

‘She keeps telling us she’s going to kill us and we’re not sure when that night’s going to come,’ Rios told NBC affiliate WLWT.

‘Threw it at my face and then after that she broke the other one and then it hit my wife in the face. It’s been a living nightmare.’

Carl Banks lives in the same street as the Latino couple and earlier this month shared on his Facebook page a video of New going into a temper tantrum, calling one person the N-word.

Roman told Univision that all of disputes with New and her husband were of the verbal kind until Sunday’s physical confrontation.

Another night in my neighborhood being called a Nigger. This time you on candid camera bitch. Let’s make Vicky famous. 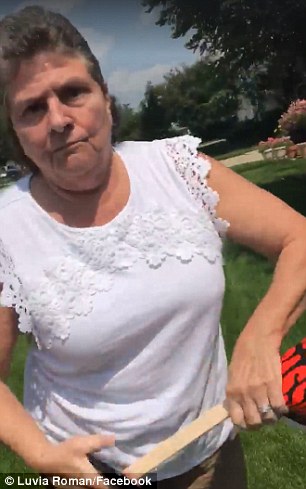 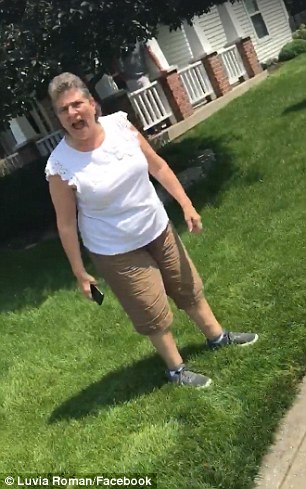 Vicki New goes into another rage, telling a Latino couple, ‘I will kill you’ after she removes a ‘no trespassing’ sign that has been placed by Indianapolis cops 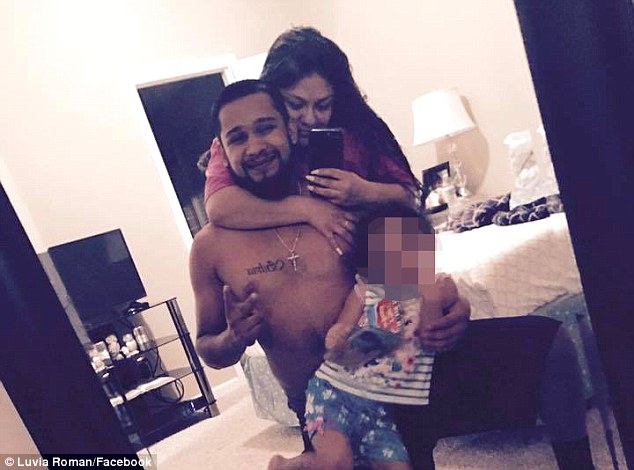 Cops had visited both parties last Thursday after a dispute over the driveway.

While Rios was doing some work on the property last Friday, New came out and started to attack him, an incident Roman recorded on video but has yet to release it.

A cop then arrived on the scene and place the ‘no trespassing’ signs. While Roman and Rios were at dinner, the signs were removed and weren’t placed again until Sunday.

Roman said she lives in constant fear and believes there is nothing she and the police department can do.

‘We’ve never done anything to this lady.’ Roman said. ‘Before we bought and saw the home, she started trying to attack us because we’re Hispanics … When we came out of the care she starts to say go back to Mexico, insults that are so bad that I can’t even say them in front of my daughter, who is barely four-year-old.