When the going gets tough, we often hear about the investment cycle – a way of describing how when the economy expands, contracts, and then grows again, it often impacts on the value of our investments.

Some investors use this cycle as a way of working out when to buy and sell – and to decide which sectors and companies to pick.

On your bike: If you believe that economies move in cycles, then it follows that eventually the bad times must turn to good and vice versa

He says that the UK economy usually veers between ‘boom’ and ‘bust’ – and that the stock market tends to do the same, often ahead of the economy’s own performance. ‘Our animal spirits lead us to become both overly exuberant in the good times and too pessimistic in the bad times,’ he adds.

If you believe that economies move in cycles, then it follows that eventually the bad times must turn to good and vice versa, and that different styles of investment can fall in and out of favour too.

It is a belief that can help investors to pick winning strategies in advance of a change in sentiment. That is, provided they have time on their side and heed expert warnings, not relying too heavily on any one sector or asset class.

Understanding how the cycles actually work

The first step is to understand how the economic cycle works. Ryan Hughes, head of investment partnerships at wealth manager AJ Bell, says there are four distinct phases: ‘slowdown’, ‘contraction’, ‘recovery’ and ‘expansion’.

He adds: ‘You can use this to predict what types of investment should prosper, enabling you to alter your investment strategy as the economy goes through the four phases.’

Another key ‘cycle’ that is worth considering, says Chelsea’s Yardley, is the cycle between two different types of investing: growth and value.

Yardley explains: ‘Growth stocks are those that are predicted to grow faster than average. They are often in sectors such as technology and their shares can look expensive when valued using traditional methods such as profits.

‘In contrast, value stocks tend to be slower-growing businesses – often steadier and predictable – but they generally look cheaper than growth stocks when using traditional valuation methods.’

Another cycle is the ‘supercycle’ – defined as a sustained period of expansion in one type of asset or item, driven by demand. Commodities are currently in a supercycle.

Which part of the cycle are we in now?

With bad economic news a daily occurrence, experts say we’re in the latter phase of the slowdown part of the economic cycle, with more bad news to come. Hughes says: ‘With the country’s GDP expected to fall, we may well soon move into the contraction phase, where we would expect to see company valuations [share prices] fall as the confidence of businesses and companies dips.’

Kyle Caldwell, investment funds specialist at wealth platform Interactive Investor, agrees that the UK is in the ‘late slowdown’ phase, ahead of a recession playing out.

In terms of growth versus value, Chelsea’s Yardley says that the cycle ‘has now begun to reverse’ in favour of value stocks. ‘We’ve seen value start to outperform again,’ he adds.

Finally, many people have talked about a commodities supercycle due to energy transition and the increased demand for the metals needed to make electric cars and solar panels.

James Luke, commodities specialist at investment bank Schroders, says that there is a longevity to the current high prices due to constrained supply. Marcus Phayre Mudge, manager of investment trust TR Property, believes there is the possibility of a ‘green building’ supercycle as a result of the need for materials that will allow homes and businesses to become carbon neutral, including building materials for insulating homes.

How do investors align their portfolios?

There are some steps investors can take to align their portfolios with cycles – and Interactive’s Caldwell says now is the time to act.

He says: ‘At the moment, we are just before a recession plays out. So, now is a good time for investors to have a look at their portfolios and consider adding some recession protection.’

Gareth Witcomb, manager of investment trust JPMorgan MultiAsset Growth & Income, agrees that it is wise for investors to take less risk with their investments. He says: ‘As financial conditions tighten, we as fund managers will increase exposure to cash and run overall lower levels of risk.’

He says: ‘For the cautious investor, the industries that tend to cope best with recessions are those that deliver items you cannot do without – such as healthcare, consumer staples and perhaps even cosmetics.’

Although Edelsten suggests changing your portfolio in terms of exposure to specific sectors, he believes a focus on the US remains the best way forward.

He says: ‘As long as US interest rates keep on rising and the US economy remains less troubled than others, keeping a fair amount of investments in dollar-priced stocks remains, for us, key to coping with a tough second half of the year.’

The tilt towards value investing

If you’re also keeping an eye on the ‘value versus growth’ cycle, Edelsten warns that even though value stocks might seem a good bet for a recession, this is not always the case – so you should pick carefully. 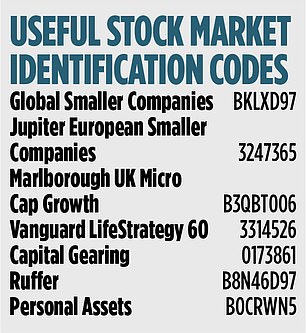 He says: ‘The value universe can include a lot of ‘cyclical’ stocks – from non-food retailers to housebuilders and banks. Recessions are usually not happy times for these sectors, especially if they are also seeing wages or input prices rising substantially.’

As for the ‘supercycle’, most experts warn investors to steer clear. ‘Supercycle should be a term reserved only for describing a top-of-the-range bike,’ says Bruce Stout, manager of investment trust Murray International. ‘It should not be applied to an industry currently having a particularly profitable purple patch.

‘Historically, the term is usually applied to a sector or industry exactly at the time of maximum excessive market valuation in a vain attempt to justify the unjustifiable.’

Funds for now… and looking ahead

Investors wanting funds that will perform well at this stage in the economic cycle need to think defensively.

These have generated three-year returns of 20 per cent, 38 per cent and 18 per cent respectively.

He adds: ‘The trio have low weightings in equities and are invested in plenty of defensive armoury, such as inflation-linked bonds and gold.’

He also suggests Vanguard LifeStrategy 60 – a multi-asset fund which has 40 per cent invested in bonds and the balance in equities.

‘Owing to their greater levels of diversification through investing across various asset classes, such funds should be better equipped to weather a market storm than equity funds that either invest globally or focus on a particular region,’ he says. Meanwhile, Chelsea’s James Yardley says it may be time for beleaguered UK smaller companies to have their day, at least in the coming year.

‘Smaller companies have historically done better when markets anticipate improving economic fortunes as we come out of recession,’ he adds.

These funds have struggled in recent years, with Global Smaller Companies recording losses of 18.5 per cent over 12 months.

Equivalent returns at Jupiter European Smaller Companies and Marlborough UK Microcap Growth are even worse – respective losses of 32 per cent and 35 per cent.

Words of warning for ‘cyclist’ investors

Trying to time market cycles is all very well, but it is always worth ensuring your portfolio is ready for any eventuality.

Stout, at investment trust Murray International, warns that not all businesses will perform in line with the economic cycle.

‘For commodities, energy, steel and manufacturing, this may be the case, but for other businesses new products, greater distribution or evolving technology may be far more important,’ he says.

Meanwhile, Caldwell warns that it is notoriously difficult for investors to get their market timing right. He says: ‘A more prudent approach is to have a diversified portfolio in place that will perform well long term – a mixture of both offensive and defensive investments.’

Yardley, at Chelsea, also warns against putting all your eggs in either the ‘growth’ or ‘value’ basket. ‘This is a dangerous cycle. The danger is you end up with all your stocks or funds pointing in one direction. That can be disastrous as high growth investors have found out to their cost this year.’

For example, investment trust Scottish Mortgage has made serious money for investors by investing in growth businesses.

But this year, as interest rates have risen and economic growth has stumbled, its share price has fallen by 44 per cent.