Mortgages for savvy home- owners who want to use their savings to cut the cost of their debt are this year making a return.

In the past two months, the so-called ‘offset mortgage’ sector has seen a resurgence after both Yorkshire and Vernon building societies launched new deals.

Offset mortgages allow you to tie a savings account to your mortgage debt. You do not earn interest on the money you hold in the saving account — instead, your bank will use this cash to reduce how much interest you pay on your home loan.

In the past two months, the so-called ‘offset mortgage’ sector has seen a resurgence after both Yorkshire and Vernon building societies launched new deals

David Hollingworth, of mortgage broker L&C, says: ‘The offset market has been quieter than perhaps it should have been for new deals in recent years, so it is great news for borrowers that two new offset options have launched in the space of a few months.’

By taking out an interest-only mortgage, you still owe the same amount you borrowed at the end of the term, but by depositing savings in the offset account and keeping your monthly payment the same, homeowners will pay less interest on their home loan and will reduce the size of the debt over time.

Borrowers can take out a mortgage, but only pay interest on the portion of the loan they need to use.

To qualify, you must be aged 55 or over and have at least 50 per cent equity in your home. You only need to pay the monthly interest on the loan.

The balance of the mortgage is repaid when you die or move into long-term care.

Offset mortgages have been around since the Nineties, but many lenders turned their backs on them when interest rates fell, and as borrowers became less concerned with finding ways to cut their mortgage costs.

But experts say this type of deal can still be excellent value — particularly with savings rates so low.

Some lenders will allow you to use the lower interest charges to reduce your monthly mortgage bill. 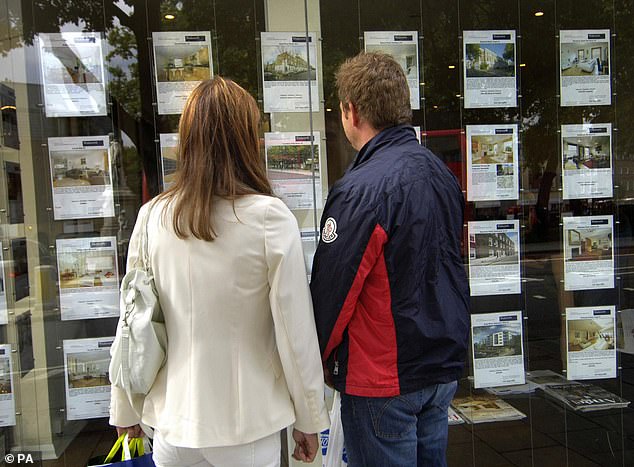 With offset mortgages you do not earn interest on the money you hold in the saving account – instead, your bank will use this cash to reduce how much interest you pay on your home loan

But experts say, that if you continue to pay what you had been before taking out an offset mortgage, you could save thousands of pounds in interest in the long run and clear your mortgage earlier.

This is because more of your repayment is going towards paying off your loan rather than being swallowed up in interest payments.

How much you save depends on your mortgage interest rate and the amount you have in savings.

For example, Scottish Widows’ two-year fixed offset deal has a rate of 1.68 per cent, a £999 fee and is available to borrowers with a 25 per cent deposit.

What’s more, as your savings are not actually used to reduce the mortgage balance, they will still be in tact at the end of the term.

You can withdraw or add to your savings at any time. While your mortgage is paid monthly, interest is calculated daily.

So, if you withdraw your savings, your mortgage interest is recalculated the next day, taking into account the new savings balance.

On average, offset mortgages tend to be more expensive than traditional mortgages, as you are paying extra for the flexibility.

According to L&C, you would need at least £15,000 in a savings account to make up for the difference in mortgage rates.

In recent years, however, some lenders have reduced interest rates, so there is no longer such a large gap.

Six offset mortgage lenders now offer interest rates of less than 2 per cent. Scottish Widows offers one of the lowest rates on the market.

With £15,000 in the linked offset savings account, you would save £22,921 in interest and repay your mortgage 28 months earlier than the original 25-year term.

There are also specialist offset mortgages that allow relatives to add their cash to the linked account. Family and Yorkshire building societies offer these types of deals.

You could also use your savings to pay off a chunk of your mortgage. But it would be difficult to get the money back quickly as you would need to remortgage your home, which is costly and time consuming.