An ’embarrassed’ business owner found his employee painting the wrong house for the eighth time in three years.

Duane Knott was out on a job in The Bryn, south Wales, when he had to take a call to another customer, so asked staff member Wayne Collins to start the painting job.

But when he returned to check on the progress, the 35-year-old owner of Combat Property Maintenance was stunned to find Wayne had started decorating the house next door instead.

Wayne Collins (above) accidentally painted the wrong house when out on a job in The Bryn, south Wales – the third time he has made the mistake in three years

His employer Duane Knott, who runs Combat Property Maintenance, confronted his employer on video when he noticed he was painting the house next door, saying ‘this has happened again’

Video footage, taken by Duane, shows the business owner walking up to the house as he realises his employee is standing on a ladder outside the wrong house – and not for the first time either.

In the video, Duane says ‘this has happened again’ before confronting his employee, telling Wayne to ‘look next door bud’.

The painter looks across at the house next door, which has had plastic sheeting put over the windows to protect them during the painting job.

Duane says: ‘It’s a bit of a giveaway with the window really, isn’t it?’

Wayne puts his hand on his head as he realises his error, with his boss informing him that it is the ‘wrong house bud’.

Duane walks up the driveway, asking Wayne ‘how much have you done?’, as the painter replies that he has ‘done all of the front’ of the wrong house.

Duane says: ‘And you’ve placed the ladders up, right take the ladders down bud it’s the wrong house.’

The footage, which was taken in July, has been viewed more than 176,000 times on Facebook since.

Despite Wayne having been fired a few times in the three years he has worked for the company, Duane says he keeps having him back because he’s such a good painter.

Duane, from Blackwood, south Wales, said: ‘I have actually sacked Wayne a few times but his painting ability when he’s switched on is second to none. 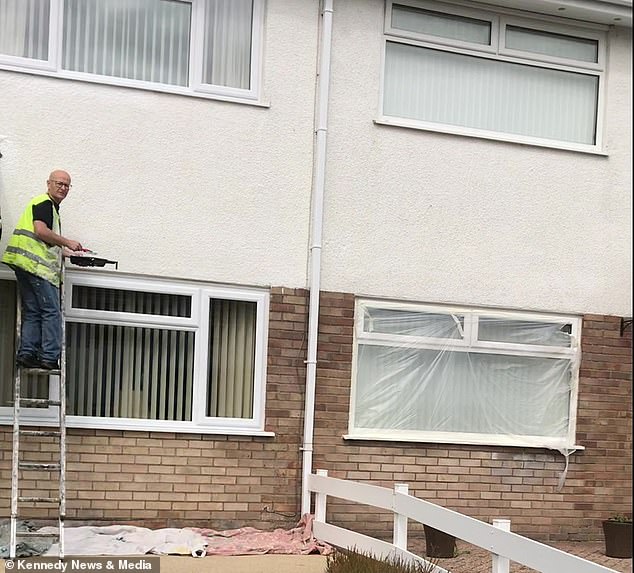 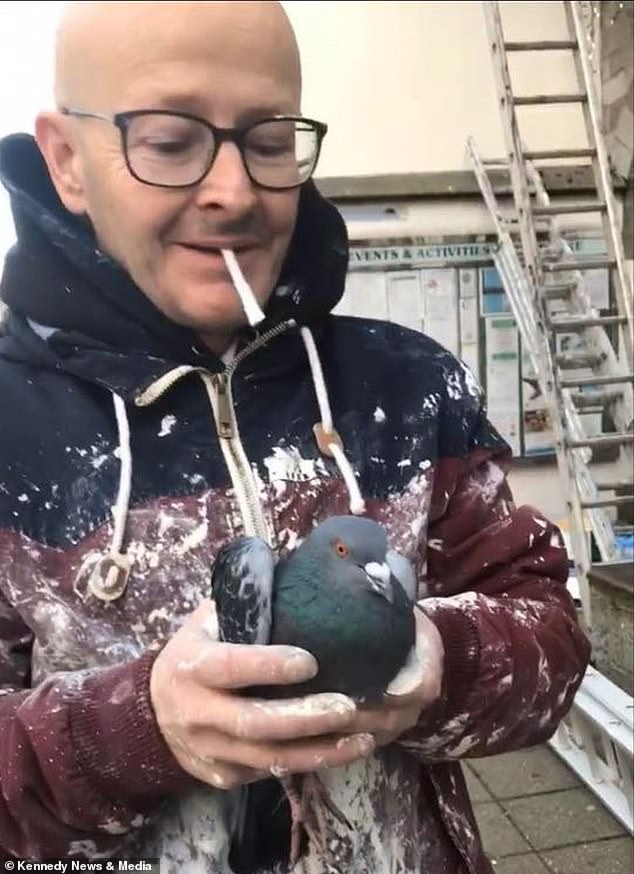 Wayne Collins (above) has been fired a few times in the three years he has worked for the company, but Duane keeps having him back because he’s such a good painter

‘I do have to keep a watch and babysit him. When I’m with him he’s really good.

‘He’s a good distraction too. Painting can be awfully boring but he never stops talking, he’s like a little old woman.

‘I have had one occasion where the house had been done a sandstone colour from white and they did not like that. We then had to re-do that in white, so that house had been painted twice in the same week.

‘On some occasions, they have gotten pretty angry. I’ve just had to talk them around but we still finish the job.

‘It is a bit of a headache that I don’t really need. It brings a bit of stress to the company in man hours and paint costs.’

But Duane added that it is ‘starting to be embarrassing now’

Duane said: ‘Unfortunately both homeowners were out at the time so nobody was there to stop him.

‘However, I’d have thought by going from the window being covered with plastic sheeting that I’d put up, it would have been pretty obvious which one was to be done.

‘But he went ahead. Both houses were white so maybe I should have made it clearer but still, he should have known which one to do.

‘This has happened about eight times in the last couple of years. I’ve asked other companies if they’ve had the same issue with their staff painting the wrong buildings and they’ve just said “no, that’s unbelievable”.’

Duane added that he was initially concerned the business would get a ‘bad reputation’, but says he is ‘almost used to it now’.

He said: ‘I’m almost used to it now. I don’t get angry like I used to. The first couple of times were heart-dropping. I was concerned the business could get a bad reputation.

‘It does mean the house which has been started incorrectly ends up with a free paint job. Thankfully, a lot of people have given me a tip, I think because they feel sorry for me.

‘The first time, I was just shocked and worried what the house would say. Fortunately, this house was really nice and they liked the white paint.’ 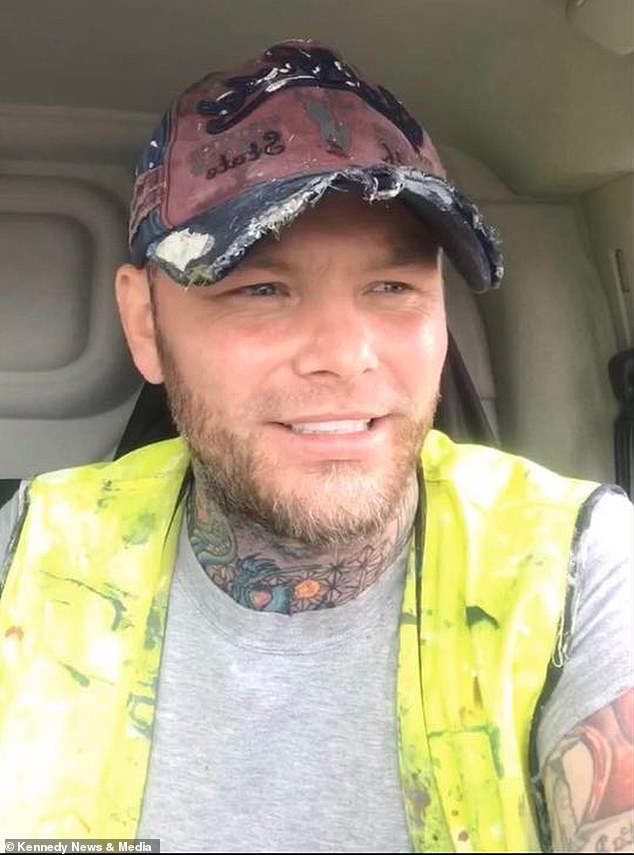 Duane started painting houses five years ago, after a customer from his window cleaning business asked him to do hers.

He has told Wayne that he will be videoing any future mistakes and uploading them to social media for fun.

Duane said: ‘I told Wayne I had to video his mistakes because it’s starting to get a bit ridiculous now.

‘He’s a bit worried but I told him if he stops his errors, he’ll have nothing to be concerned about. Maybe he’ll switch on now.

‘I suppose there’s no such thing as bad publicity.’

Wayne said: ‘I’ve no idea how it keeps happening. It must just be me being a bit thick sometimes.

‘Duane has sacked me a few times, but it’s his business so he has every right. I think he brings me back because he knows I do a good job when I get the right house.’