Two identical-looking minor league baseball pitchers, both named Brady Feigl, have taken a DNA test proving once and for all that they are not secretly related.

Brady Gregory Feigl, 22, and Brady Matthew Feigl, 27, took the test for Inside Edition after months of speculation that the two doppelganger athletes must have been separated at birth.

‘We’re still brothers in a way,’ said the elder Feigl upon learning the results.

‘And we’ll always be Brady Feigl,’ his younger counterpart replied.

The two ballplayers with identical looks and the same name are seen taking a DNA test courtesy of Inside Edition, which revealed they are not related 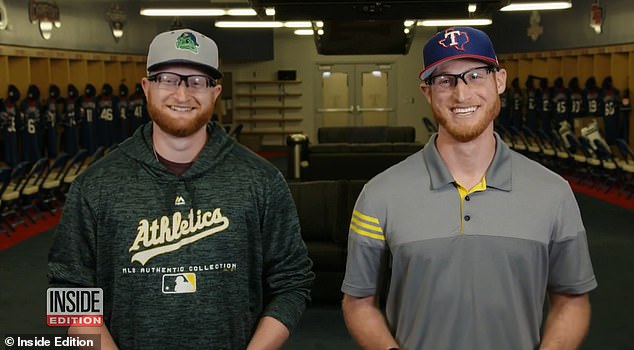 Brady Gregory Feigl, 22, (left) and Brady Matthew Feigl, 27, (right) have fielded speculation for months that they are secretly related, which they put to rest with the DNA test

Aside from their names and occupations, the two athletes share a number of commonalities: they are both six-foot-four and sport red beards and black-rimmed glasses.

That distinction – or, rather, indistinction – was unearthed by Texas Rangers beat writer Levi Weaver on Twitter, when he posted head shots of two minor league pitchers who happen to look nearly identical, stand 6ft4, and have the name ‘Brady Feigl.’

But as hard as it is to believe that the Brady Feigls have different parents and social security numbers, the two of them were actually born five years apart and they throw with opposite hands.

Right-handed Brady Gregory Feigl is 22, was born in Missouri, played collegiately at Mississippi, and is now a member of the Single-A Beloit (Wisconsin) Snappers – an Oakland Athletics affiliate.

His 27-year-old doppelganger Brady Matthew Feigl is a southpaw and Maryland native who played collegiately in his home state at Mount St. Mary’s and is now a member of the Texas Rangers’ Triple-A affiliate, the Round Rock (Texas) Express. 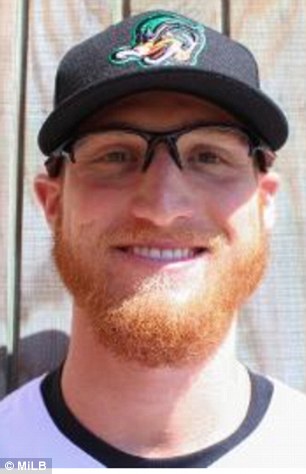 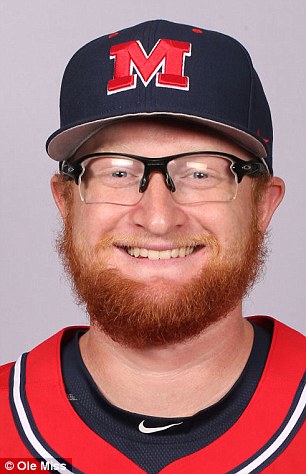 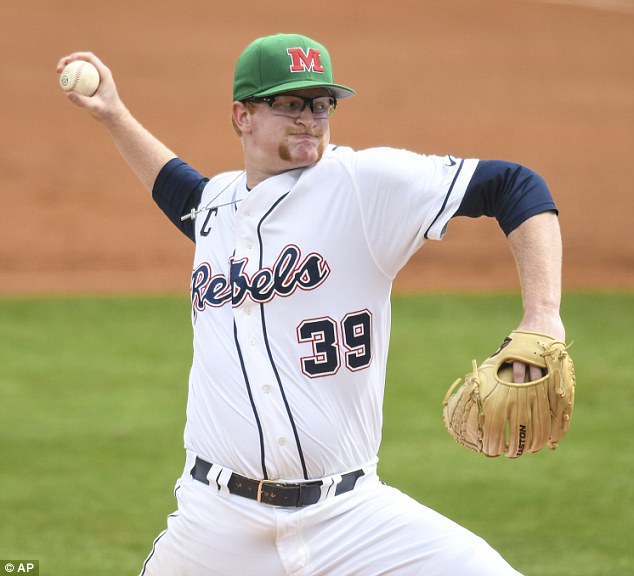 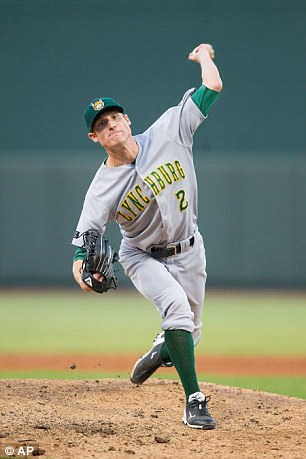 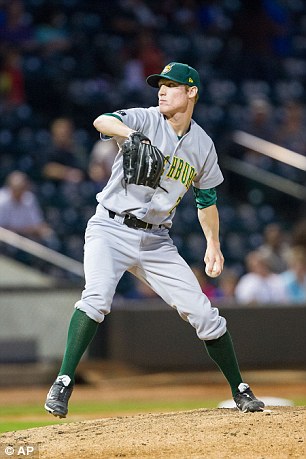 Truthfully, they do look somewhat different when they’re shaven. Specifically, the 27-year-old Feigl (pictured here in 2014 pitching for the Single-A Lynchburg Hillcats) is much thinner

There is no evidence that Brady Feigl and Brady Feigl have ever met, although the two, naturally,get confused for each other from time to time. 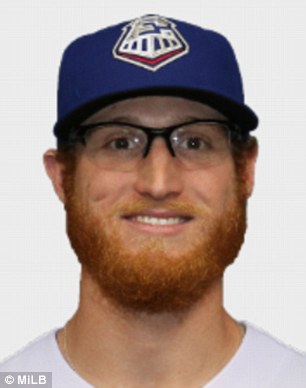 Even the operator of the Ole Miss social media account confused the two when wishing right-handed Brady Feigl ‘happy birthday’ on Twitter in November of 2017.

‘Well….this is awkward,’ responded the Rebels’ account. ‘Our bad.’

That social media user was Ole Miss marketing graduate assistant Mary Claire Hamner, who could not believe what she had stumbled upon.

‘I’m just astounded,’ Hamner told the Jackson (Mississippi) Clarion Ledger in April. ‘Like there’s no way I made this mistake. But they [her bosses] also can’t get mad at me for making the mistake.’

Truthfully, they do look somewhat different when they’re shaven, and the 22-year-old Feigl outweighs the elder by over 30 pounds.

In addition to being confused for each other on Twitter, the elder Feigl makes sure to double-check any baseball card before signing: ‘He has like a Perfect Game card. I’m always like, “Ah, yeah, it’s not me. I’m sorry, I can’t sign it.” They’re like, “Can you still sign it?” I’m like, “No, I’m sorry, it’s not my card”‘

The two players had no idea the other existed until 2015, when they both had the elbow procedure known as Tommy John surgery performed by world-renowned orthopedic surgeon Dr. James Andrews. 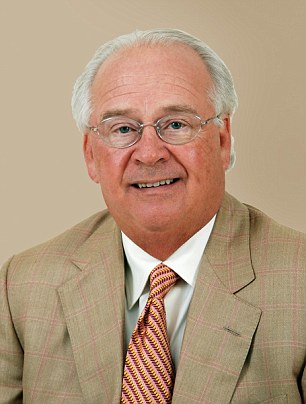 Like many great athletes, both Brady Feigls had their surgeries performed by world-renowned orthopedist Dr. James Andrews

‘The way we found about it actually (was through) Dr. Andrews’ office,’ right-handed Brady Feigl told the Ledger. ‘He’s the guy who (performed) both of our surgeries. I was probably six or seven months out of surgery and their office called our trainer and said, “Hey, when’s Brady reporting for surgery? Is he getting down here tomorrow?” He was like, “He had it six months ago. What are you talking about?”

‘That’s how I found out there was two of us.’

The two have inadvertently picked up some twitter followers intended for the other Feigl, and the 27-year-old southpaw said he makes sure to double check any baseball card before signing his autograph. 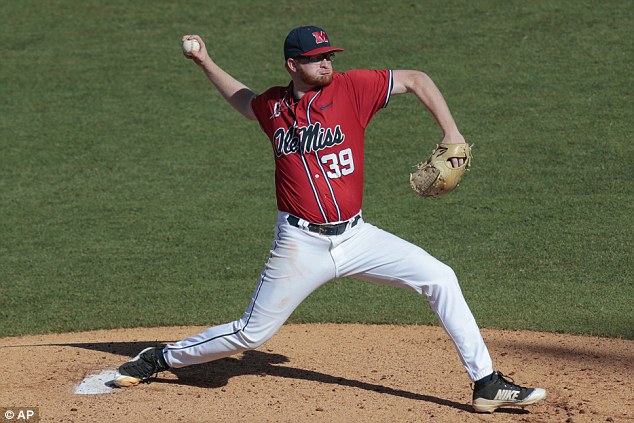 After a stellar career at college baseball powerhouse Ole Miss, the right-handed Feigl now plays for Single-A Beloit in the Oakland A’s system. He outweighs the other Feigl by 35 pounds