Photographer from Dorset shares stunning pictures of his home county to encourage visitors to holiday there once the coronavirus crisis has passed (and that’s probably job done!)

A landscape photographer is sharing some of his best pictures to encourage visits to his home county once the coronavirus crisis is over.

James Loveridge hopes his stunning photographs of Dorset, which relies heavily on tourism, will help promote it as a staycation destination for this year.

The 29-year-old is sharing some of his award-winning images of the area on social media and plans to put some of his favourites together in a 2021 calendar.

Some of the incredible scenes he’s captured include a ‘waterfall’ of fog over cliffs on the Jurassic Coast, a supermoon rising over a chapel in Abbotsbury, waves dramatically hitting the cobb harbour wall at Lyme Regis, a sunset at Chesil Beach and the Milky Way over the iconic Durdle Door.

James, from Bridport, said: ‘I know many people will have been sad to miss paying a visit to Dorset this spring. But there has been a lot of talk about no foreign holidays this year and people having staycations once things get back to normal. I would like to think that my photos will encourage those to holiday in Dorset when that time comes.’

After seeing James’s breathtaking handiwork below, a trip to Dorset will be irresistible… 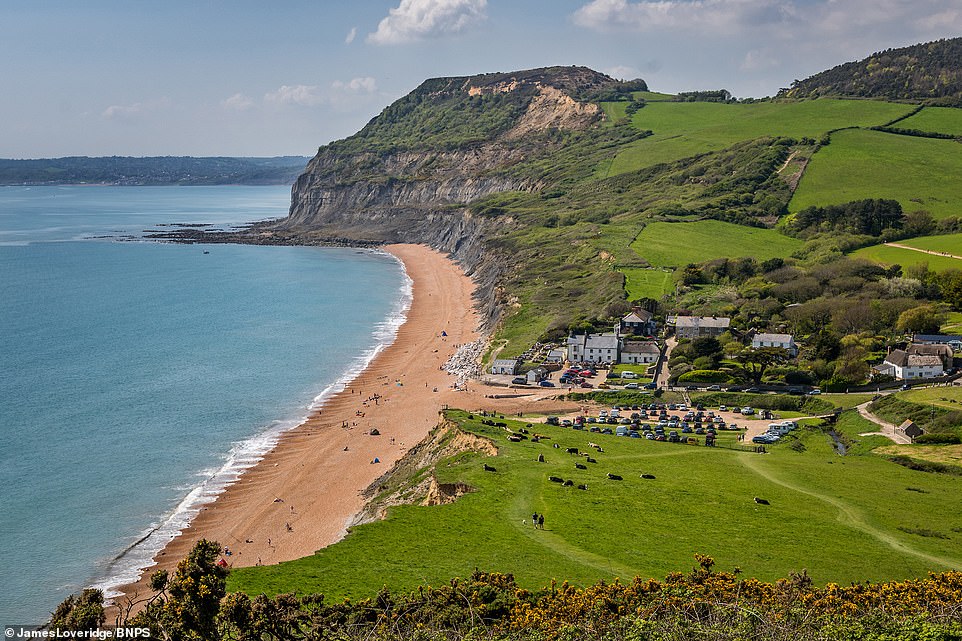 James, from Bridport, captured this sunny scene at Seatown in Dorset during a spring day 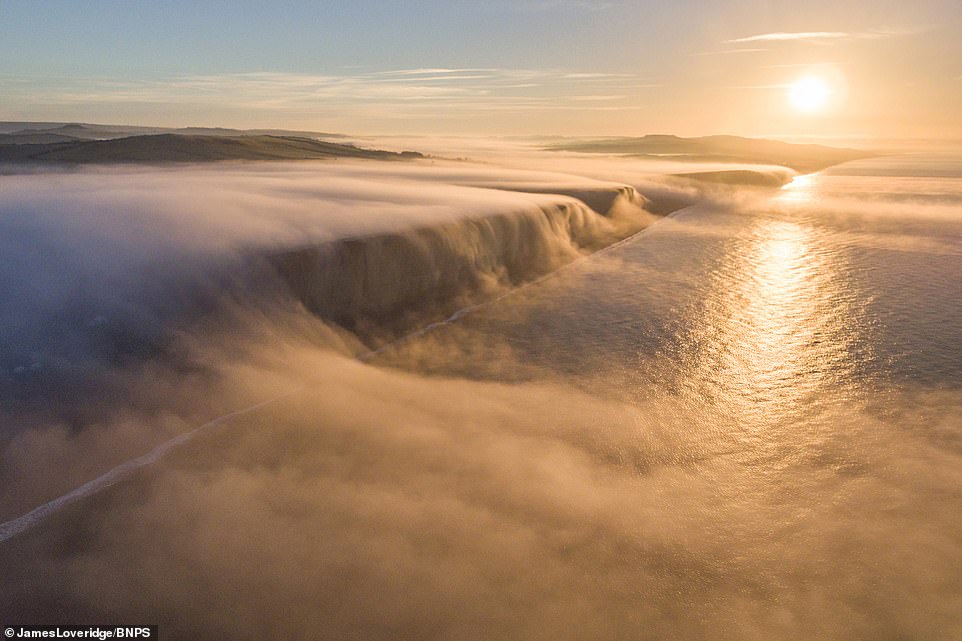 Fog cascades into the sea on the Jurassic Coast. James said: ‘I know many people will have been sad to miss paying a visit to Dorset this spring’ 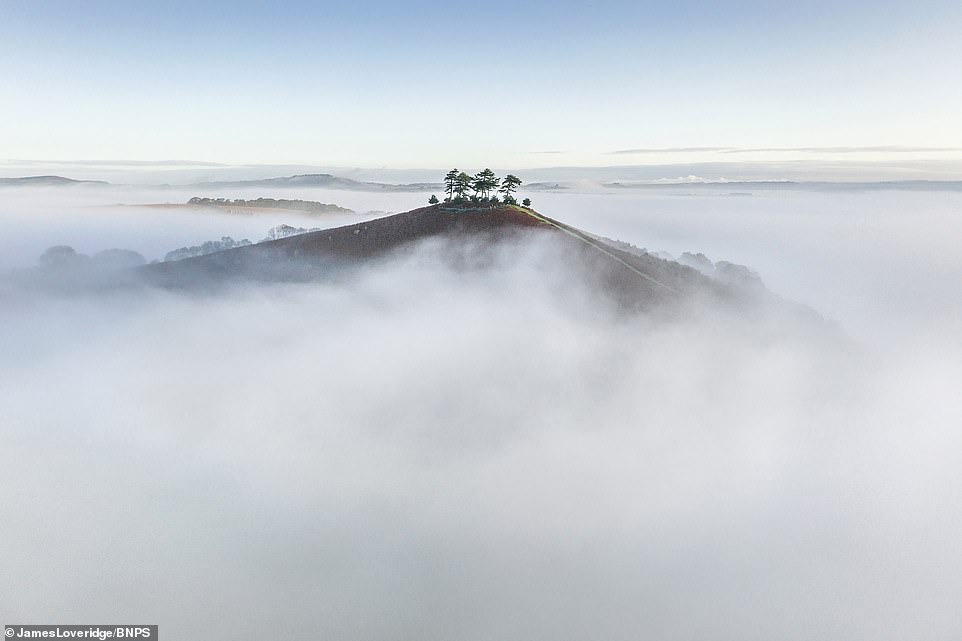 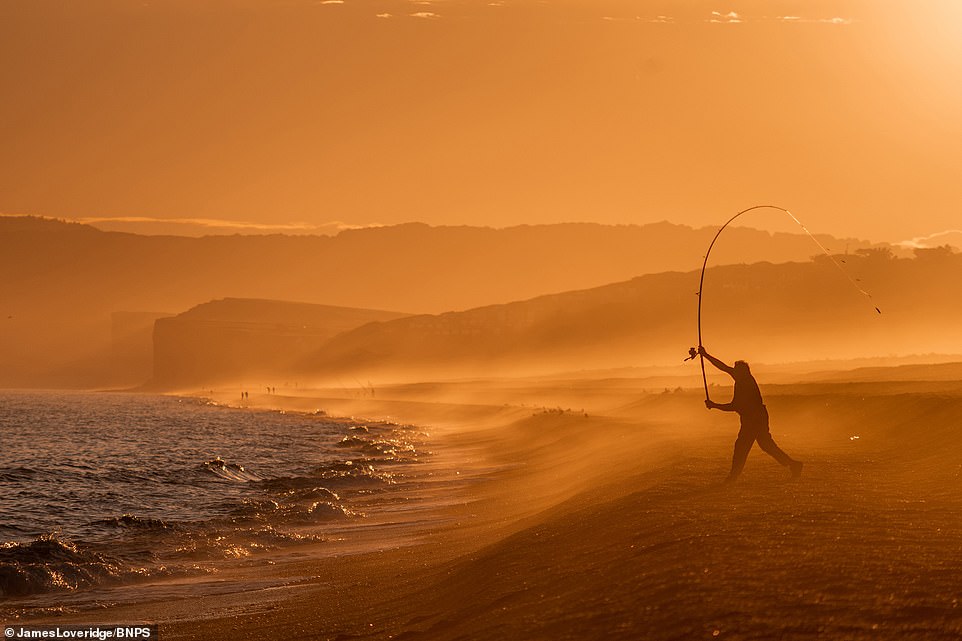 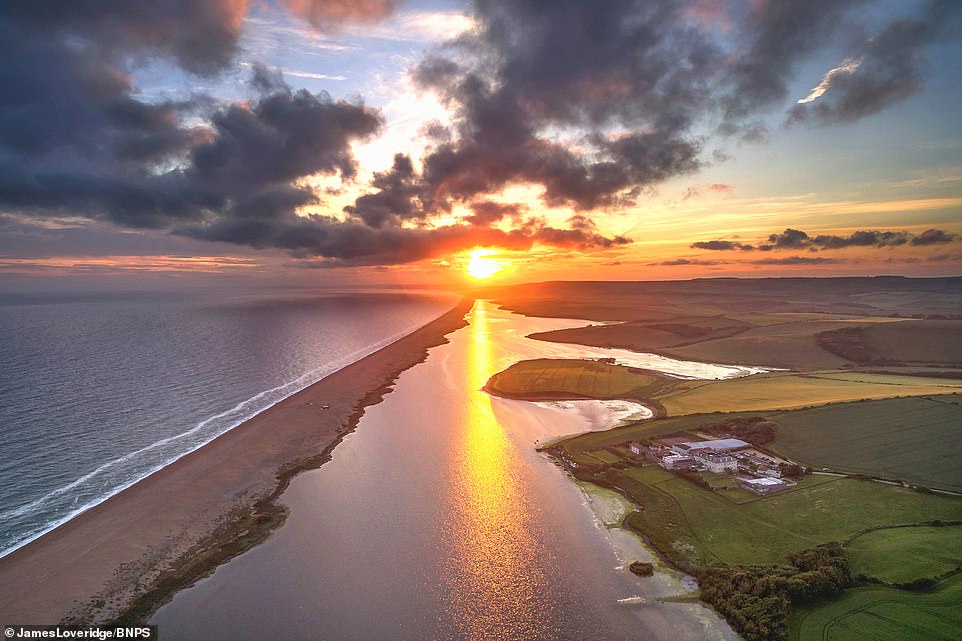 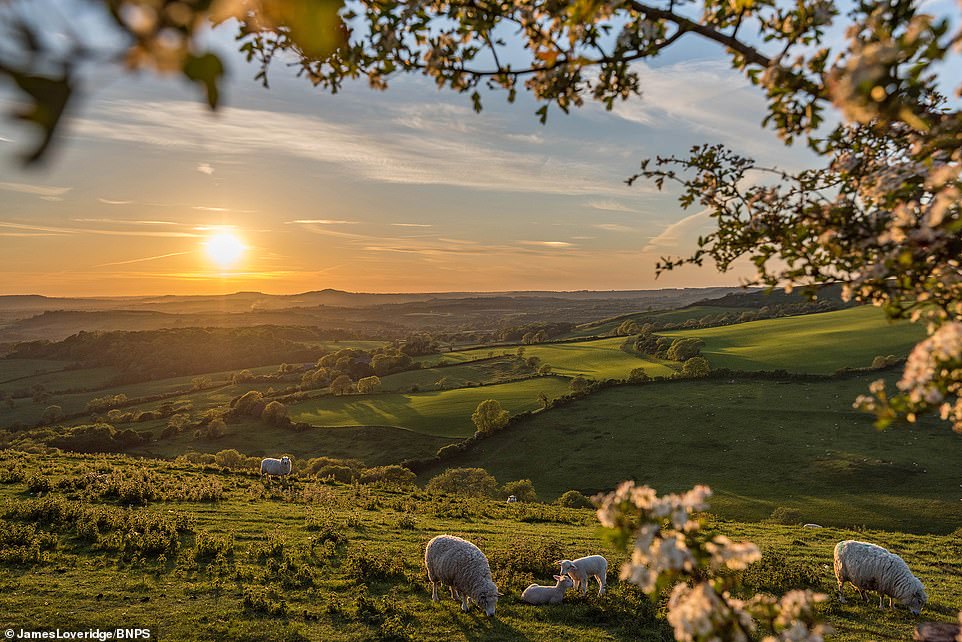 This stunning spring landscape shot was captured on Eggardon Hill, which has views down towards the English Channel 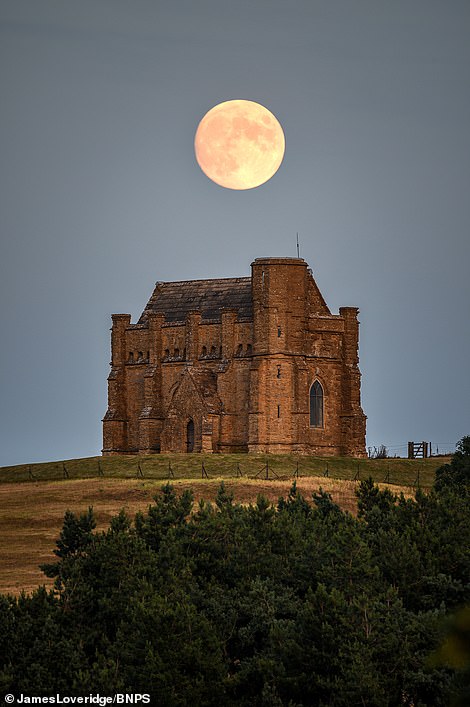 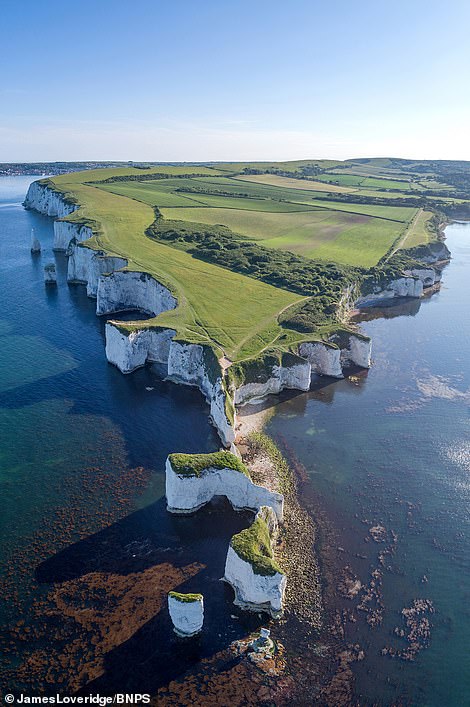 Pictured left is a supermoon rising over St Catherine’s Chapel in Abbotsbury, while pictured right is Old Harry Rocks stretching into the sea from the Isle of Purbeck 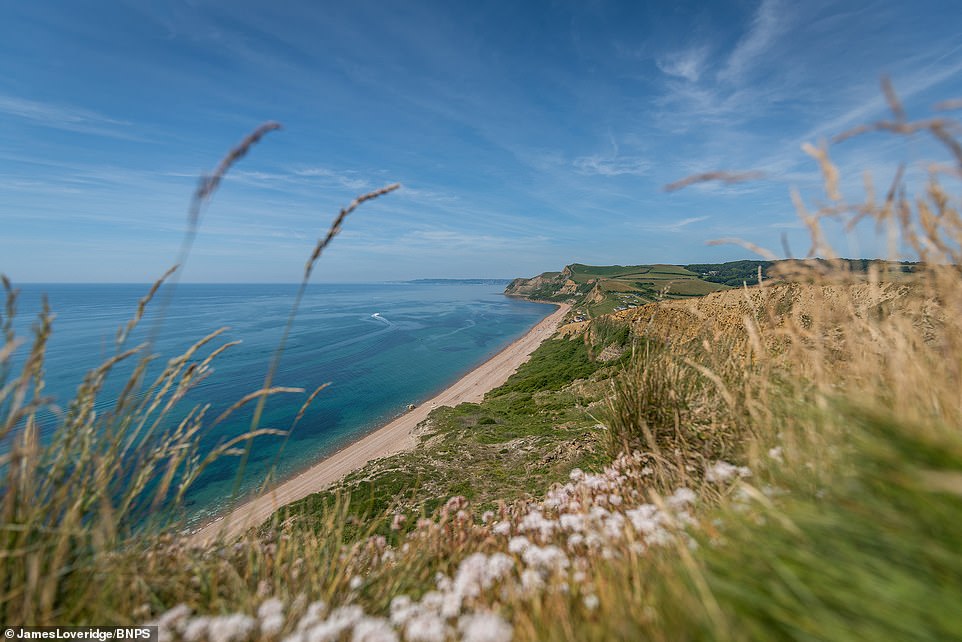 James said: ‘Tourism is very important to many jobs and small businesses in Dorset. I know a number of family firms who really are feeling the pain at the moment.’ Pictured is a summer scene at Eype Beach 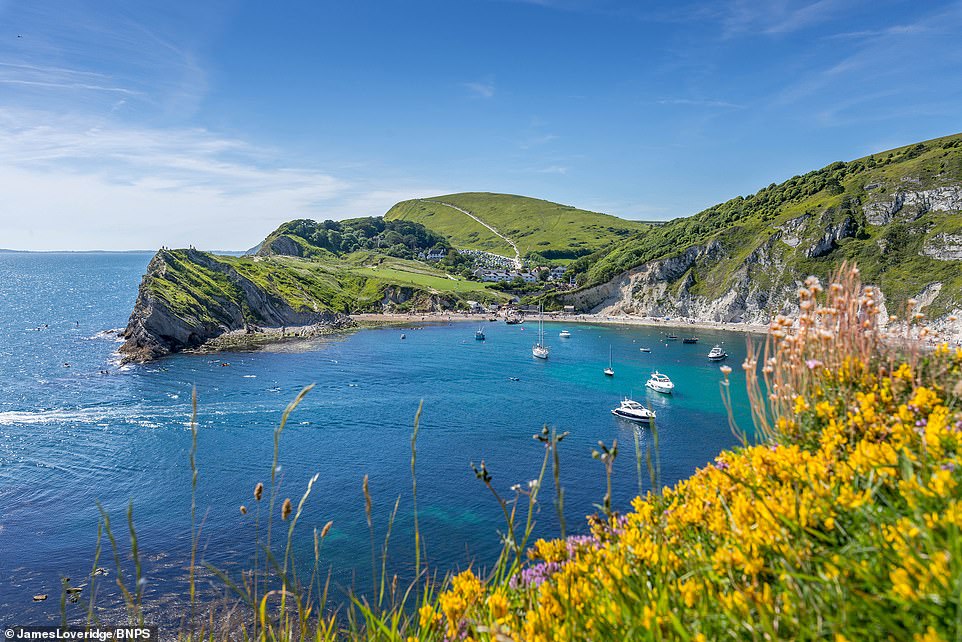 James has been sharing some of his award-winning landscape images of Dorset on social media, including this shot of a glorious summer’s day at Lulworth Cove 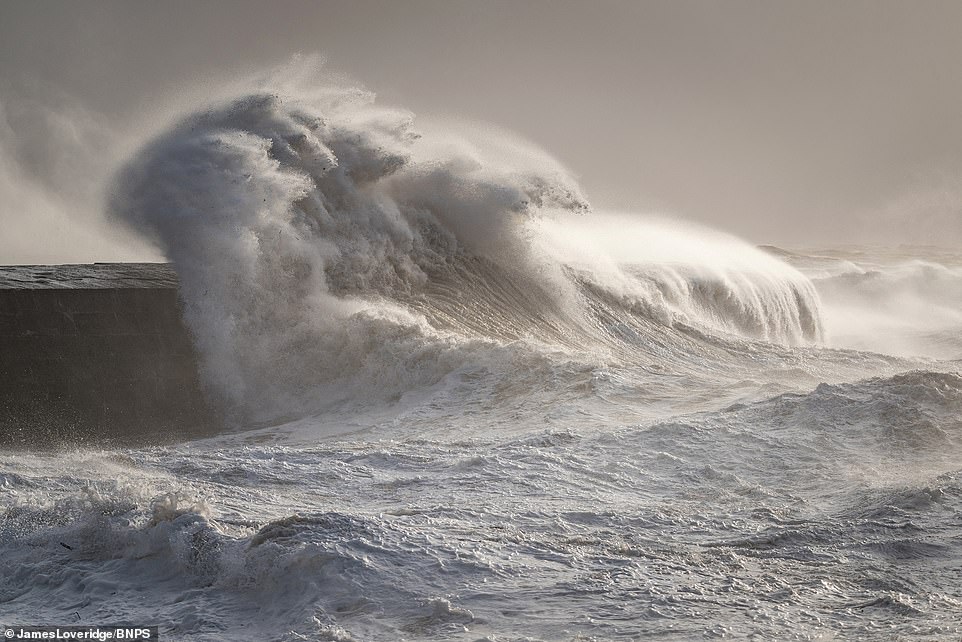 James captured this shot in 2018 when Storm Diana lashed the UK. It shows waves crashing into the harbour wall at Lyme Regis 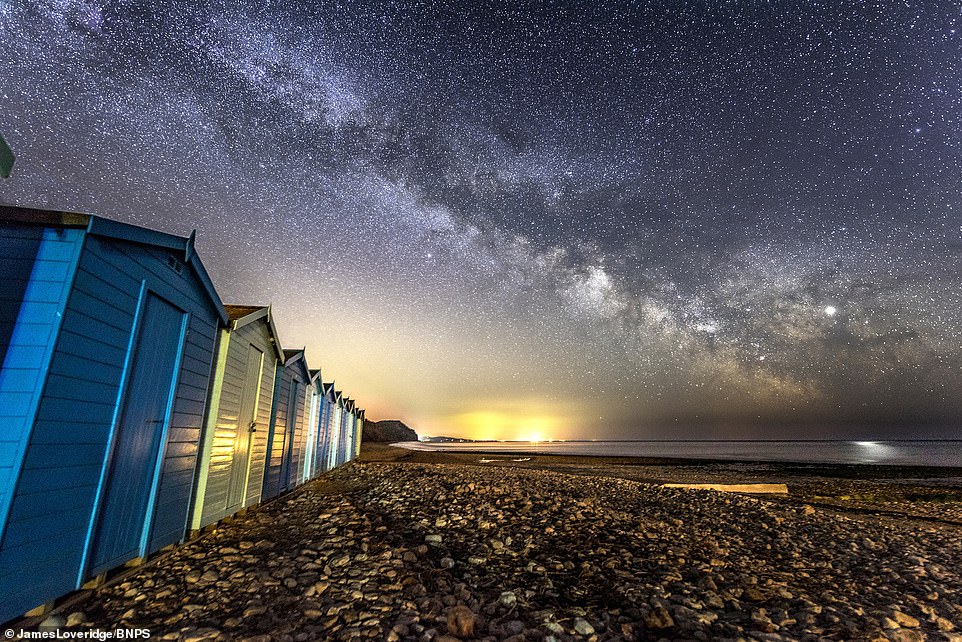 This nighttime shot shows the Milky Way above Charmouth Beach, which is famous for its beach huts 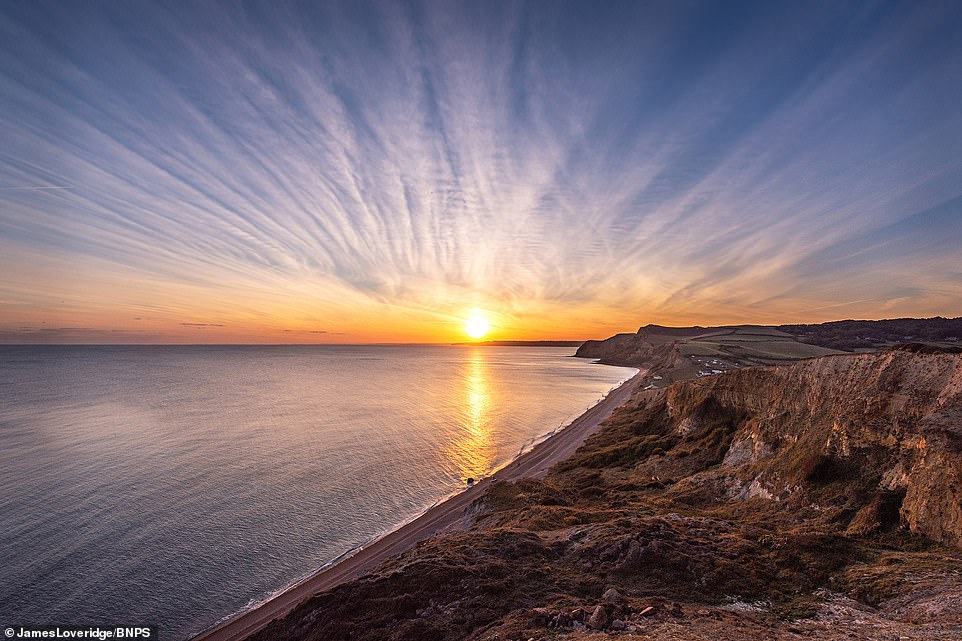 James is planning to put his favourite photos of Dorset together in a 2021 calendar. Pictured is Eype Beach and Thorncombe Beacon at sunset 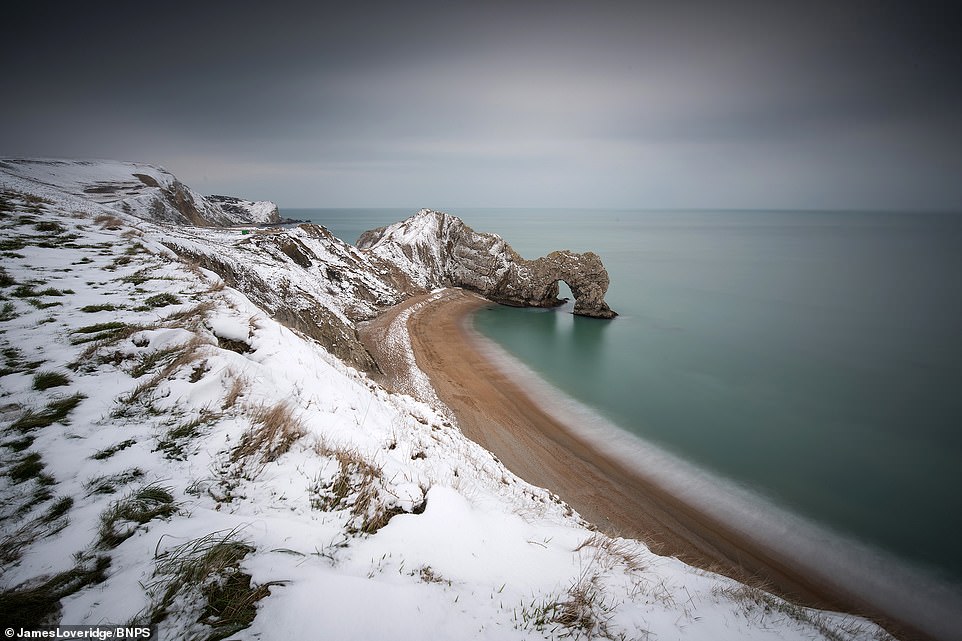 James snapped this serene image of Durdle Door during the Beast from the East storm, which struck Britain in February 2018 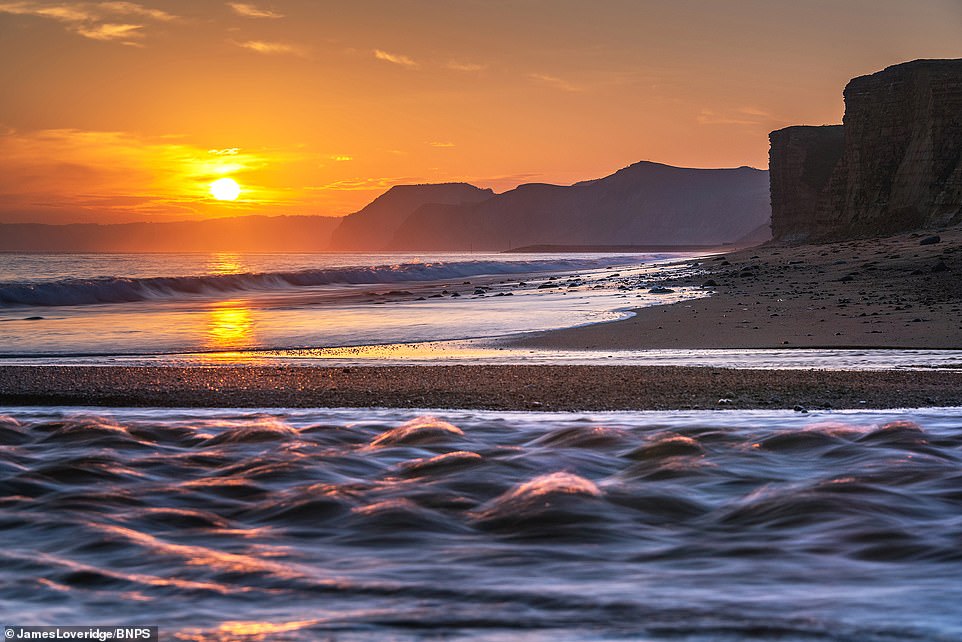 James said: ‘If these pictures can help conjure up the image of a friendly, welcoming and much-loved corner of England, perhaps it can help in a small way to speed the recovery.’ Pictured is sunset at Freshwater Beach 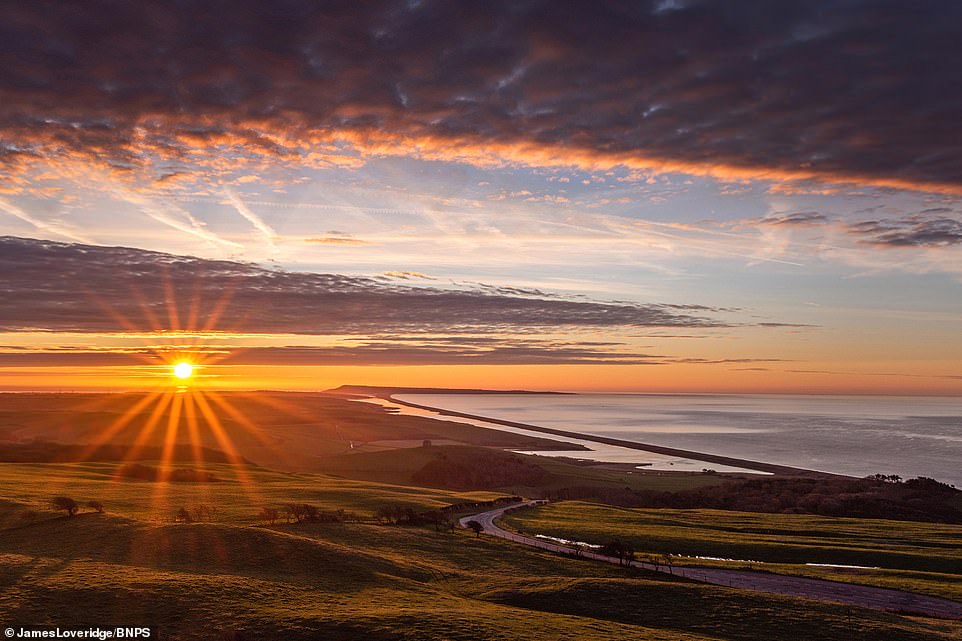 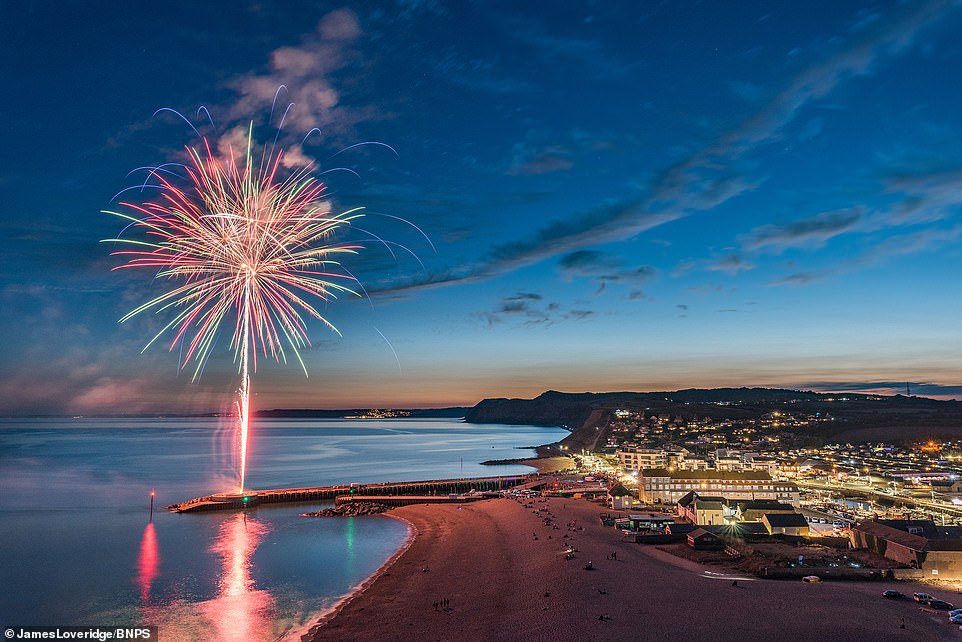 Fireworks illuminate the beaches of West Bay. The area is part of the Jurassic Coast, a World Heritage Site