Dorsett has 2 goals, assist in Canucks’ 4-2 win over Sabres

BUFFALO, N.Y. (AP) – Derek Dorsett had two goals and an assist in the Vancouver Canucks’ 3-2 victory over the Buffalo Sabres on Friday night.

Daniel Sedin, Markus Granlund also scored to help the Canucks improve to 2-1-0 on a five-game trip. Brandon Sutter had two assists, and Jacob Markstrom made 15 saves.

Sedin’s short-handed goal gave the Canucks their first lead of the game 8:10 into the second period. Johnson saved Sedin’s wrist shot from the left circle, but Sedin poked the rebound between the goaltender’s pads.

Buffalo challenged that Jake Virtanen was offside on the goal. After reviewing replays, officials determined that Virtanen had possession and control of the puck as he entered the attacking zone ahead of the puck.

Dorsett tied it 5:52 into the second period. Sutter’s shot from the right circle bounced off Johnson’s pad to the left slot where Dorsett one-timed it in. Dorsett scored his fourth of the season into an empty net with 21.7 seconds remaining.

The Sabres opened the scoring in the opening minute when Ryan O’Reilly sent a backhand pass from the corner to Bailey in the slot. Bailey moved from right to left and slipped a backhander past Markstrom.

Granlund knocked in the rebound from Sutter’s shot to tie it for Vancouver midway through the first period.

Eichel scored his third of the season to make it 2-1 with 2:40 left in the first. The star center flipped the puck between the skates of Canucks defenseman Ben Hutton and sent a wrist shot from the right circle between Markstrom’s pads.

Canucks: At Detroit on Sunday night.

Sabres: At Boston on Saturday night. 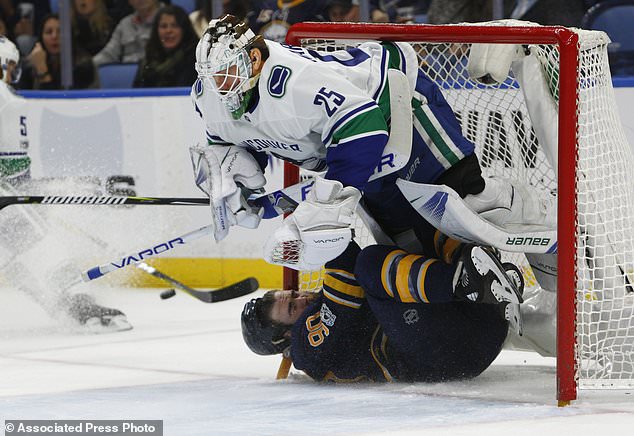 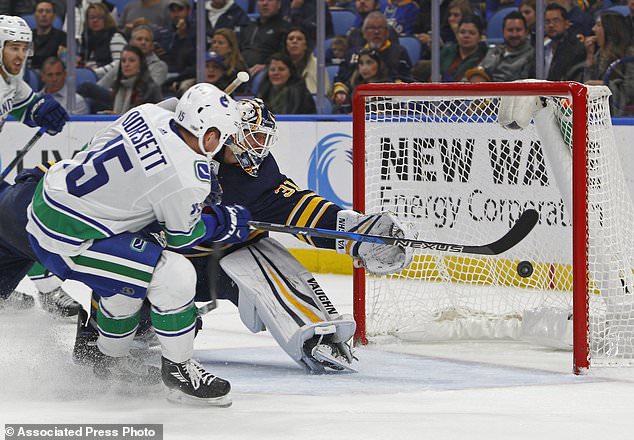 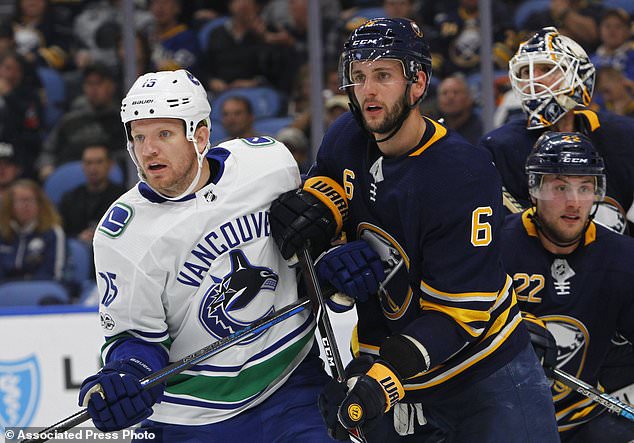 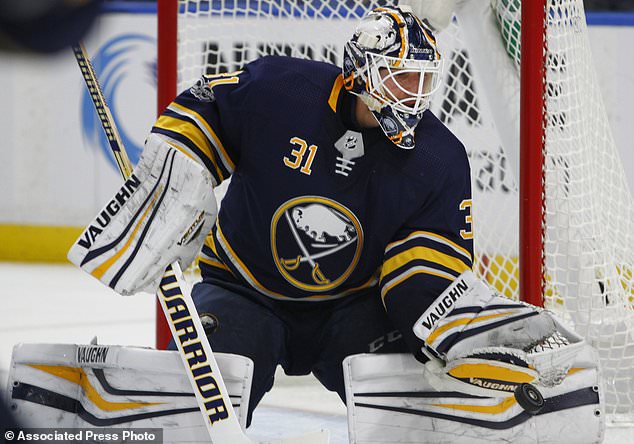 Buffalo Sabres goalie Chad Johnson (31) makes a save during the second period of an NHL hockey game against the Vancouver Canucks, Friday Oct. 20, 2017, in Buffalo, N.Y. (AP Photo/Jeffrey T. Barnes)