Mackenzie Bezos says that what made her fall in love with her future husband Jeff was his laugh, a full-throated roar like that of a James Bond villain that she would hear continually in the office of the New York hedge fund where they met.

It seems highly unlikely the world’s richest man is laughing quite so uproariously today after his personal life came crashing down in pieces, potentially jeopardising his Amazon business empire.

The money-hungry technology king with an estimated $137billion fortune may soon lose his top billing on the world rich list in the mother of all divorce settlements.

Only hours after the online retail giant’s boss and his wife of 25 years announced that, as ‘cherished friends’, they were divorcing ‘after a long period of loving exploration and trial separation’, it was claimed that he had been having an eight-month affair with the wife of a friend and Hollywood business partner.

Lauren Sanchez, a 49-year-old helicopter pilot and ex-TV presenter, is – with her talent manager husband Patrick Whitesell – a neighbour of Mr and Mrs Bezos outside Seattle.

So much for the drippy announcement by the Bezoses, who have four children together, in which they said they would ‘continue our shared lives as friends’.

The National Enquirer magazine yesterday predicted the marriage ‘is set to explode in all-out war’ after it spent eight months investigating how the ‘hot-blooded’ Bezos, 54, had ‘cheated’ on his novelist wife.

It insisted last night that, contrary to their claims, neither of the spouses had been aware of the alleged infidelity when the affair started. According to the magazine, Bezos and Miss Sanchez had told their other halves they were working together on a film project, to explain the amount of time they spent together.

Separately, it was claimed yesterday that Bezos and his wife, who married him before he started Amazon with her considerable help, had no pre-nuptial agreement.

Under the ‘communal property’ laws of Washington state – where they principally live and reportedly plan to file divorce papers – without a pre-nup, all assets of a divorcing couple that were acquired during their marriage must be divided up fairly and equitably. 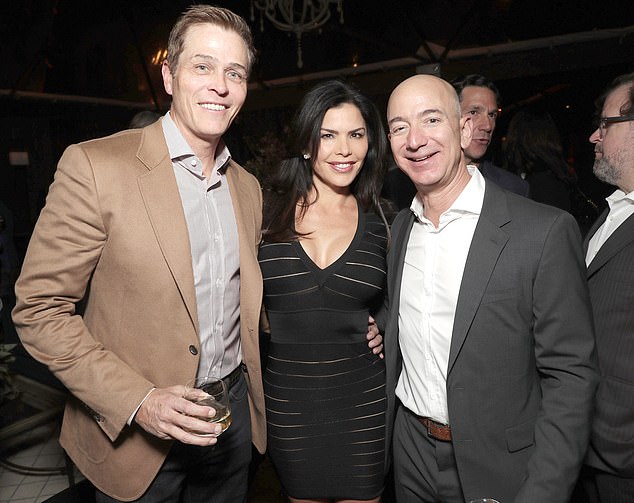 This doesn’t necessarily mean an even split, but it could make Mrs Bezos the world’s richest woman. And given much of Jeff Bezos’s wealth is tied up in some 80million Amazon shares (16 per cent of the company, making him its largest shareholder), this scandal could also dislodge his grip on the world’s most valuable company and plunge international stock markets into disarray. As she ponders her next steps, Mrs Bezos may find inspiration, if not solace, in the Enquirer. In what it says has been the biggest investigation in its history, it spent four months following Bezos and his mistress, trailing them ‘across five states and 40,000 miles, tailed them in private jets, swanky limos, helicopter rides, romantic hikes, five-star hotel hideaways, intimate dinner dates and ‘quality time’ in hidden love nests’.

The Enquirer has published the photographs it captured of his alleged trysts with Miss Sanchez – a woman with a penchant for plunging necklines and figure-hugging outfits – across 11 pages. It said its investigators at one time photographed them together six times in 14 days. 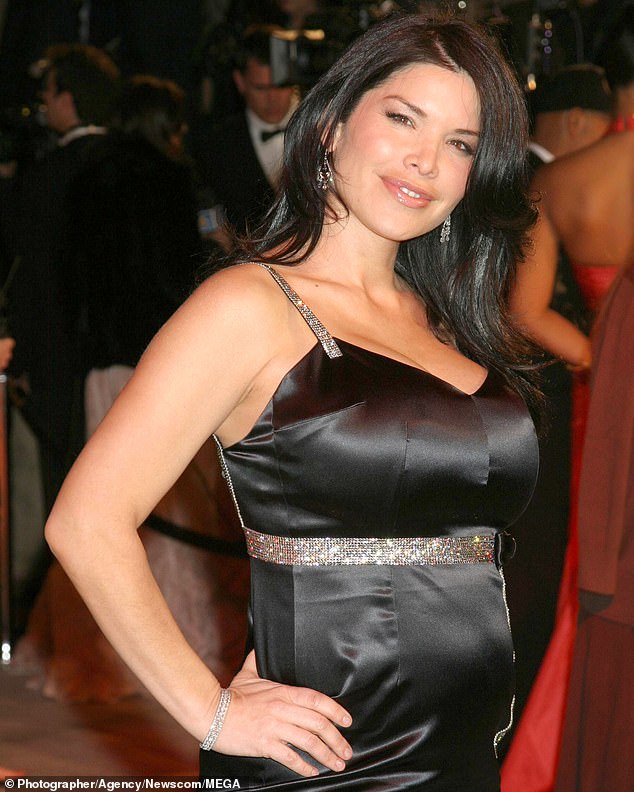 Lauren Sanchez, the woman at the center of Jeff Bezos’ divorce

It said Bezos, a self-described ‘family man’, used his $65million private jet to whisk his lover to ‘exotic getaways’ and ‘rendezvous at his palatial private estates’.

Those include a huge ranch in Texas, an apartment in Manhattan, a mansion in Beverly Hills and a 27,000 sq ft converted museum in Washington DC.

According to the magazine, the pair even got together at the same hotel in Boston where the Bezoses stayed when they visited their son for Parents’ Day at the Massachusetts Institute of Technology.

The Enquirer also accused the couple of indulging in ‘mile-high shenanigans’, running pictures of them boarding his Gulfstream jet and disembarking later with Miss Sanchez wearing far fewer clothes. 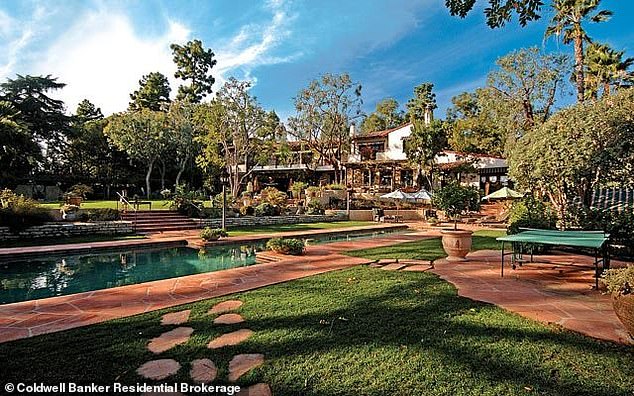 The Enquirer notes that one amorous missive was stamped with the date back in May, making clear that their reported affair began long before the couples publicly announced their separation.

Miss Sanchez and Amazon have refused to comment on the affair claims. A representative of Bezos said: ‘Jeff remains focused on and engaged in all aspects of Amazon.’ A source close to Bezos told the New York Post: ‘Jeff and MacKenzie tried very hard to work things out. They separated last year, then Jeff and Lauren started dating. MacKenzie knew they were dating.’

A lawyer for Bezos told the Enquirer it was ‘widely known’ that the Amazon boss and his wife had been ‘long separated’. Yet that, the Enquirer countered, was a risible assertion which it challenged by publishing a photo of Bezos with Miss Sanchez at the Golden Globe Awards last Sunday. A wedding ring is clearly visible on his finger, although a witness said they were getting ‘touchy’ at an Amazon awards after-party.

The Bezoses also celebratied their 25th wedding anniversary in a Miami nightclub in September.

With both sides in the affair insisting that neither was cheating in secret on their spouses, the timing of the texts – reportedly sent before the summer – would also undermine claims by a source close to Miss Sanchez that she and Bezos had separated from their spouses last autumn.

A source told the Daily Mail: ‘Patrick and Lauren have been on and off for a few years and they separated last year. Things are amicable, he was aware of her relationship with Jeff.’ 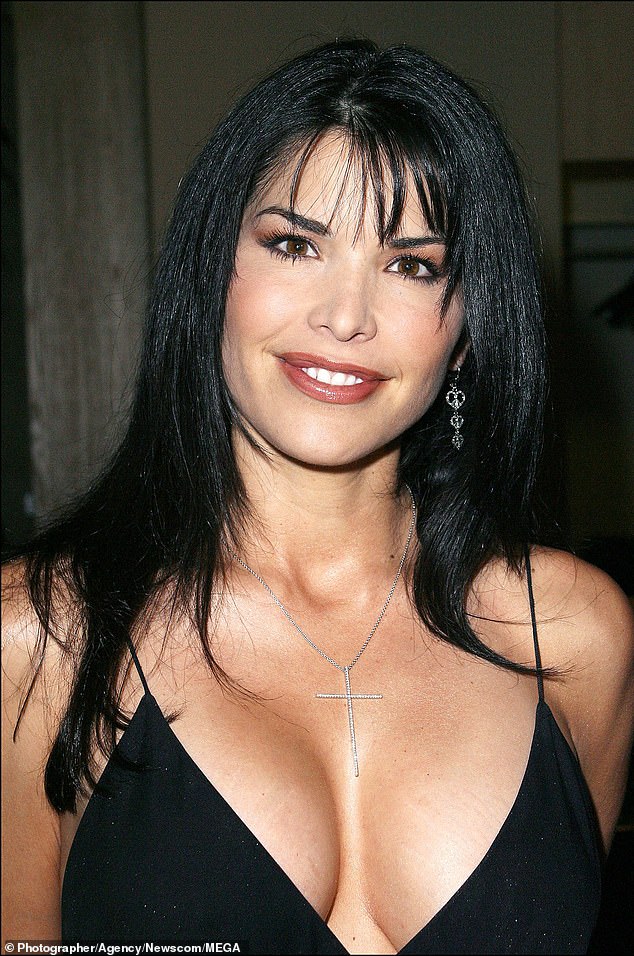 Bezos met Miss Sanchez through her husband, one of Hollywood’s most powerful actors’ agents

However, Enquirer insiders countered that the Bezos and Sanchez camps were trying to spare the blushes of their respective spouses by suggesting they had all known about the affair for some time. The magazine believes the details about the extent of the affair will come as a shock to both Mrs Bezos and Mr Whitesell.

It said that the only reason Bezos announced the divorce on Wednesday was because, 48 hours earlier, the magazine had informed him of its story and intention to publish.

Bezos met Miss Sanchez through her husband, one of Hollywood’s most powerful actors’ agents. He and Bezos worked together on the Amazon-funded 2016 film Manchester By The Sea. 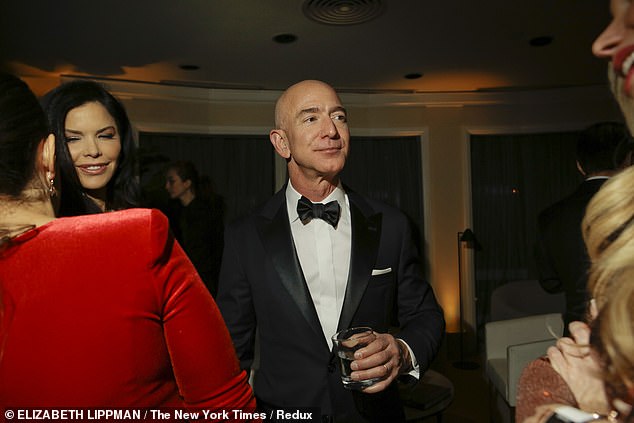 Jeff Bezos, Amazon’s chief executive, at the company’s Golden Globes after party in the Stardust Penthouse at the Beverly Hilton Hotel

According to the Enquirer, the affair started after Bezos flirted with Miss Sanchez under her husband’s nose when the latter hosted a party for the Oscar-winning film at their home. Bezos posed for photos with the couple and reportedly whispered to her: ‘You can’t fight chemistry!’

The Whitesells married in 2005 and have two children. (She also has a teenage son from an earlier marriage to a former American football star.) They have yet to file for divorce.

Miss Sanchez is a former host of American TV show So You Think You Can Dance, and had minor roles in films such as Fantastic Four and Fight Club.

According to the Enquirer, Mrs Bezos almost once caught out her philandering husband when she discovered a flight manifest for his private jet and asked why Miss Sanchez was the only passenger.

‘Jeff just passed it off as being business related,’ according to an insider, who said the Amazon boss would use the codename for his lover of Wendy, her birth name. 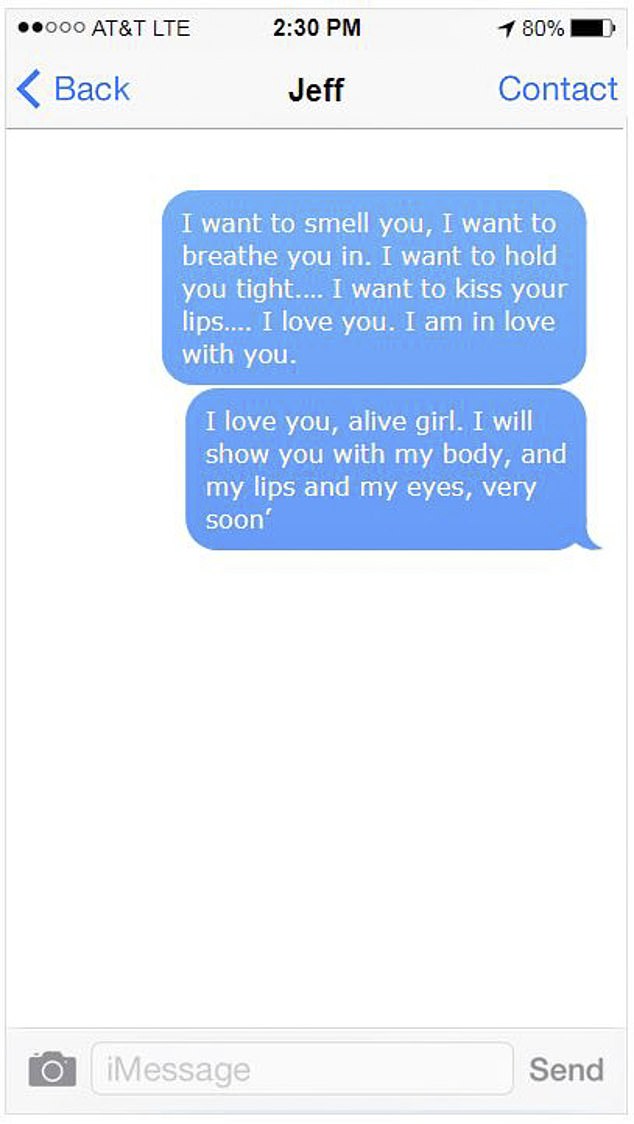 For many, this may seem a wearily familiar tale – admittedly, spiced up considerably by the stupendous amounts of money involved – of a middle-aged rich man trading in his wife for a more glamorous replacement.

Yet Mrs Bezos is actually a year younger than her love rival and, like her once weedy-looking husband, has undergone a dramatic transformation which has clearly involved long hours in the gym.

Their marriage had always seemed refreshingly down-to-earth and solid for a couple so impossibly wealthy. Despite owning a vast property empire stretching to five

huge homes and 400,000 acres of land, they insisted they wouldn’t let their children become isolated by their enormous wealth.

Although the family live in a $28million home on Lake Washington near Seattle, Mrs Bezos was often seen tootling around the neighbourhood in a modest Honda people carrier.

Both graduates of Princeton, they met when Bezos interviewed her for a job at a Manhattan hedge fund where he’d become a vice-president by 30.

After she made the first move with the shy Bezos by asking him out for lunch, they were engaged within three months and, after another three months, they married in 1993.

‘I love you, alive girl. I will show you with my body, and my lips and my eyes, very soon.’

‘I want to smell you, I want to breathe you in. I want to hold you tight.… I want to kiss your lips…. I love you. I am in love with you.’

‘I miss you. I want to kiss you right now and tuck you in slowly and gently. And maybe in the morning wake you up and not be quite so gentle with you.’

‘Your energy and ideas and competence and SPIRIT turn me on. You make me better. You’re meant for me.’

‘I am so full of love for you. My heart is growing just so it can have room for you. It’s bigger than it’s ever been and still swelling.’

In 1994 the couple packed up and drove across the US to set up Amazon from scratch out of the garage of their rented home in a Seattle suburb. She handled the accounts and negotiated contracts with freight firms.

Bezos is famous for his volcanic temper and gargantuan ambition, but not for being a ladies’ man. Before he met his future wife, he used to ask friends to set him up on blind dates. He applied his famously analytical mind even to the opposite sex, admitting he took up ballroom dancing because he thought it would introduce him to a better class of women.

He boasted about increasing his ‘women flow’ – adapting a banking phrase to mean that he was widening the availability of potential partners.

He said his main criteria in a woman was that she should be resourceful enough to get him out of a Third World prison. His criteria may have changed since then, though Miss Sanchez’s ability to fly a helicopter would certainly come in handy in a jail break.

However, his confidence with women may have been improved not only by becoming immensely rich but also by a physical transformation in recent years from a pasty-faced nerd to a shaven-headed he-man with biceps bulging under his designer clothes.

For all that, he cannot enjoy the prospect of being separated from up to half his fortune. Associates say his goal has always been to become richer than anyone else, and he has been notoriously stingy with charities.

‘The divorce is going to be ugly,’ said Bezos’s aunt, Kathy Jorgensen. ‘MacKenzie will take him to the cleaners … she went through everything as he went up the ladder – she deserves it. She knows the dirtiest secrets and he knows that.’

Divorce lawyers yesterday predicted that for the good of the family’s long-term fortunes, MacKenzie Bezos will not want to weaken her errant husband’s control over Amazon by forcing him to sell his shares, thereby diluting their value. However, any sense of goodwill and restraint might just go out the window once she learns of the scale of her husband’s alleged deception.