Teenager, 16, fighting for life after he was sent flying in alleged hit-and-run outside a house party – as footage of the car is seen ‘speeding before collision’

A teenager is fighting for life after he was allegedly mowed down by a car in a hit-and-run.

Police were called to a house party on Shearn Crescent at Doubleview in Perth following reports of a fight before midnight on Friday.

Officers arrived to find a seriously injured 16-year-old boy before he was taken to hospital in a critical condition.

Bystanders said the boy had been flung metres down the road after he was allegedly hit by a black sedan.

CCTV footage from a nearby home caught the vehicle driving along the road moments before the alleged hit-and-run.

The car is seen circling a roundabout before it pulls off down a street.

Witness Travis Smith said the car mounted the kerb before hitting the teenager.

‘[I] came here and saw the young fella laying down in the bushes over there in a pretty bad bad way,’ he told Nine News.

Police found the wrecked car abandoned in a street not far from the party.

Three people were taken to the Mirrabooka Police Station for questioning.

A 20-year-old man was charged and will front court at a later date.

Officers are continuing their investigation into the incident. 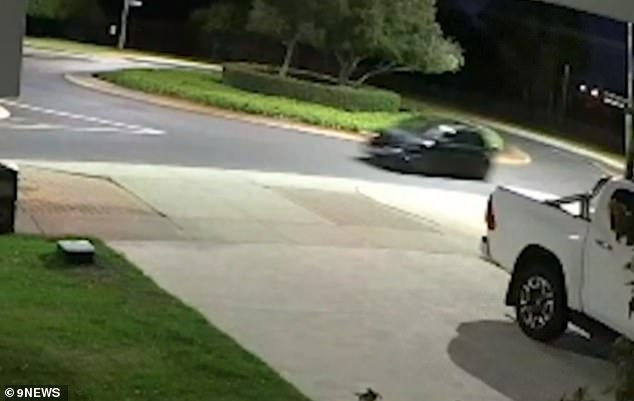 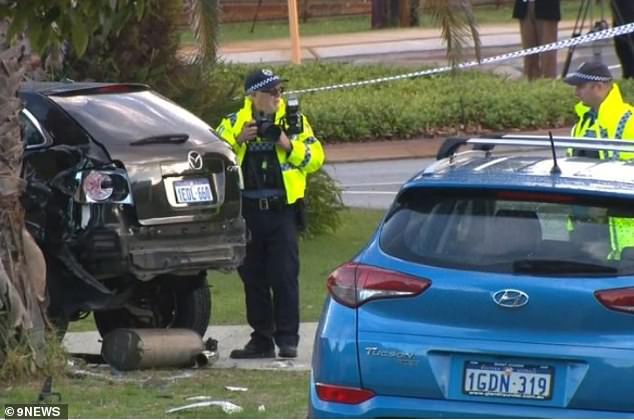