Downing Street aide said Queen should not be called ‘priceless’

A Downing Street aide told John Major he should not refer to the Queen as ‘priceless’ in the Commons – since it might invite jokes about her tax-exempt status.

The mandarin was commenting on a draft Commons statement which Major was to deliver to acknowledge the Queen’s relatively low key Ruby Jubilee in 1992.

But one of Major’s Private Secretaries, the eagle-eyed William Chapman, circled the word ‘priceless’, asking ‘is this quite the mot juste?’, a new document shows.

‘In view of the Queen’s tax exemption it would indeed be said that her contribution has been without price’.

‘Might someone pick this up?’, he asked, evidently sensitive to an uptick in republicanism.

He also jotted: ‘Cheap at the price, I would have said!’, besides the draft statement, prepared by Major’s Principal Private Secretary Andrew Turnbull.

‘How about ‘unique’, ‘unparalleled’, ‘incomparable’ part with HM has played…and shouldn’t ‘citizens’ be ‘subjects’ in this context.’ 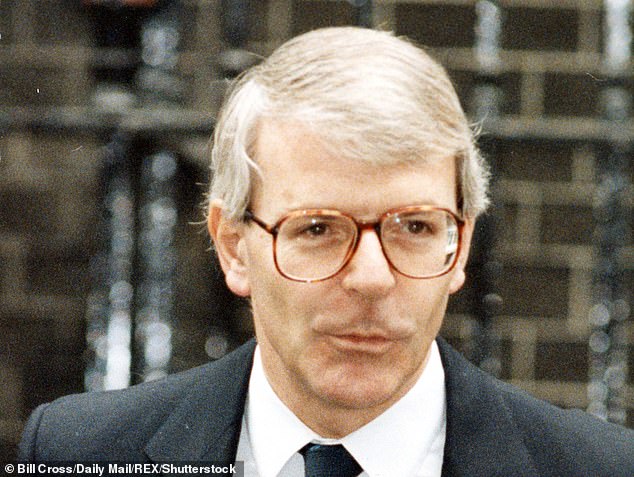 In the event, Major delivered his scripted statement to the Common on 6 February 1992, accepting the sage’s advice to replace ‘priceless’ with ‘incomparable’.

‘At the Cabinet meeting today, your Majesty’s Ministers agreed that I should convey to your Majesty our warmest good wishes on the occasion of the 40th anniversary of your accession to the throne’, he said.

‘This was in recognition of the incomparable contribution Your Majesty has made to the life of our nation throughout your reign.’

The Queen only began to voluntarily pay income tax the following year, following public concern over the cost of the monarchy, and members of the Royal Family mired in negative headlines.