Downing Street today suggested access to UK waters for EU fishing boats will be on the table during post-Brexit trade talks with Brussels.

The UK will take back control of its territorial waters after it leaves the bloc and it will be able to decide whether to grant non-British boats access.

The EU is adamant European trawlers must be given the right to fish in the waters but the British fishing industry believes access should be restricted.

Number 10 said the UK will be ‘taking back control of our waters’ but added that ‘it will be for the UK to determine’ whether the vessels of any other nations will be allowed to fish in those waters in a hint the rights could be up for grabs.

Leo Varadkar set out the bloc’s expectations on the issue in an interview with the BBC in which he said the UK ‘may have to make concessions in areas like fishing’.

He said that in return the EU could make concessions in other areas like financial services.

It came as Downing Street confirmed trade negotiations with the EU will be led by the PM’s Brexit sherpa David Frost and a so-called Taskforce Europe unit of 40 officials based in the Cabinet Office.

Meanwhile, Tim Barrow, the UK’s current representative to the EU, will become the UK’s ambassador to the bloc after Britain splits from Brussels on Friday night.

Boris Johnson, pictured signing the Withdrawal Agreement treaty last week, has long maintained that the UK will take back control of it fishing waters after Brexit 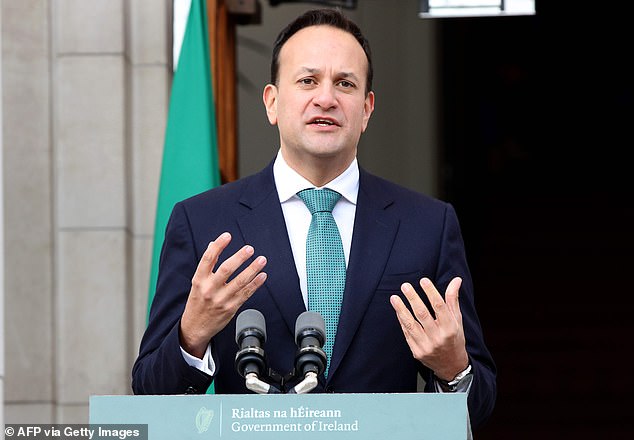 Britain’s post-Brexit negotiations with the EU will be conducted by a team of 40 officials known as ‘Taskforce Europe’ who will report to Boris Johnson, his spokesman said today.

Britain will leave the EU at 11pm on Friday, entering a transition phase during which existing rules will continue to apply while a new long-term relationship is negotiated.

The talks on a trade deal are expected to begin in March, with the UK adamant it will be in place by the end of the year.

The taskforce will be led by David Frost, a diplomat and one-time business lobbyist who was appointed as Mr Johnson’s Europe adviser last year and went on to lead day-to-day negotiations in Brussels on a Brexit divorce deal, signed off last week.

His team will include senior representatives from Britain’s finance ministry and foreign office, and work with other departments on specific policies.

The role given to the taskforce suggests International Trade Secretary Liz Truss has been sidelined.

The Brexit department, created in 2016, will be disbanded on Friday.

Emmanuel Macron has previously suggested access to British waters for French fishing boats will be a red line for Paris during post-Brexit trade discussions.

Taking back control of British waters to rejuvenate the UK’s fishing industry was one of the key promises made by the Leave campaign during the EU referendum in 2016.

Any attempt to use fishing rights as a bargaining chip to win concessions in other areas is likely to spark bitter recriminations and accusations of betrayal from the industry.

The Prime Minister’s Official Spokesman said this morning: ‘We are going to be taking control of our own fishing waters… we are taking back control of our waters.

‘We have been clear on that, both in the manifesto and when the Prime Minister spoke with the Commission president.

‘The EU should be in no doubt about our determination on that issue.’

He added: ‘It will be for the UK to determine, in the best interests of the UK, who fishes in its waters.’

Mr Varadkar said there would likely need to be ‘trade offs’ during Brexit negotiations with each side making concessions in areas of strength in return for favours in areas of weakness.

He said the UK ‘has a very strong position on fisheries’ because it has ‘a lot of waters’ but ’70 per cent of the fish you sell, you sell into Europe’. 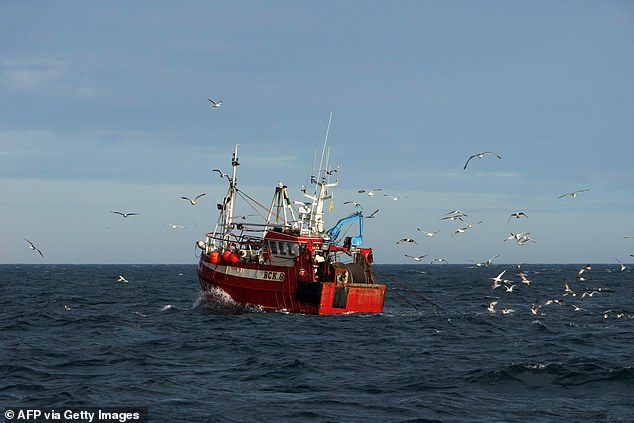 ‘So unless British people are going to start eating an awful lot more fish, you have a problem there,’ he said.