Two groups of MPs are said to be planning to table amendments that could hijack the Commons agenda to thwart the Prime Minister’s proposals.

Normally the Government has control of what is debated and voted on in the Commons but the plotters want to suspend the normal rules to put backbenchers in charge.

One group led by Tory former minister Nick Boles and the senior Labour MP Yvette Cooper is attempting to block a no-deal Brexit – something Mrs May strongly opposes.

A second group is being led by the former attorney general Dominic Grieve, who wants to go even further and suspend the Article 50 withdrawal process, as reported by The Sunday Times.

The paper said it had obtained leaked emails showing that Mr Grieve had been in secret communication with a Commons clerk of bills Colin Lee to discuss how it could be possible to suspend Article 50.

Clerks advise MPs on all sides how to write amendments that meet Commons rules. They also help Speaker John Bercow make rulings in the chamber. 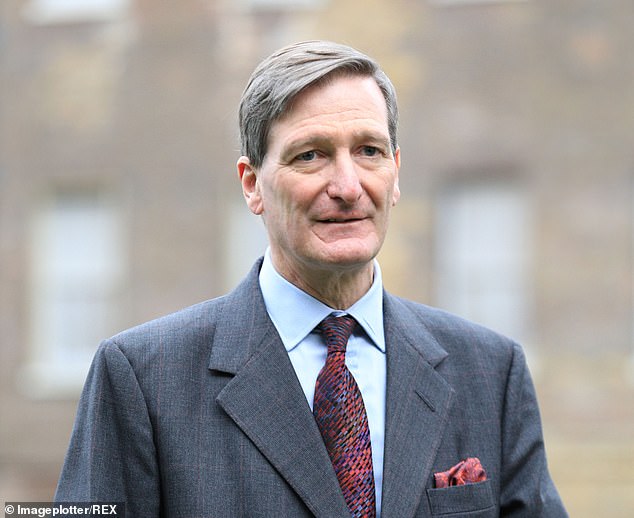 A second group is being led by the former attorney general Dominic Grieve (pictured), who wants to go even further and suspend the Article 50 withdrawal process 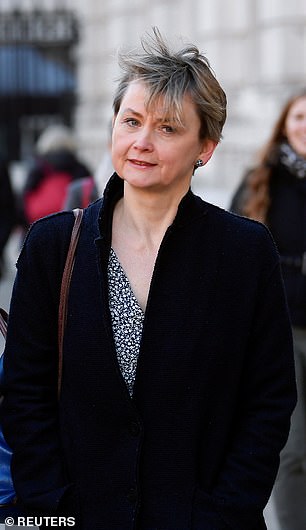 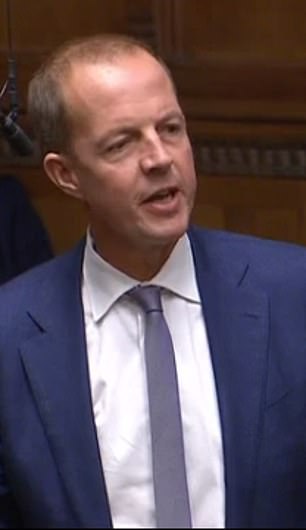 Downing Street described the moves as ‘extremely concerning’ and said they underlined the need for MPs who supported Brexit to vote for it in the House.

A No 10 spokesman said.’The British public voted to leave the European Union and it is vital that elected politicians deliver upon that verdict.

‘Any attempt to remove the Government’s power to meet the legal conditions of an orderly exit at this moment of historic significance is extremely concerning.

‘This news should serve as a reminder to those MPs who want to deliver Brexit that they need to vote for it – otherwise there is a danger that Parliament could stop Brexit.’

The reports comes as Mrs May prepares to brief Cabinet ministers on her talks with other party leaders and senior MPs following the crushing defeat of her Brexit deal last week in the Commons.

In one email sent on Wednesday, Mr Lee was said to have made clear that the aim of the plan was to delay Brexit.

‘What follows is just for you and you will understand the terms,’ he said.

‘We have been thinking that legislation is needed, but it occurs to me the substantive motion, say calling for Article 50 extension, could be made.’

In a statement, a House of Commons spokesman said: ‘It is common practice for clerks to provide advice to Members on the drafting of many items of parliamentary business, such as bills, motions and amendments.

‘This advice is provided on a rigorously impartial basis. We do not comment on individual cases.’ 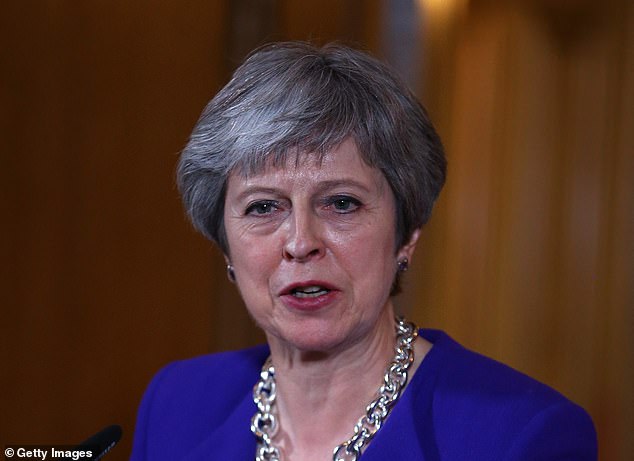 Mrs May is due to make a statement to MPs on Monday setting out how she intends to proceed with Brexit after the tumultuous events of last week.

She will also table a ‘neutral’ motion – which is expected to attract a flurry of amendments from MPs – which will be debated and voted on on January 29.

With feelings running high, the pro-Brexit International Trade Secretary Liam Fox warned of a ‘political tsunami’ if the Government fails to deliver on the 2016 referendum vote.

He also hit out at ministers calling for Mrs May to rule out a no-deal Brexit, saying the ‘most stupid thing possible’ in a negotiation is to ‘give away your strongest card’.

Writing in The Sunday Telegraph, Dr Fox said: ‘Failure to deliver Brexit would produce a yawning gap between Parliament and the people, a schism in our political system with unknowable consequences.

‘The reaction of the Question Time audience could become a political tsunami. It is time for MPs to deliver on the promises they made. It is a matter of honour and a matter of duty.’ 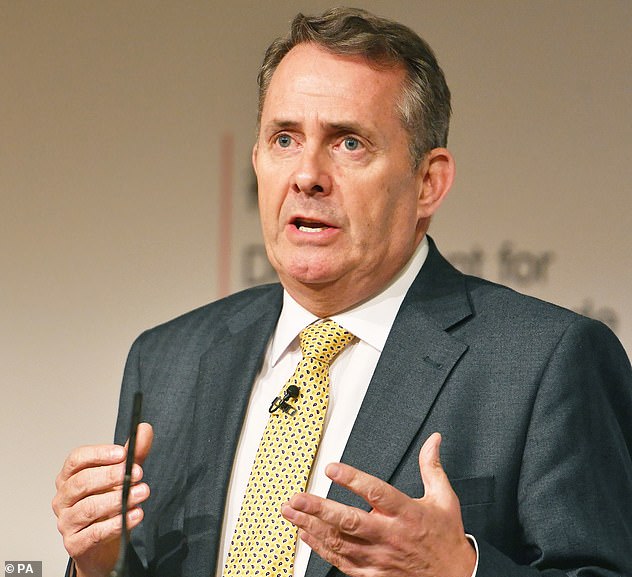 In a letter to the Telegraph, 50 Tory association chairmen and other senior grassroots figures said the party’s 2017 manifesto stated ‘no deal was better than a bad deal’, and failing to honour that pledge would be a ‘breach of trust with with voters and party members’.

Meanwhile Commons Speaker John Bercow, was said to be considering abandoning his plans to step down this summer after Cabinet ministers threatened to deny him a peerage because of his alleged ‘bias’ against the Government over Brexit.

The Observer reported that ‘friends’ of Mr Bercow who have been in contact with him recently said he was now ‘seriously reflecting’ on whether to stay on – possibly until 2022.

It follows reported briefings last week by Government that someone who had ‘cheated centuries of procedure’ should not expect to be elevated to the House of Lords.

The SNP’s Westminster leader has said that the Prime Minister needs to ‘fundamentally change her position’ to end the Brexit deadlock.

Ian Blackford has written to Theresa May to say that it would be ‘completely unacceptable’ for her to propose only ‘cosmetic changes’ to her EU withdrawal plan after it suffered a crushing defeat on Tuesday.

Mr Blackford met with Mrs May as she held talks with other leaders after surviving a confidence vote on Wednesday, and said that he is willing to meet her again so long as the discussion focuses on three key points. 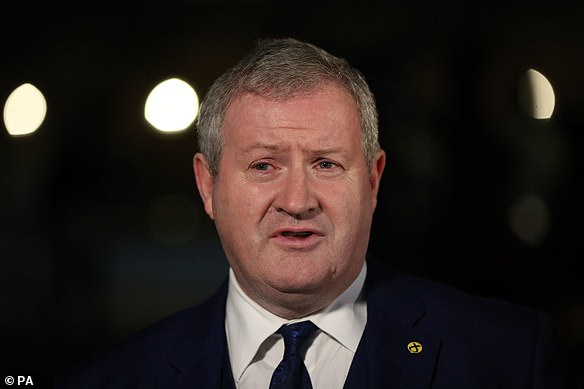 He said any future talks must see the UK Government focus on extending Article 50 to stop the clock on Brexit, bringing forward legislation for a second EU referendum and taking ‘no deal’ off the table.

Mr Blackford said: ‘With the clock ticking it is concerning that there has been little indication so far that the Prime Minister understands the implications of the defeat she suffered last week and the steps that now need to be taken.

‘It would be completely unacceptable for Theresa May to propose only cosmetic changes to a deal which has been so decisively rejected by Parliament.

‘The Prime Minister has had two-and-a-half years to listen – she now has to show she is willing to engage with ideas and change her position.

‘That’s why it is hugely concerning that media interviews given by Cabinet ministers, such as the Secretary of State for Scotland, seem to be closing down options instead of opening them up.’

The Prime Minister is spending the weekend at her official country retreat at Chequers working on a statement to MPs on Monday setting out her approach following the overwhelming rejection of her Brexit deal.

Mr Blackford said: ‘Pressing ahead with another proposal that is certain to be defeated would be reckless, waste more precious time and will lead to further economic damage and uncertainty.

‘The Prime Minister needs to fundamentally change her position.’

A Downing Street source said: ‘The Prime Minister was clear at the start of cross-party talks that there are principles underpinning these talks.

‘These principles are that we make a smooth and orderly transition. We need to reach a consensus around a deal that respects the result of the referendum.

‘And it needs to be a consensus that can command a majority in the House of Commons.’