Dozens killed including girl, 7, as speeding bus crashes into rickshaw in India and falls into well

By Ross Ibbetson For Mailonline and Ap

At least 27 people, including a seven-year-old girl, have been killed in India after a speeding bus clattered into a rickshaw and plunged into a 60ft well.

Emergency crews worked through the night in Nashik to help to haul the State Transport bus from the well and recover the bodies of the dead.

Both the bus, which was carrying 42, and the rickshaw, packed with 10 occupants, plunged into the well on Tuesday evening. 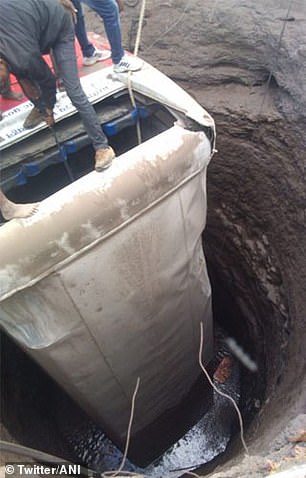 News agency Press Trust of India reported a seven-year-old girl was among the dead.

Prime Minister Narendra Modi offered condolences on the deaths and hopes for speedy recovery of the injured. 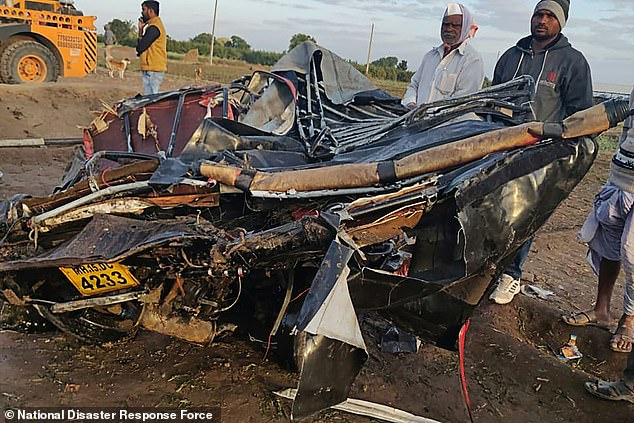 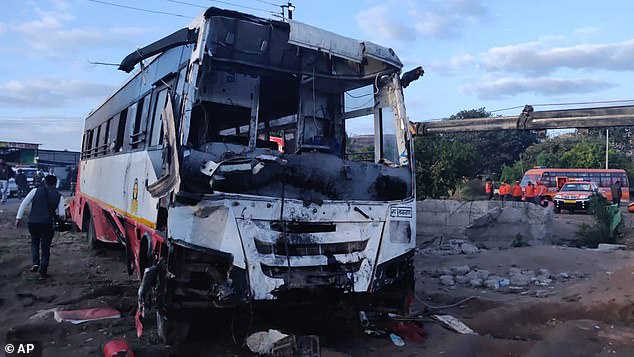 A man walks past the wrangled remains of the bus after it was hauled from the well in Nashik, India

‘The accident in Maharashtra’s Nashik district is unfortunate. In this hour of sadness, my thoughts are with the bereaved families. May the injured recover at the earliest.’ The PM’s office quoted Modi on Twitter.

Around 150,000 people die every year on India’s roads, often because of reckless driving, badly maintained roads and vehicles overcrowded with passengers.