Yoga has a reputation of being quiet and peaceful.

These 38 ladies took it to the next level and hung on steel wires and performed yoga on a 188 metre (617 feet) on a cliff face of Qingyao mountain in China’s central Henan province.

Last week Saturday, they joined this beautiful sheer mountain by a technique called Via Farreta, which is a rock climbing term that literally means ‘iron path’.

These spectacular photos and stunning video capture the thrilling and stomach churning moments that these fanatics showcased on the cliff that’s famously named ‘the first climb in China’s central plains’. 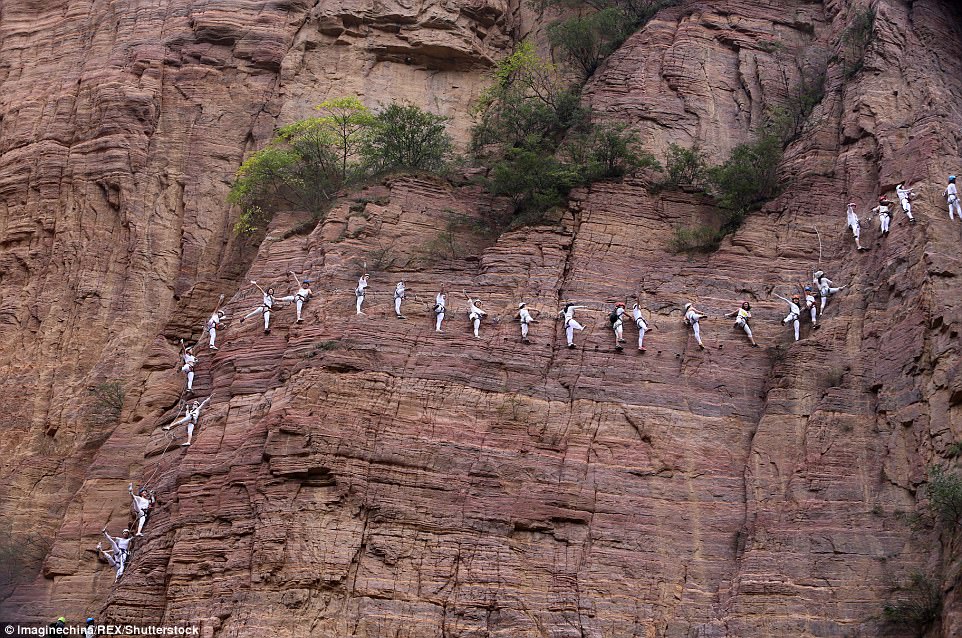 Don’t look down! The women try out their creative yoga poses on the steep cliff-edge 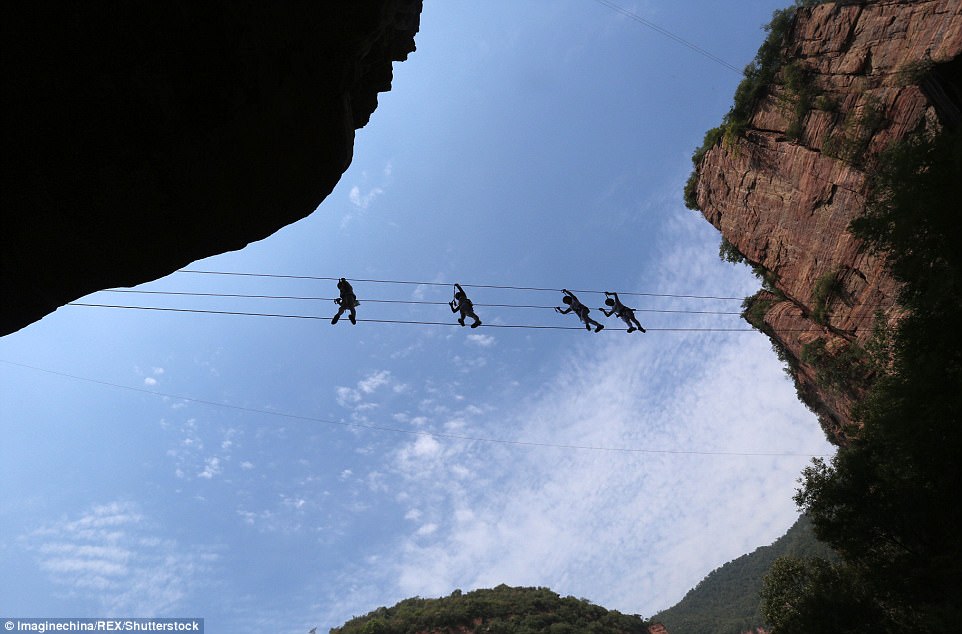 Impressive: The 38 yoga enthusiasts perform yoga poses and manage to balance on the wires 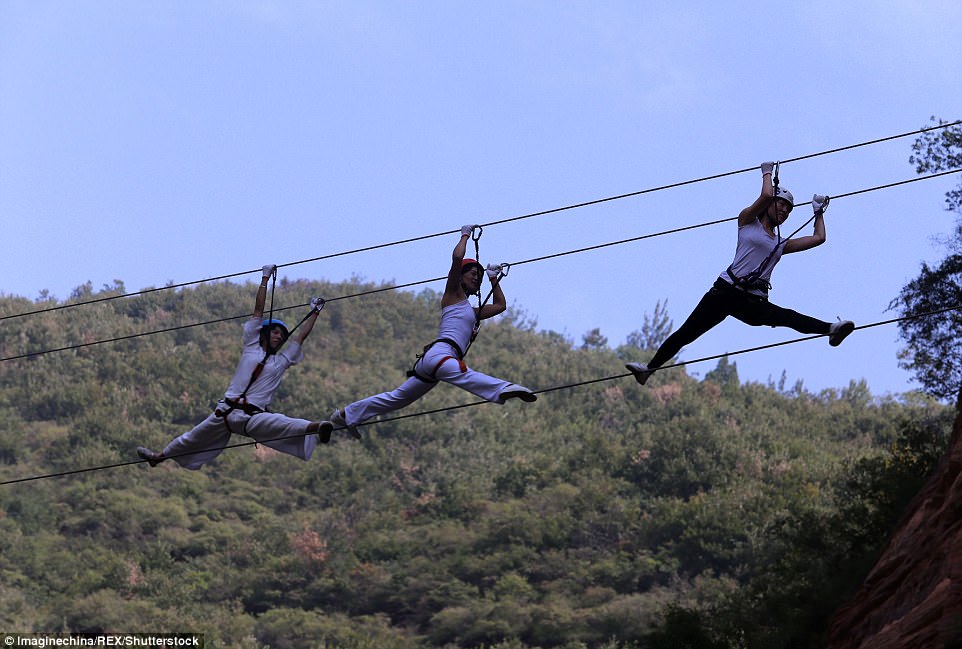 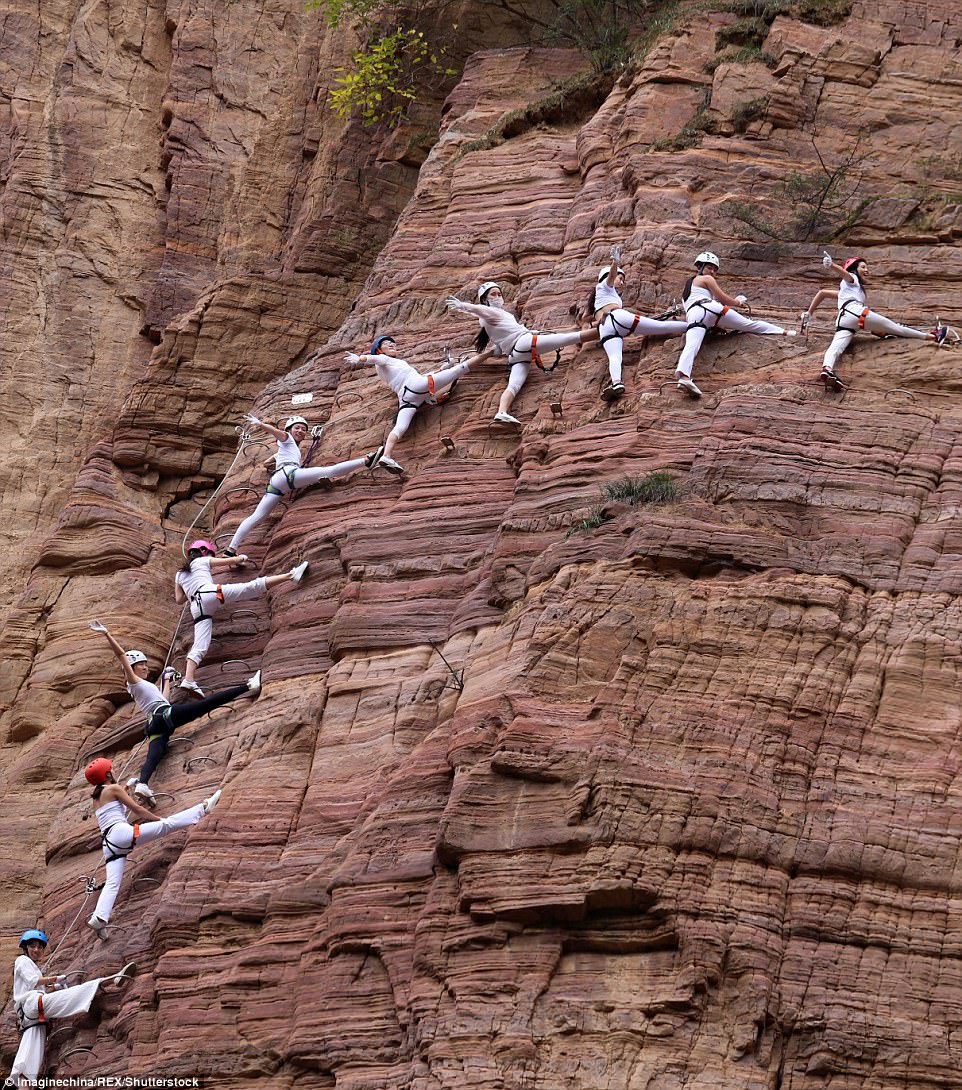 Aiming high: Yoga enthusiasts performed yoga on a steep cliff in Luoyang city and incorporated ‘Via Ferrata’ to get up there