In just a few weeks in prison, Chris Watts received close to 60 letters from complete strangers that expressed both love and hatred for the murderer.

A majority of the letters were from woman, and many of these included photos that the sender purported to be of them as well as promises to send more images or add money to Watts’ commissary account.

Other letters, which were obtained by DailyMail.com after filing a request under the Colorado Open Records Act, were from individuals wishing death on Watts, and expressing a desire that he be both physically and sexually assaulted behind bars.

Bikini lady: One of the women who corresponded with Chris Watts sent along this photo (above) 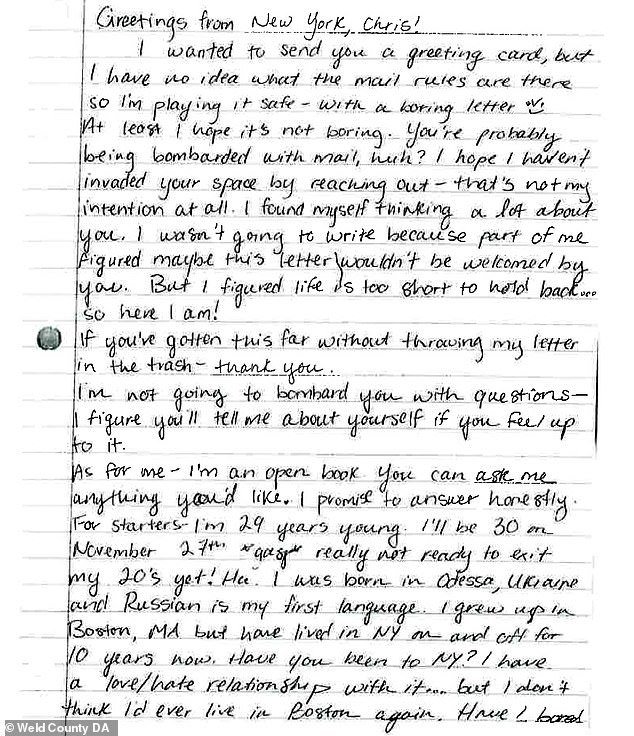 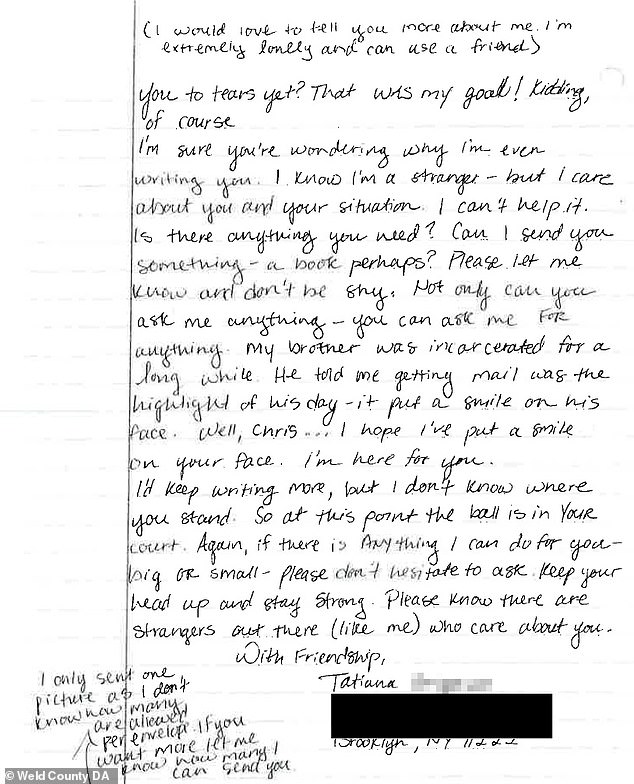 Correspondence: The letter that accompanied the bikini photos from a woman in Brooklyn 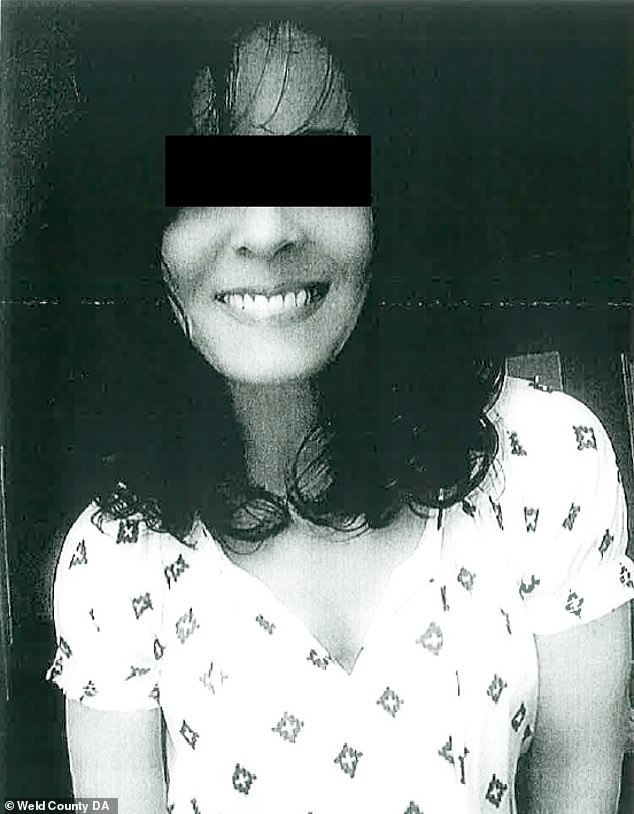 Penpal: Tammy from Ohio (above) wrote Watts a number of times while he was in prison 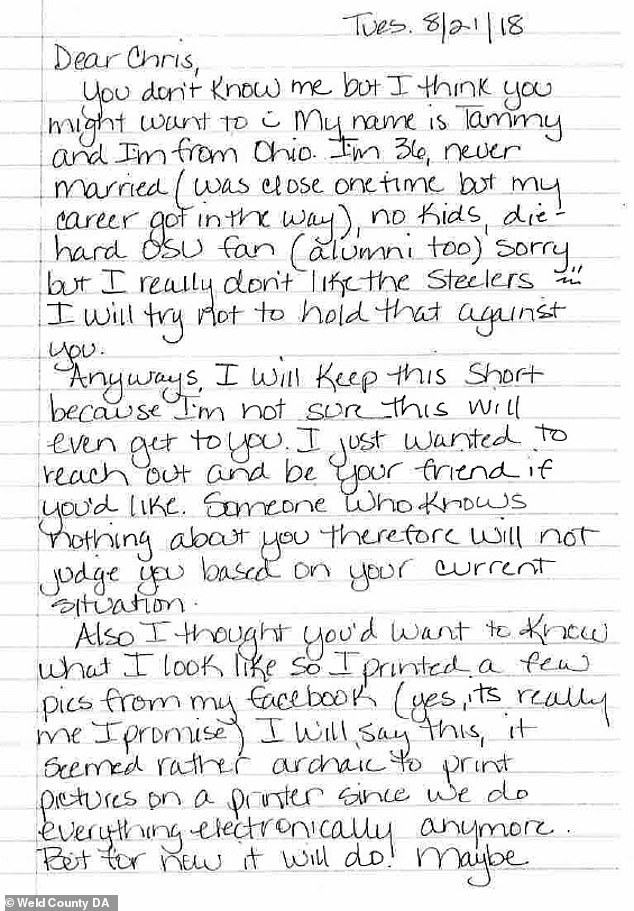 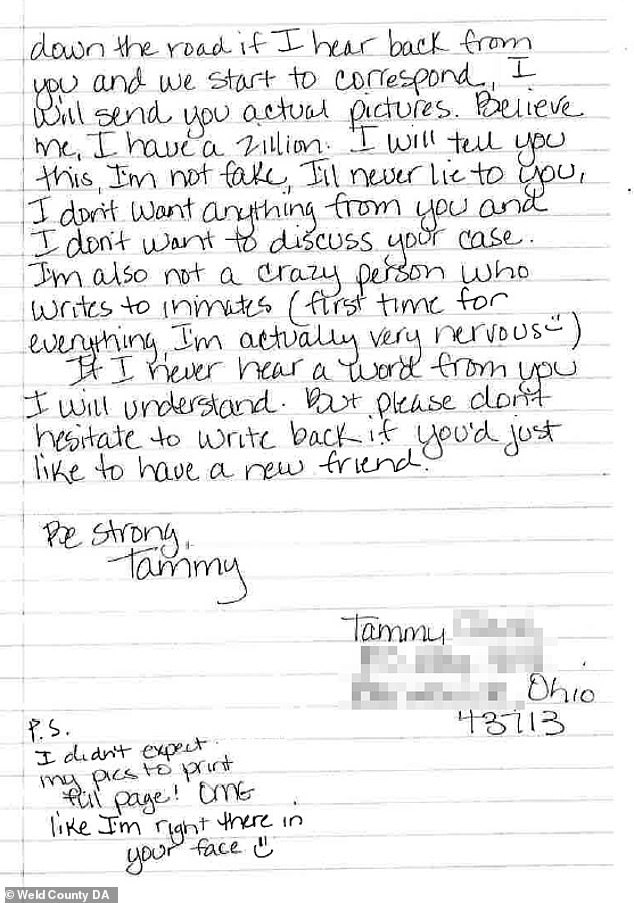 Friendly exchange: One of the many letters Tammy sent to Watts in prison (above) 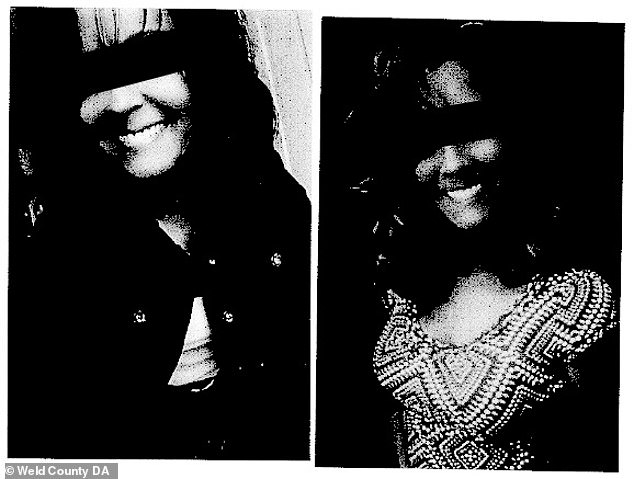 Growing close: Tammy frequently included photos of herself for Watts to see while he read the letters (above) 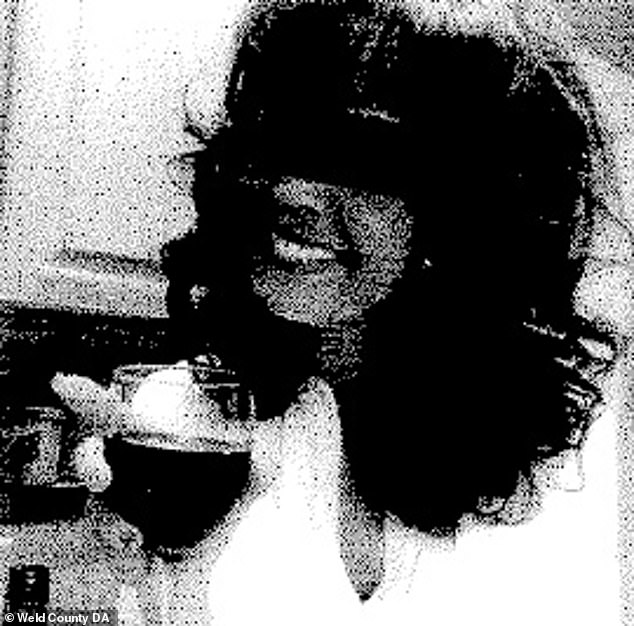 Left in the cold: Tammy (above) and the other women seemed to suggest that Watts was not writing back in their follow-up letters 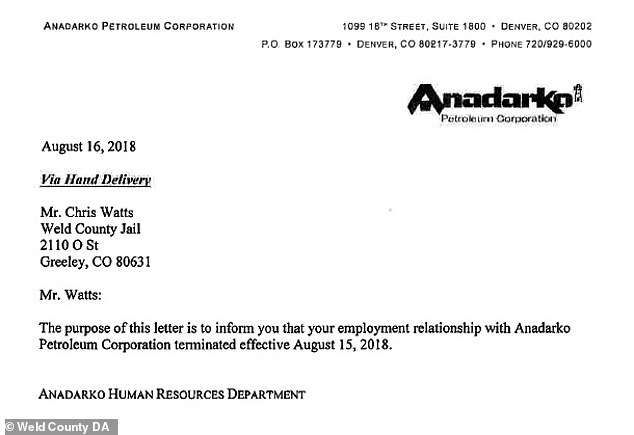 Terminator: Not all good news: Watts also learned he had been fired in jail (above)

There were also a few certified letters for Watts, including one from his employer Anadarko informing him that he had been terminated on the same day he confessed to killing his wife and disposing of his daughters’ bodies in oil tanks.

It does not appear that Watts wrote back to any of the women based on follow-up notes from a few of the senders, who often included more photos and expressed their love for the felon and belief that he was innocent of all crimes.

Watts’ more persistent fan was a young grandmother living in Hawaii who sent him at least 5 letters during the first six weeks that he was incarcerated at the Weld County Jail. 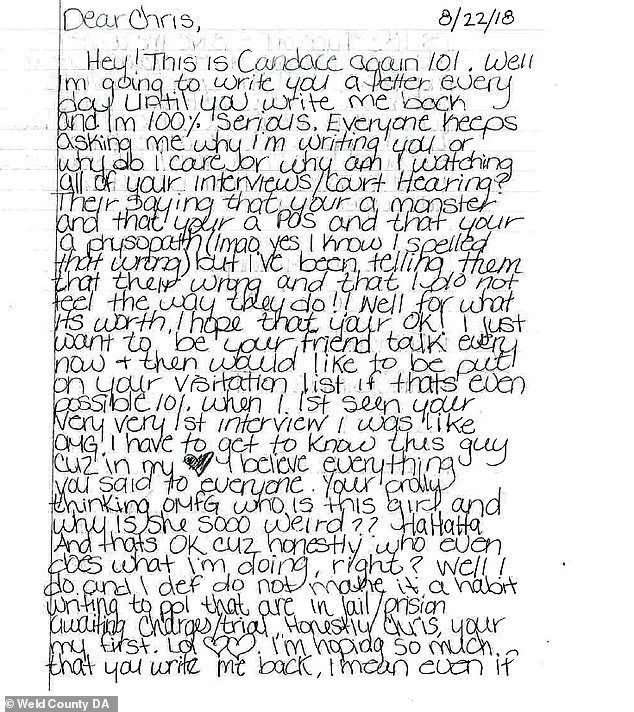 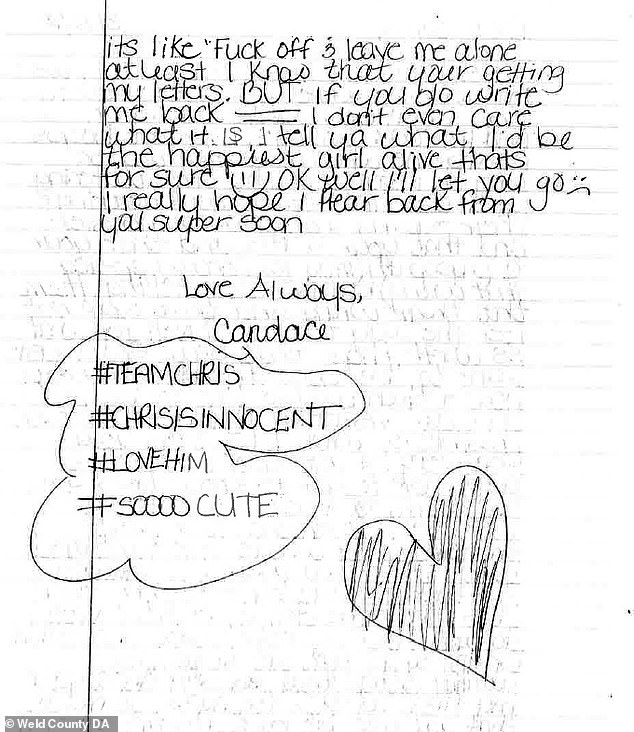 Keeping in touch: Candace was another woman who wrote to Watts multiple times while he was at the Weld County Jail (above) 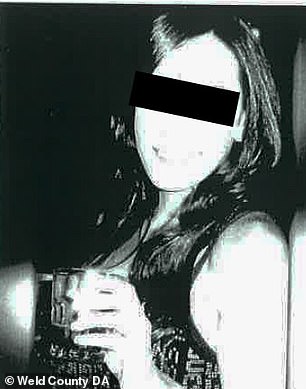 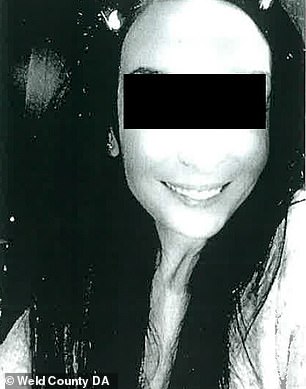 New friend: One of Watts penpals sent along these two photos of herself 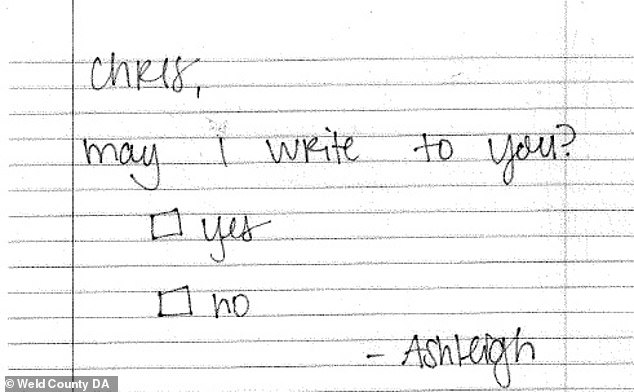 To the point: A woman named Ashleigh checked to see if Watts wanted to write to her in the letter she sent to him in jail

‘I’m not expecting to hear back from you (at least not yet) and I totally understand. And my purpose in writing to you is to solely give you a glimmer of HOPE, and maybe a laugh or smile,’ she wrote in a letter sent in late September.

‘Things have a way of turning around. Try to keep your thoughts positive my dear. You can get through this !!!’

She then added before signing off: ‘Until next week. Keep the faith.’

A month prior, in her first letter to Watts, she asked if he needed any books or had a TV, eager to send him things that might help him pass the time behind bars.

She also wrote that she was hoping to soon be moving to Colorado as her daughter lived there, but that plan fell through when her daughter instead elected to move to Hawaii.

Tammy, a middle-aged woman who also frequently corresponded with Watts, sent at least six photos with her letters.

‘You don’t know me but I think you might want to,’ wrote Tammy in her first letter.

She included two full page images in that correspondence which were then sent back to her as they were too large. 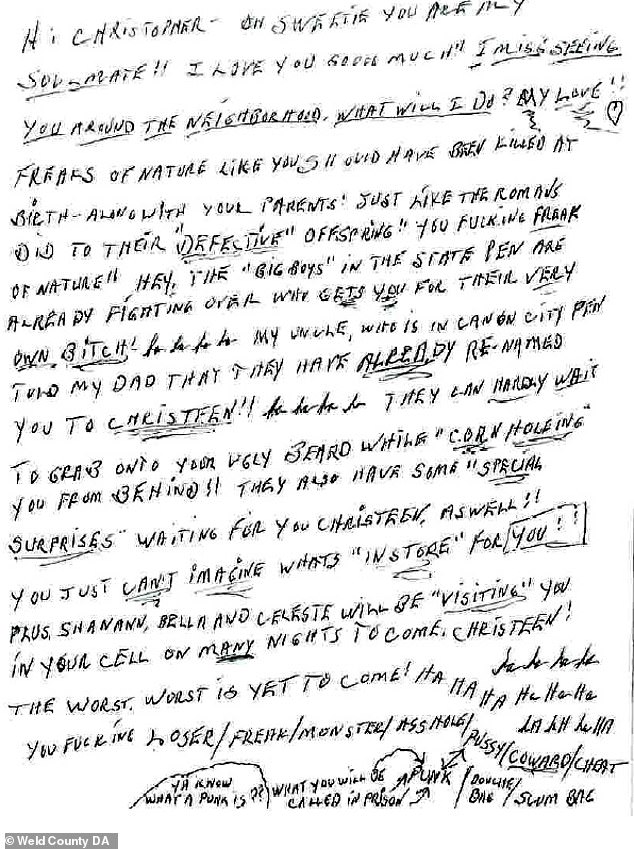 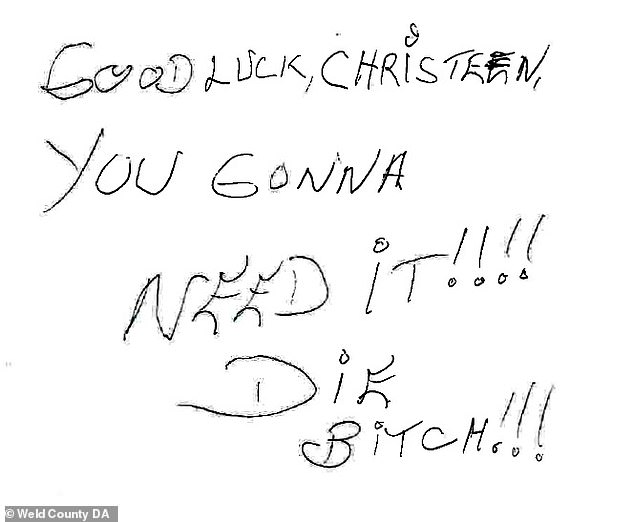 Payback: One woman referred to Watts as ‘Christeen’ and expressed a desire for Watts to be raped by his fellow inmates (above) 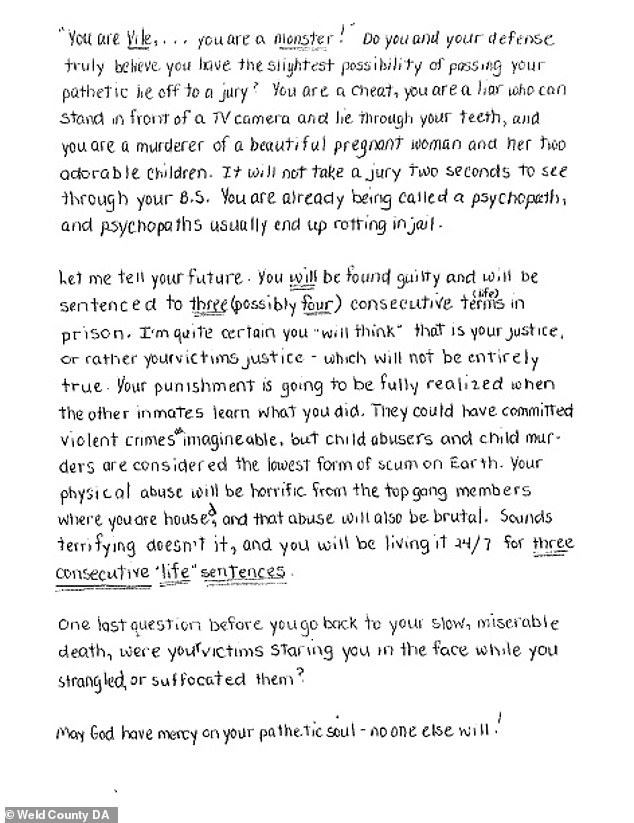 Not a fan: Another woman described Watts as ‘vile’ and a ‘monster,’ writing that she hoped god would have mercy on Watts’ ‘pathetic soul’ 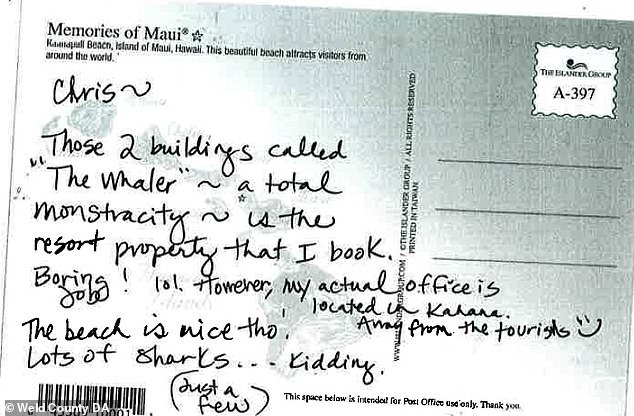 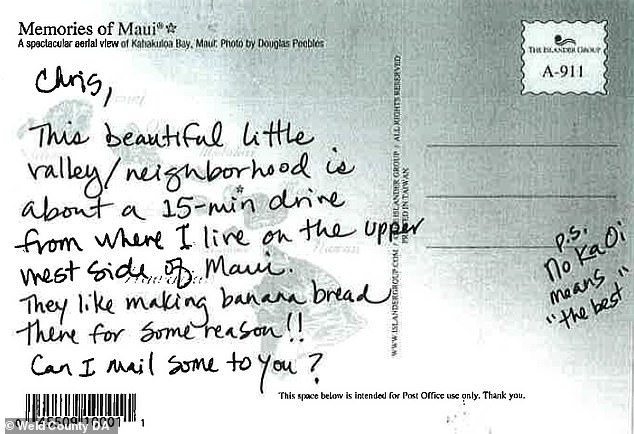 Postcards from the edge: Laurel from Hawaii sent the most letters to Watts, and a number of postcards (above)

Another woman asked that the four feathers she sent be given to Watts as they represented his wife, daughters and unborn son.

There was also a woman who simply asked Watts to write back whether or not he wished to communicated with her.

Then there were a number of people who wished harm and retribution on Watts for murdering his family.

One woman referred to Watts as ‘Christeen’ and expressed a desire for Watts to be raped by his fellow inmates.

On the back of her letter she wrote:  ‘Good luck Christeen, you gonna need it!!!!’

Another woman described Watts as ‘vile’ and a ‘monster,’ writing that she hoped god would have mercy on Watts’ ‘pathetic soul.’