Around 75 demonstrators, including ex-servicemen and women, bumped shoulders at the park at Trafalgar Train Station in West Gippsland, Victoria on Saturday, demanding an end to lockdown.

The protesters said the government had gone ‘too far’ in imposing rules on what Victorians can do amid the pandemic, even comparing the government to Nazi Germany.

Some protesters held placards reading ‘what did our Anzacs die for?’, ‘locking up healthy people is tyranny’ and ‘give our jobs back’.

The demonstration was held on Anzac Day as many of the protestors had served or were related to people who’d served their countries but were unable to honour them due to social distancing measures.

Topher Field, an ex-serviceman leading the event, said the government’s restrictions had taken freedom away from Australians.

‘Who would have thought in our own free country we would have to risk fines to gather and honour Anzac Day,’ he said in a live stream video of the protest.

Mr Field said Anzacs had fought against tyrannical governments including the German Nazis, Communist China and the regime of Saddam Hussein.

‘Our Anzacs fought against governments that took control of their people and yet today we see echoes of our history here at home,’ he said.

‘As we are bullied and threatened, berated and controlled into living lives of fear and withdrawing into our homes, stripped of our incomes and independence we are expected to beg the government for a hand out.

Some of the protesters at the West Gippsland demonstration are seen carrying signs reading ‘what did our Anzacs die for?’ and ‘end lockdown’ 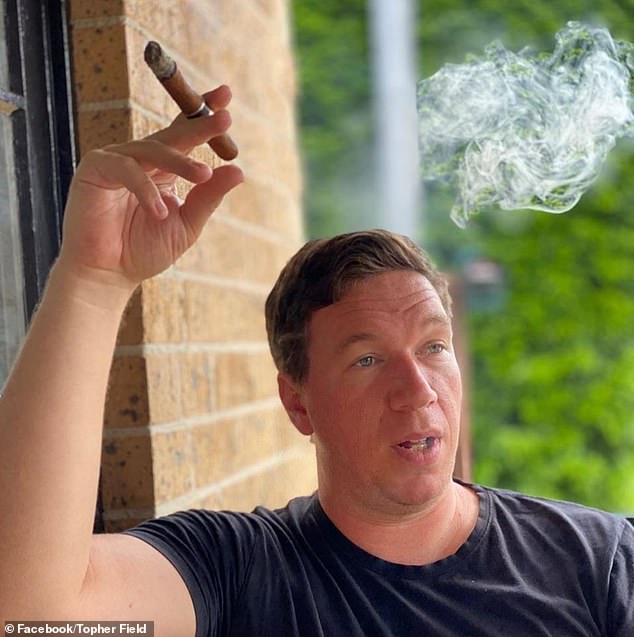 ‘What we have seen is not only the destruction of our economy, of lives, dreams, futures, but the trampling of the rights and freedoms that are now our birth right thanks to our Anzacs.

‘We are guilty of no crime but are threatened with punishment if we so much leave our homes and enjoy some sunshine in the park.’

Mr Field said the lockdown in Victoria was expected to continue for several months to come – something he believes the state should not be subjected to.

‘We are expected to be grateful to those who have made us captives in our own homes,’ he said.

‘What we’re seeing from (Victorian Premier) Daniel Andrews is bullying and intimidation.

‘We owe it to our children to stop this in our generation and pass to them the same freedoms our Anzacs gave to us.’

The protest continued for more than an hour despite four Victorian police cars present.

A spokesperson for Victoria Police told Daily Mail Australia fines would be issued to the organisers.

After footage of the video went viral online, many slammed the protest as ‘disrespectful’. 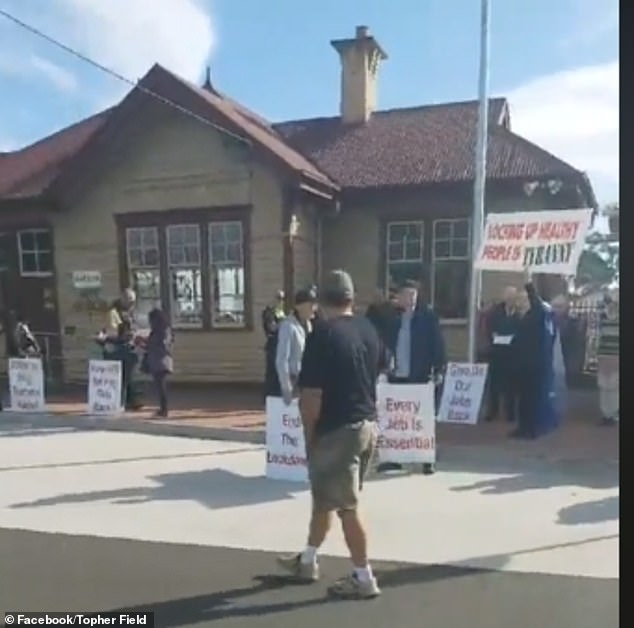 ‘Actually shaking with rage over this right now. While people all over the country were holding peaceful driveway vigils this morning, these absolute stains decided that the ANZAC’s apparently fought for their right to spread disease to small regional towns,’ one woman said.

‘So disrespectful and downright selfish,’ another said.

‘The idea of people coming from Melbourne into a small town, potentially bringing the virus here is the most selfish and vile thing,’ one said.

‘Any protest on Anzac Day is disrespectful’, the Vietnam veteran said, the Herald Sun reported.

‘Anzac Day is a national day where we commemorate the memory of the soldiers who have given the ultimate sacrifice. They’ve chosen that day, probably to get maximum benefit. But I just like to think it’s all backfired and it’s maximum benefit against them. 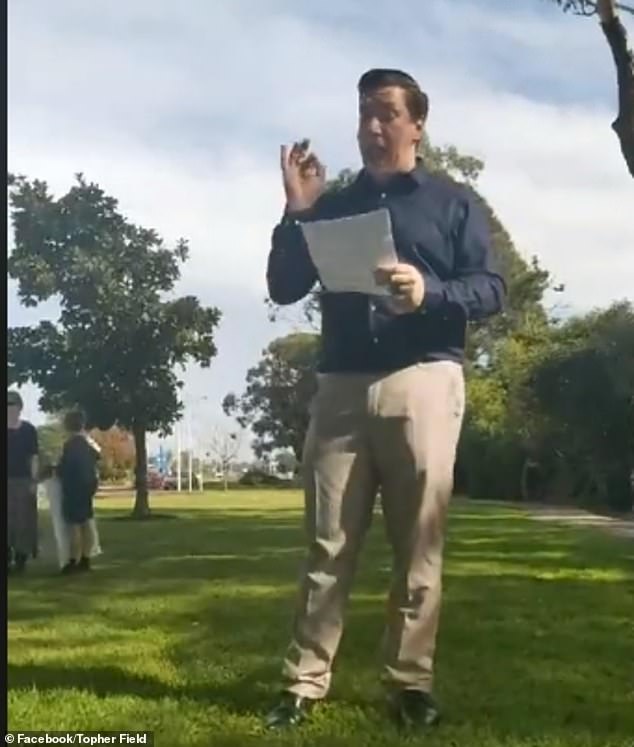 ‘If it wasn’t for the blood that was spilled by their forebears they wouldn’t have the freedom to protest.’

Victoria has imposed the harshest coronavirus restrictions in Australia.

On the spot fines of $1,652 have been given to anyone breaking coronavirus regulations which requires people to stay inside unless leaving for work and education, exercise, food shopping, care reasons and other extenuating circumstances.

Only two people are allowed to be together at any given time. 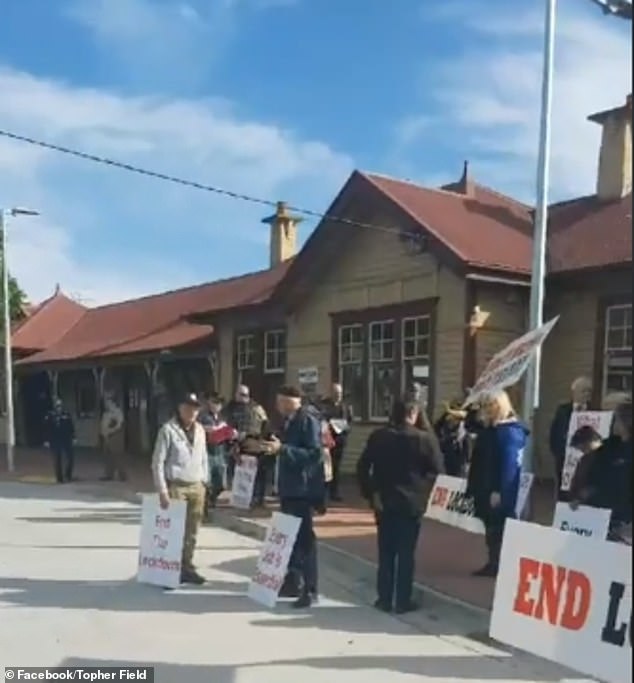 Many protesters were seen bumping shoulders as they stood in protest for more than an hour, defying social distancing rules