Hours after MailOnline revealed the pair had headed off to Cornwall for a romantic holiday, the Love Island star and A&E doctor, 30, shared photos of him and Ellie for the first time, calling her ‘the apple of his eye.’

On Monday evening, the new couple enjoyed a seafood banquet at Rick Stein’s restaurant, with Alex describing the meal as ‘perfection.’

A source close to the couple told MailOnline Ellie has been a pillar of support to Alex as he continues to mourn the devastating loss of his brother Llŷr, who tragically took his own life aged 19 last July.

‘Alex and Ellie have been dating for six months now, and it’s beginning to get serious between them,’ an insider revealed.

‘They’re currently enjoying some much-earned time away in Cornwall, where they’ve been relaxing and spending time together outdoors.

‘They began their trip at Forest of Dean in Gloucestershire, staying in a romantic treehouse. 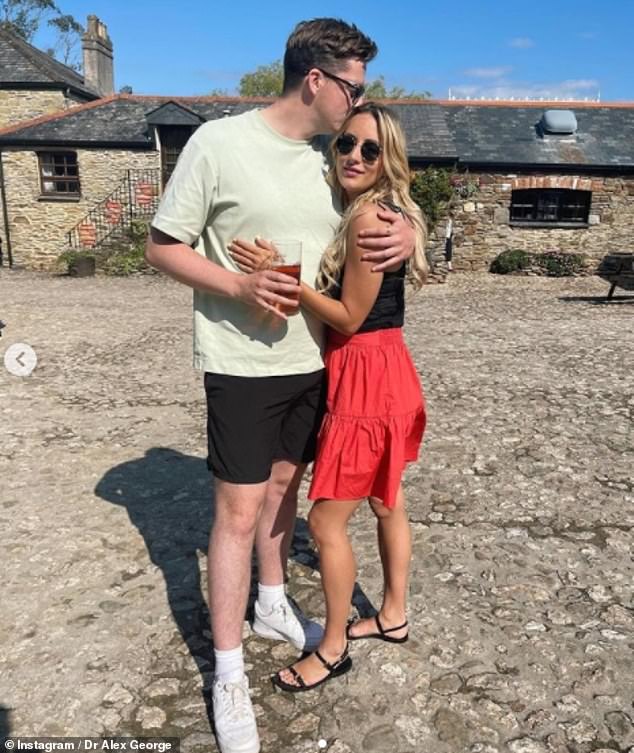 Sweet: The Love Island star and A&E doctor, 30, shared a pair of loved-up snaps with the blonde beauty, calling her ‘the apple of his eye’

‘Alex has had a difficult year, with the passing of his brother, and working nonstop on the frontline. His family are so pleased to see him happy in a new relationship.’

Alex and Ellie have been sharing matching Instagram posts this month, and the A&E doctor has liked all his girlfriend’s uploads from their break.

In one caption, Alex revealed he’s determined to have ‘as many experiences in life as possible after everything that’s happened over the last year’ and staying in a treehouse, as well as cooking pizza with an old-fashioned pizza oven ‘didn’t disappoint.’ 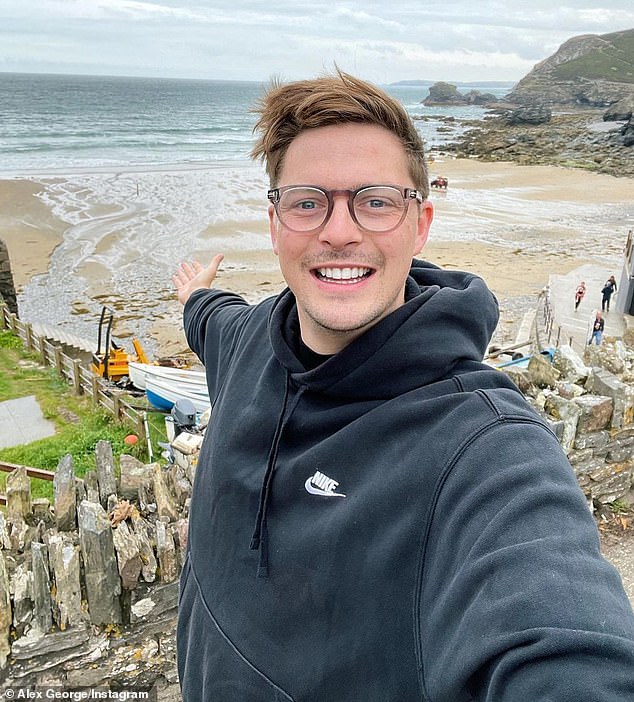 ‘She’s been a pillar of support’: It was revealed on Tuesday that Alex had whisked Ellie away to Cornwall for a romantic break together 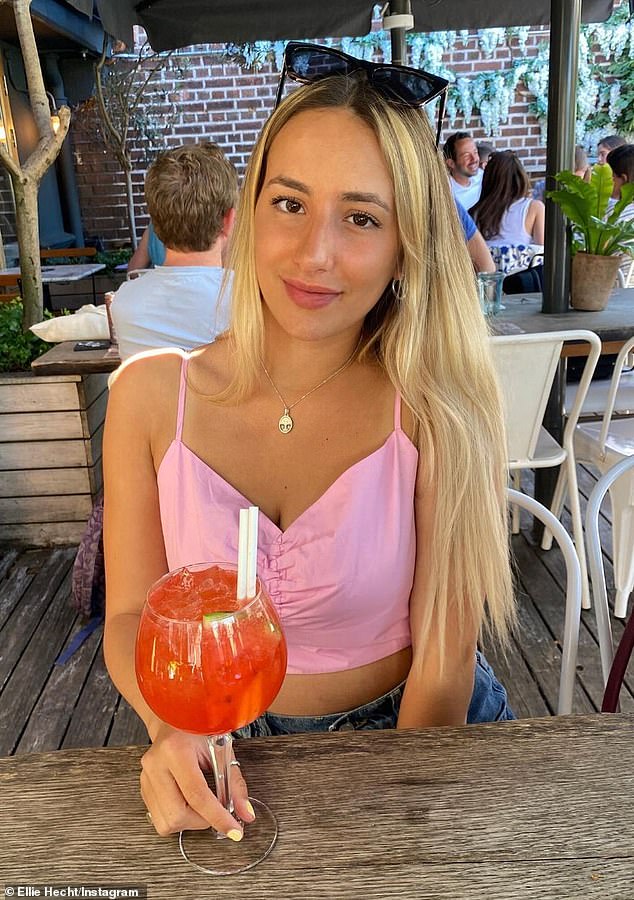 ‘Enjoying some much-earned time away’: Ellie, who lives in south London and works as a barristers’ clerk, posted images on her profile from the couple’s staycation

Ellie, who lives in south London and works as a barristers’ clerk, posted images on her profile from the couple’s staycation, sharing the same home cooked pizza as Alex did on his profile.

She also has an Instagram account linked in her bio called London Young Professionals, which has championed Alex for his work during the pandemic, and appointment as the government’s Mental Health Ambassador.

Ellie dedicated another post to The National Covid Memorial Wall, which is situated in London’s Westminster, alongside the caption: ‘Sometimes you will never know the value of a moment until it becomes a memory. What a beautiful memorial.’ 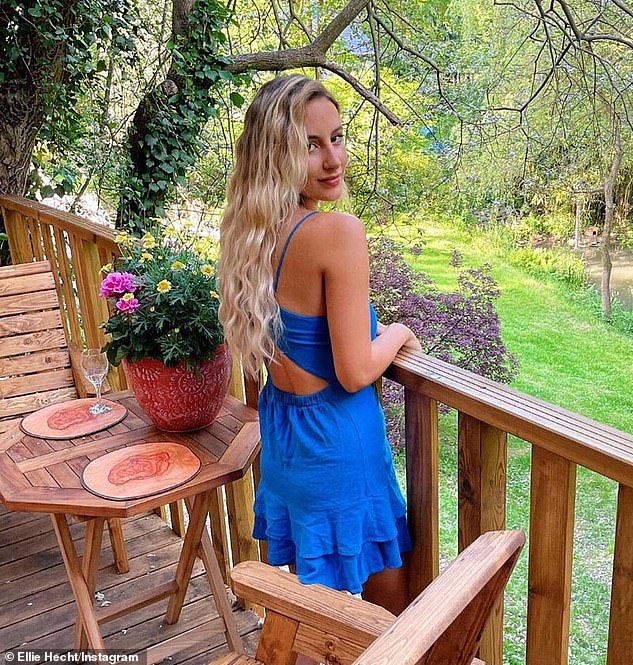 Gorgeous: Alex and Ellie have been sharing matching Instagram posts this month, and the A&E doctor has liked all his girlfriend’s uploads from their break 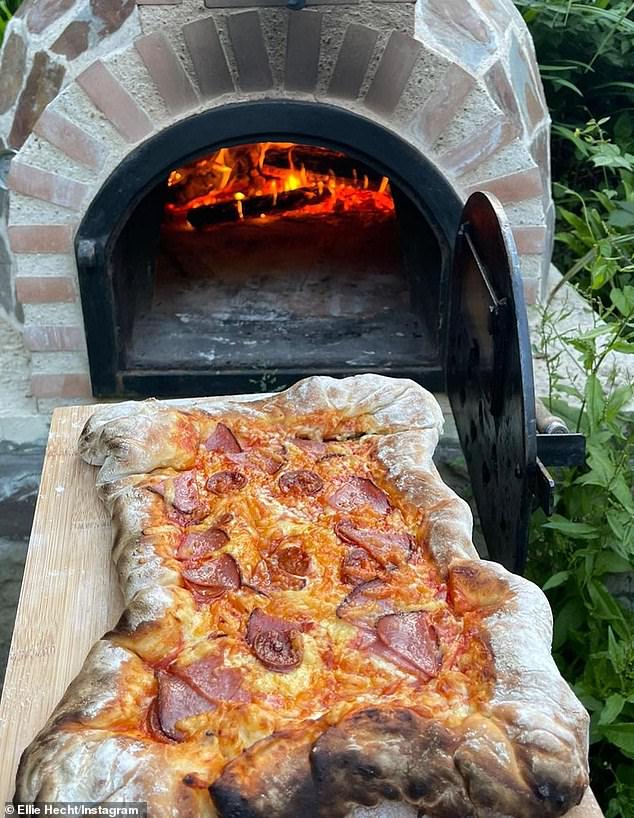 ‘Didn’t disappoint’: Alex said on his Instagram profile he had enjoyed cooking pizza with an old-fashioned pizza oven, and Ellie pictured the same meal on her account

In an interview with MailOnline earlier this month, Alex, who split from ex-girlfriend Amelia Bath last July, refused to speak in detail about his romantic life.

He said: ‘I’m not going to comment on my love life. The whole last year was very different clearly.

‘Being well known does change things but I don’t use any dating apps, it has to be quite organic, and I have to trust people.

‘I have quite a close circle that I trust but it’s fine. I was in a relationship up until the middle of last summer and bearing in the mind the pandemic, it’s been hard to meet someone.’

Alex also commented on the upcoming series of Love Island, which starts on Monday. 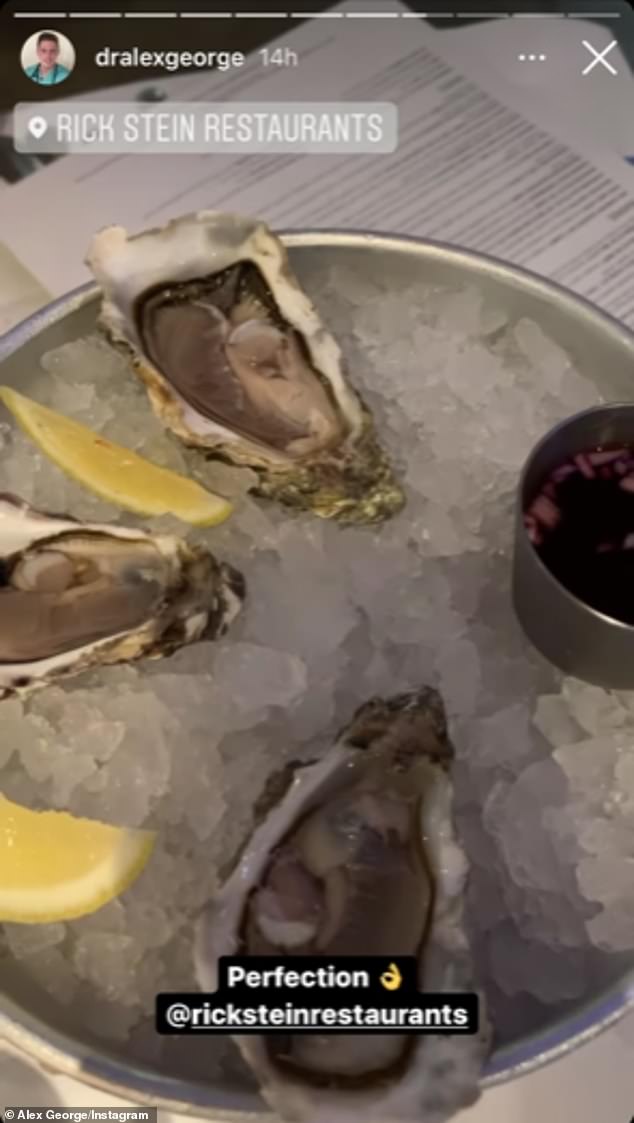 Date night: On Monday evening, Alex shared to his Instagram profile a seafood banquet he enjoyed with Ellie at Rick Stein’s restaurant in Cornwall, calling the meal ‘perfection’ 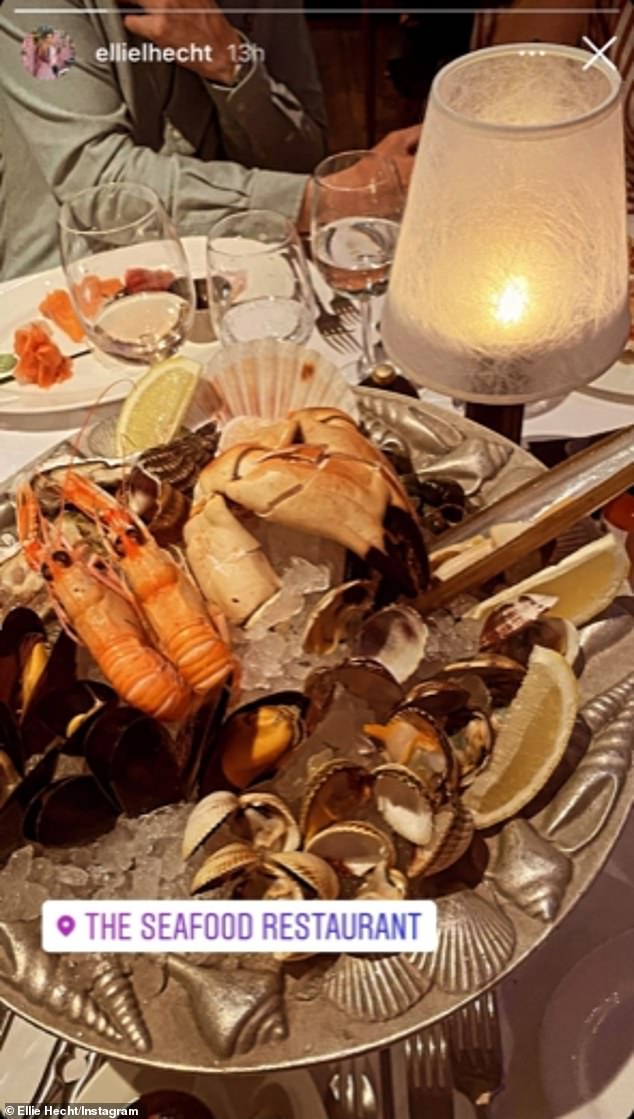 Delicious: Ellie shared a matching post from the couple’s romantic dinner date, revealing a glimpse of Alex in the background

The doctor warned thorough testing would need to be implemented to ensure none of the contestants catch the virus and the villa remains a safe ‘bubble.’

He said: ‘As long as they have really clear structures and planning for how they’re going to mitigate risk then that’s okay.

‘We have to at some point go back to normality and we’re all desperate to see normal things happening again – not to say Love Island is the defining thing but it is apart of people’s summers now.’ 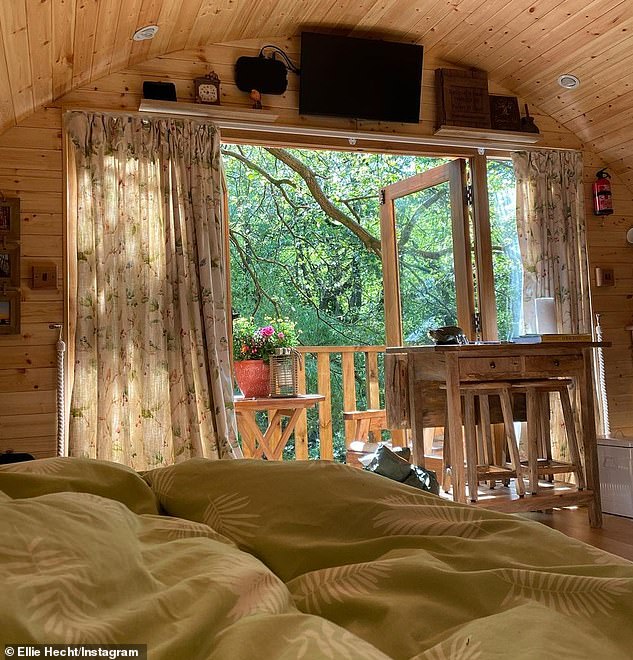 Supportive: A source close to the couple told MailOnline Ellie has been a pillar of support to Alex as he continues to mourn the devastating loss of his brother Llŷr