With Major League Baseball considering a June or July return and NASCAR prepared to end its coronavirus hiatus next month, Dr. Anthony Fauci is warning that sports leagues may need to sit out this season to reduce the risk of infection.

‘Safety, for the players and for the fans, trumps everything,’ Fauci, a public health expert on the White House’s coronavirus task force, told the New York Times. ‘If you can’t guarantee safety, then unfortunately you’re going to have to bite the bullet and say, ‘We may have to go without this sport for this season.’

Fauci did not predict when testing would become readily available, but said he hopes tests will eventually be so abundant that the general public wouldn’t need to be de-prioritized so that athletes could get screened.

The most crucial variable, according to Fauci, is whether the United States can make tests readily available that can yield timely results. And while manufacturers are increasing production of tests, Fauci says there is still a ways to go before leagues can safely return.

Without reliable testing, Fauci explained, social distancing and other precautions will not be enough to reduce infection risks if fans are permitted to attend live games.

With Major League Baseball considering a June or July return and NASCAR prepared to end its coronavirus hiatus next month, Dr. Anthony Fauci is warning that sports leagues may need to sit out this season to reduce the risk of infection

‘You can try and influence the virus by your mitigation programs, but at the end of the day, you’ve got to get the virus under some sort of control before you start resuming normal activity,’ he said.

‘If we let our desire to prematurely get back to normal, we can only get ourselves right back in the same hole we were in a few weeks ago,’ Fauci added

President Donald Trump has urged league commissioners, both privately and publicly, to re-open their respective seasons as quickly as possible. 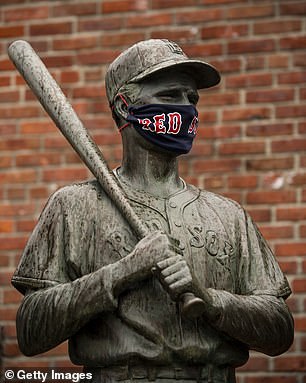 The NFL season has been largely unaffected thus far, although last week’s draft was held online rather than Las Vegas, where it was originally scheduled to take place.

Meanwhile the MLB, NBA, and NHL seasons have all been suspended, as has the NASCAR circuit, and the NCAA cancelled its winter sports tournaments and all spring sports.

MLB is considering several options and according to USA Today, could return as soon as late June or early July. One proposal reported by the Associated Press involves MLB breaking away from its American League/National League format and grouping all 30 teams into regional divisions in Florida, Texas and Arizona.

Games would initially be played without fans to limit infection. That arrangement would also reduce travel, which would save MLB teams money and further reduce the risks to players and other employees.

NASCAR is aiming for a mid-May return, according to Autoweek, as local governments in South Carolina and North Carolina have initiated plans to end their stay-at-home orders. 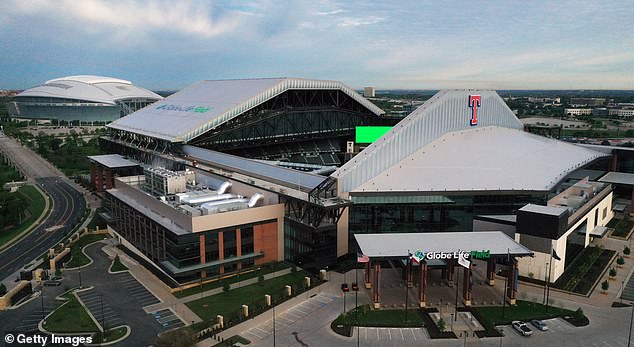 MLB also has looked at configurations for all-Arizona, Arizona-and-Florida and Arizona-plus-Texas-plus-Florida locations, the people said. The latest plan was first reported by USA Today

Should the MLB break away from the traditional National and American League alignments, teams could be split between East, Central, and West Divisions in Florida, Texas, and Arizona, respectively.

According to USA Today, one likely re-alignment structure would look as follows:

There have been suggestions that the NBA could finish its ongoing season in Las Vegas, while the NHL has mulled moving its operations to Buffalo or even the University of North Dakota, where players would be quarantined away from the public.

‘I’m not saying this is the way to go, but you want to at least consider having players, if they’re going to play, play in front of a TV camera without people in the audience,’ Fauci said. ‘And then test all the players and make sure they’re negative and keep them in a place where they don’t have contact with anybody on the outside who you don’t know whether they’re positive or negative.

‘That’s going to be logistically difficult, but there’s at least the possibility of doing that,’ he continued.

‘In other words, we said that for baseball, get the players in Major League Baseball, get a couple of cities and a couple of hotels, get them tested and keep them segregated.

‘I know it’s going to be difficult for them not to be out in society, but that may be the price you pay if you want to play ball.’

Fauci, a self-professed fan of the defending champion Washington Nationals, has not given his own approval for any league to re-open because, he says, it wouldn’t be ‘appropriate’ for him to do so.

That would have to be their decision,’ he said, referring to league officials. 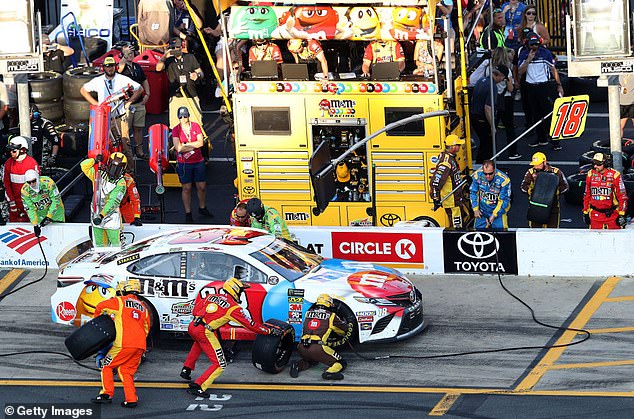 It is expected NASCAR initially will operate without live pit stops, reducing the number of team pit crew members by at least five. The exact number of team personnel and officials deemed essential has not been decided