DR ELLIE CANNON: How can I keep my gummy eyes clean?

I keep getting eye infections, leaving them pussy and almost bruised. I am healthy and fit and do a hot compress daily, as advised by my GP. Anything else you advise?

Swollen, red and itchy eyes are very common in people of all ages, and especially those with allergies and asthma.

Some people might find they get a sticky substance around the eyelashes too, which can form a crust when it dries.

Others complain of a feeling that grit or dirt is stuck inside the eye. When this keeps happening, it’s usually a sign of a condition called blepharitis, or recurring styes – small bumps on or near the lash line.

Swollen, red and itchy eyes are very common in people of all ages, and especially those with allergies and asthma. (File photo)

The two are often connected.

Inside the eye lid are several glands that release liquid to keep the eye moist.

But in blepharitis and other eye infections, they get blocked.

In the case of a stye, bacteria called staphylocci, which live on the skin’s surface, is responsible for the blockage.

Most styes should disappear on their own after a few days.

Although it might be inconvenient, prevention is key, so it’s necessary to take some time out during the day to clean the eyes and allow tears to drain properly.

This stops dead skin cells blocking the glands any further.

Reusable heat bags are also available from some pharmacists, which can be microwaved to the right temperature.

This daily regime is essential to keep symptoms at bay.

MY wife is 72 and has a digestive problem called diverticular disease. Recently it has got much worse and she now has almost daily bouts of abdominal pain and diarrhoea. But the doctor can only prescribe imodium tablets. Are there any other treatments?

Diverticular disease can be very embarrassing, often causing sudden urges to run to the toilet.

It happens when little bulges develop in the lining of the bowel, causing pain, bloating and diarrhoea. 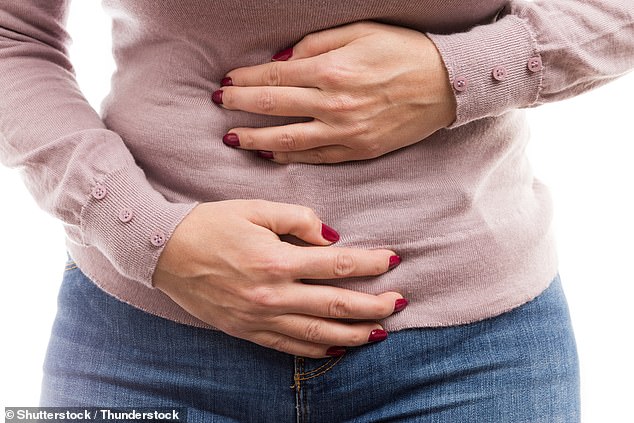 It’s more common in older adults and people who have little fibre in their diet.

Fibre is usually key for preventing, and easing symptoms of diverticular disease. Roughly 18-30g daily – the equivalent to 250g of lentils or two bowls of bran flakes – is recommended.

Start gradually and build up using a fibre supplement from the chemist such as isfagula.

It is important to start gently to avoid even more bloating, and to drink plenty of water.

However, if there’s a lot of diarrhoea involved, extra fibre can sometimes make things worse. In these cases, patients should be referred to an NHS dietician to plan the right foods to eat for exactly the right level and type of fibre.

Medication for diverticular disease works to control symptoms, such as pain relief and diarrhoea, while tablets reduce spasms and bloating.

Why I’m still giving out pills that ‘barely work’

I’ll continue to recommend it to patients struggling with depression, despite the findings. The research showed the drug failed to lift mood after six weeks and gave ‘modest’ relief after three months – which is no surprise, as it takes time for them to have an effect.

But they did help patients feel less anxious almost straight away, and often this is enough.

These drugs aren’t perfect. But they’re one of the few effective weapons we have when trying to help patients as they battle mental anguish.

And that makes them vital.

What to do about… blisters

Blisters are pockets of fluid under the skin that develop to help damaged skin heal.

Although it might be tempting, do not pop them.

Clean the area every day to prevent infections, being careful not to rub or break the skin.

A third of women over 60 don’t attend breast, cervical and bowel cancer screenings, it was revealed last week.

I wasn’t surprised. My patients often tell me appointments aren’t easy to come by – and are often impossible to change.

Just getting through on the phone can be a struggle.

I know from experience that it is almost impossible to get a woman back into screening if she misses a mammogram.

So it’s no wonder people miss them and give up. An efficient national screening helpline or app to organise appointments could solve this.

Try this – with Mariam Al Roubi

Most people, when they do a shoulder stretch, do one thing – they hold one arm straight, cup the elbow with the opposite hand, then pull the straightened arm toward and across the body.

But this only targets the back of the shoulder. If you have stiff, achy shoulders, then it’s worth trying to work the middle and front of the muscle group too.

Try this stretch. It’s a little awkward to get into the position but once you’re there it should feel good.

1. Stand with your back to a wall, feet at hip width, arms hanging naturally by your sides.

Reach back straight armed and aim to place the back of your hand – not the palm – on the wall behind you. If you have stiff shoulders, arms or wrists, you might need to tilt forward a little or even to squat down a bit.

Try to get as much of the back of your hand flat to the wall as you can.

2. Squat down as far as you can. You’ll feel the stretch across the front and hopefully the middle of the shoulder. Play around with your position, taking care not to do anything that causes pain. If you need to support yourself by placing your free hand on your knee or thigh, then do.

And that’s it. Return to standing when you feel like you’ve had enough.