DR ELLIE CANNON: I’m overweight and medication is to blame

Last week you wrote about obesity being bad for us, but I’ve put on weight as a side effect of my medication, and I can’t seem to lose it. I’ve even tried following a fasting diet but it didn’t do anything. My GP doesn’t seem to be willing to help. Can you?

I really sympathise. The pressure to lose weight is always awful, but it’s even worse when the excess pounds are caused by a medication.

Lots of drugs we prescribe commonly cause weight gain. Some antidepressants, steroids, some high blood pressure pills and medicines for diabetes are all common culprits.

If significant weight gain is a side effect, then it’s important to look at adjusting the dose or explore other drug options.

A referral to a specialist might be necessary to really find out what is going on. And NHS doctors should try to help patients lose weight, whether or not it’s our fault in the first place.

DR ELLIE CANNON: If significant weight gain is a side effect, then it’s important to look at adjusting the dose or explore other drug options (stock image)

Weight-loss options aren’t widely known among GPs, which it why it might seem as if they are unwilling to help. But there are things we can do.

For people with a BMI of more than 40, doctors can refer them to hospital for bariatric surgery, including a gastric band.

In less extreme cases, if you have a BMI above 28, a medication called orlistat may be prescribed. The drug stops the body being able to absorb about a third of the fat you eat.

Most GPs don’t know much about different diets and can’t refer to dieticians. But in some areas, they can refer you for a short-term gym membership.

Studies tell us that different diets work well for different people, but be wary of fad diets that often aren’t sustainable in the long term. GPs can also signpost to local slimming clubs, as they are known to work well.

The emotional support such clubs offer can be incredibly helpful, as losing weight is as much a psychological struggle as a physical one.

I am 53 but I’ve recently been diagnosed with attention deficit disorder (ADD). I have heard about ADHD, but I thought it was just for children. Now the doctor says I will need medication. Is he correct?

The behavioural disorder ADD is not just for children – it actually affects about two per cent of British adults.

You may have heard of ADHD – attention deficit hyperactivity disorder. ADD is similar, but without the hyperactive element.

Typical symptoms in adults include a difficulty concentrating on tasks, being disorganised, distracted, restless, forgetful or impulsive, and an inability to listen to other people.

These are things we all suffer at times, but for someone with ADD, it is a daily occurrence.

As with any medical problem, whether or not you take medication comes down to how affected you are by the condition. If the symptoms are mild and don’t disrupt your everyday life, taking tablets may not seem worth it. But ADD can significantly affect people’s lives and medication can alleviate that. 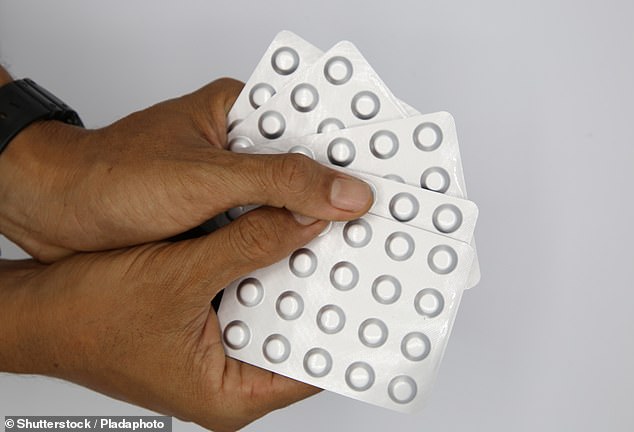 Treatment for adults with ADD is a pill called methylphenidate, also known as Ritalin (pictured)

In some people, ADD can result in difficulty keeping jobs, managing relationships, completing simple daily tasks or juggling finances. Others may drive in an unsafe manner. In all these cases, medication can be worthwhile.

Treatment for adults with ADD is a pill called methylphenidate, also known as Ritalin.

It is a type of stimulant but works very well in both adults and children with the condition.

One of the benefits is that you can take it when you need it, or when your symptoms are particularly bad.

You can simply stop taking it when you want a break from the medication or if your symptoms have reduced.

Sufferers choose to have this flexibility because the medicine can have side effects, including a reduction in appetite.

I never thought I’d find myself endorsing wellness trends set by a celebrity. But supermodel Naomi Campbell may be on to something with her bizarre hygiene routine on board jets. Last week, Naomi shared a video of her cleanliness charade as she boarded a flight from France to Qatar.

In it, she is seen donning disposable gloves and an anti-pollution mask, and furiously cleaning her seating area with Dettol wipes.

Her advice? ‘Clean everything you touch.’ 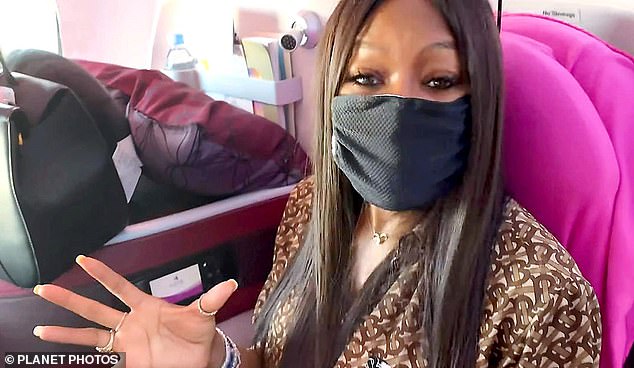 Last week, Naomi shared a video (pictured) of her cleanliness charade as she boarded a flight from France to Qatar

It might seem ludicrous but I think she’s on to something. Viruses, coughs and eye infections are rife during the holiday season – all picked up while we jet around the world.

Surfaces on buses and trains are also full of germs and are a common way of passing on viruses to fellow passengers. Planes are bound to be just as bad, if not worse.

While you don’t have to be quite as extreme as Naomi, an emergency supply of hand sanitiser is always a good idea.

I love sending patients appointment reminders via text, but texting them to tell them they have cancer is a step too far. If the latest NHS plan goes ahead, doctors will alert patients of worrying test results via a phone message.

Speaking face-to-face and offering emotional support is essential, and humanity is at the heart of the medical profession. With this latest digital innovation, I fear we’re at risk of losing it.

You can’t get shingles from chickenpox

You cannot catch shingles from a child with chickenpox. A reader wrote in to ask me about this, having read my comments last week on chickenpox parties.

It is a common assumption, given that shingles is caused by the same virus that causes chickenpox. 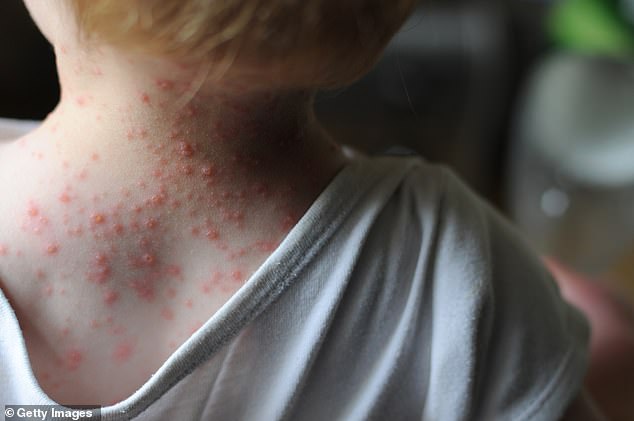 You cannot catch shingles from a child with chickenpox (pictured). A reader wrote in to ask me about this, having read my comments last week on chickenpox parties

But a bout of shingles is not caused by a new infection.

It’s due to a dormant virus that is already in the body, which is reactivated when the immune system is lowered.

And unlike chickenpox, the angry red blotches seen in shingles are confined to just one patch.

Doctors aren’t sure what triggers shingles, but some say it’s stress-related.

One thing’s for certain – it isn’t chickenpox.