DR ELLIE CANNON: I’ve been floored by my back pain

I have been suffering from worsening back pain – sometimes it’s so bad, all I can do is lie on the floor. I went to my GP who told me to lose weight and exercise more. But I’m not overweight. What should I do?

Back pain is a really common ailment and is usually transient. But it should never be ignored, especially if it is getting worse.

Worsening back pain could be considered a ‘red flag’ – a symptom doctors worry could be associated with a serious underlying illness.

The type of lower back pain everyone gets from time to time should not get worse. And it certainly shouldn’t be bad enough that lying on the floor is the only option.

Losing weight isn’t the answer for worsening back pain, although it can help prevent the condition in the first place.

At this stage, exploring treatment directly with a physiotherapist or osteopath would be good idea.

In many NHS areas now, there is the option to contact physiotherapists directly, without having a referral.

For more information on how to do this, visit nhs.uk and search for ‘physiotherapy’, or speak to your GP receptionist.

A physiotherapist can elicit whether back pain is indeed simple, or if there is something more serious going on. They can also suggest whether an X-ray or MRI scan might be needed.

Generally, we do not X-ray the spine for back pain but it can be important with serious pain to make sure there is no disease within the bones.

While back pain is most often a muscular issue or a problem with the discs bulging, it can also be a sign of cancer, a fracture, osteoporosis or an infection.

Back pain can also come from other causes such as the pancreas, the kidneys and even prostate trouble.

My granddaughter, who is five, has been invited to a chicken pox party. Is it a terrible idea?

Most children will catch chicken pox, usually before they are ten. It is almost always a mild illness with a fever, and requires a week or so off school and some anti-itching medicine.

Some children get away with a dozen spots while others are covered from head to toe.

Scarring is a worry, especially if there have been lots of spots and scratching is hard to resist. But the vast majority of children come away unscathed. 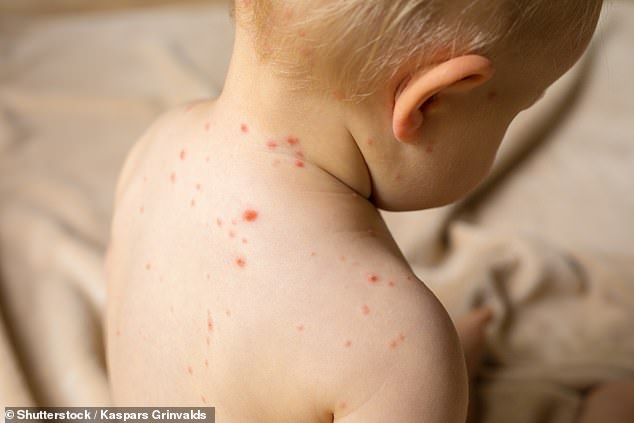 Most children will catch chicken pox, usually before they are ten. It is almost always a mild illness with a fever, and requires a week or so off school and some anti-itching medicine (stock image)

However, I don’t think there is any good reason to take a child to a chicken pox party.

I understand parents want to make sure their children have it while they are young to develop protection, but there is no guarantee they will catch it at the party. Children are infectious two days before a rash appears, and in the first few days after spots develop.

In healthy children, complications from infection are rare but possible. They can develop serious secondary skin infections, nerve problems, eye complications or meningitis.

I think it would be very hard for a parent or carer to deal with the emotional consequences of a child having one of those incredibly serious consequences after deliberately exposing them to the illness. It’s all terribly unlikely but worth considering.

As most children will catch chicken pox in primary school anyway, I’d leave it to nature.

Grandparents will undoubtedly have had chicken pox as children, so will be safe if a child does have chicken pox. Despite what many people believe, adults cannot catch shingles from a child with chicken pox.

Learning about the menopause will be added to the sex education curriculum in secondary schools, Education Secretary Damian Hinds announced last week. I’m sorry, but there’s just no need.

Yes, menopause needs more recognition in the workplace, and more access to proper treatment. But surely there are far more pressing problems in schools, such as a need to teach youngsters about cyber safety, their sexual health, consent and good mental health. Menopause really isn’t an issue for schoolchildren. 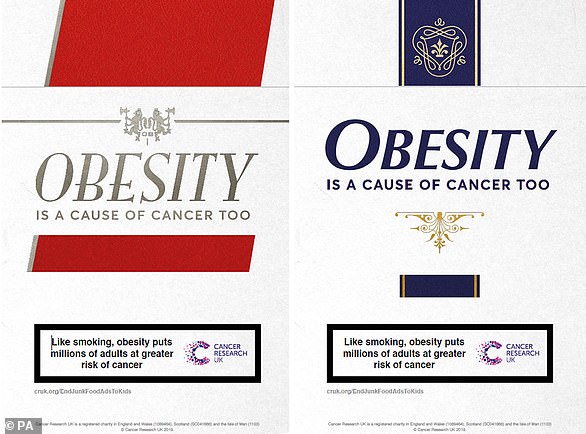 Cancer Research UK has been accused of ‘fat-shaming’ in its latest campaign, which hammers home the point that obesity is a bigger cause of cancer than smoking.

Yes, the adverts are blunt. But they are stating facts that have been shown in numerous well-conducted studies.

I’m against weigh-ins and any attempt to admonish patients into losing weight – we know these tactics don’t succeed. But it’s important people know their health is at risk if they are obese.

My approach would be a bit more subtle. If a patient tells me they smoke, I don’t judge. But I can offer support to quit.

Likewise, anyone who wants to lose weight should be able to find help with their GP. Being overweight is nothing to be ashamed of.

Email DrEllie@mailonsunday.co.uk or write to Health, The Mail on Sunday, 2 Derry Street,

London W8 5TT. Dr Ellie can only answer in a general context and cannot respond to individual

cases, or give personal replies. If you have a health concern, always consult your own GP.