The birth of a baby is a miracle. But for those who have left motherhood later, it is more of a miracle than we would sometimes like to acknowledge.

For women juggling the demands of a career with the desire to become a parent, egg freezing — with the idea of leaving IVF until things are more settled, when life seems more stable — can seem like the perfect answer.

But this makes women vulnerable to exploitation.

Professor Goold argued that clinics are ‘preying’ on women, selling them a treatment that they may not need or that may be unlikely to work, especially if they have already reached their late-30s.

Unfortunately, the world of IVF is the Wild West of medicine; there is no independent body overseeing it. Britain now has one of the highest rates of women giving birth over 40 across Europe, with the number of births in this age bracket trebling over the past 20 years.

The message from these statistics should be that IVF rarely works and, therefore, women shouldn’t bank on it being able to help them. 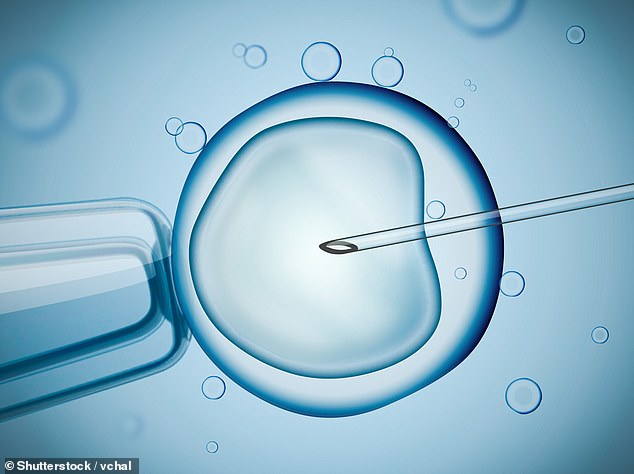 ‘The truth is that, all too often, the only thing freezing your eggs brings is a false sense of security,’ Dr Max says

If you want to have a child, it is better to start as soon as possible. Don’t think you will be able to cheat biology with IVF.

Yet women are told the complete opposite.

They are falsely reassured that IVF will give them what they want, when in reality those trying to have their families in their late 30s or 40s are far more likely to remain childless. IVF can be gruelling, exhausting, disappointing, frustrating and, ultimately for many, futile. Yet too many pin their hopes on it.

Is it any wonder that research shows 10 per cent of women going through IVF report feeling suicidal?

While there are strict guidelines around procedures and processes in IVF, there is very little about controlling the promises the industry makes.

Clinics are free to play on people’s emotions and downplay the risks or chances of failure.

There is no incentive for these clinics to tell women the harsh, unpalatable reality of their own biology. Instead, they sell a fiction that people are eager to hear.

Too many in the IVF industry are little more than snake-oil salesmen.

The industry’s biggest coup, though, has been in the shift in attitudes that it has managed to bring about.

While 30 years ago, the inability to have a child was something individuals and couples had to come to terms with, there is now an expectation that sub-fertile couples will receive medical assistance even if, biologically, the chances of successful conception are vanishingly small.

Within a generation, what was once seen as a quirk of fate is now perceived as a treatable medical condition. In fact, the unstoppable march of IVF means there is now such a strong expectation that all couples struggling to conceive will try it, that those who feel it may be too much of an ordeal or who accept childlessness as their lot are considered unusual.

Perhaps we, the media, must also take some of the blame.

We celebrate the ‘miracle’ babies born to adoring parents who had given up all hope, but rarely talk about the vast majority who stay on the frenetic treadmill of IVF and then, after years and thousands of pounds, are forced to mournfully concede defeat.

For fear of appearing heartless, we avoid asking sensitive questions of celebrity mothers in their 50s who have babies (clearly from donor eggs), but which feed into a myth that motherhood no longer needs to be confined by biological reality.

Clinics offering egg-freezing rely on women being scared and wanting to throw money at a problem. But these clinics have a vested interest in convincing women they need to buy into this process as an insurance policy, highlighting their success rates while burying their failures.

The truth is that, all too often, the only thing freezing your eggs brings is a false sense of security.

Lottie was right to quit the catwalk

Lottie Moss, 24, has said that she stepped away from modelling because of her mental health.

At 13, she was dubbed ‘the new Kate Moss’ after she was a bridesmaid at her supermodel half-sister Kate’s wedding to now ex-husband Jamie Hince in 2011.

Lottie Moss (left), 24, has said that she stepped away from modelling because of her mental health

It can’t be easy being related to one of the most famous models ever and being constantly compared to her. Whatever you do, people will inevitably draw attention to the similarities and differences between you and your more successful sister.

It must be a very disconcerting experience knowing that is what’s going through a lot of people’s minds when they first meet you.

So I am happy she’s decided to walk away from an industry that has a history of caring nothing for people’s well-being.

The sad thing about the nurses’ strike is that it’s undoubtedly going to undermine the public’s trust in the profession. Patients are going to suffer. Demanding more money doesn’t solve the problem of being overworked and not having enough nurses on the wards.

Anyone following the tragic story of law graduate Zara Aleena will have been enraged by her murderer’s pathetic refusal to attend court for sentencing as he didn’t want to ‘relive’ the night he murdered her. What a coward.

There’s been much discussion about what to do about people who commit similar heinous crimes. Having worked in forensics, I’m afraid I’m rather bleak about the reality of rehabilitating offenders, especially those with a history of violence, as he has.

My solution would be to significantly increase the prison terms given out to those who commit violent crimes. Zara’s killer, Jordan McSweeney, had 28 previous convictions for 69 separate offences prior to the murder and had been released on licence just over a week before.

I would also reintroduce the old French system that saw people who commit crimes again and again being recognised as a menace to society and given a mandatory life sentence. 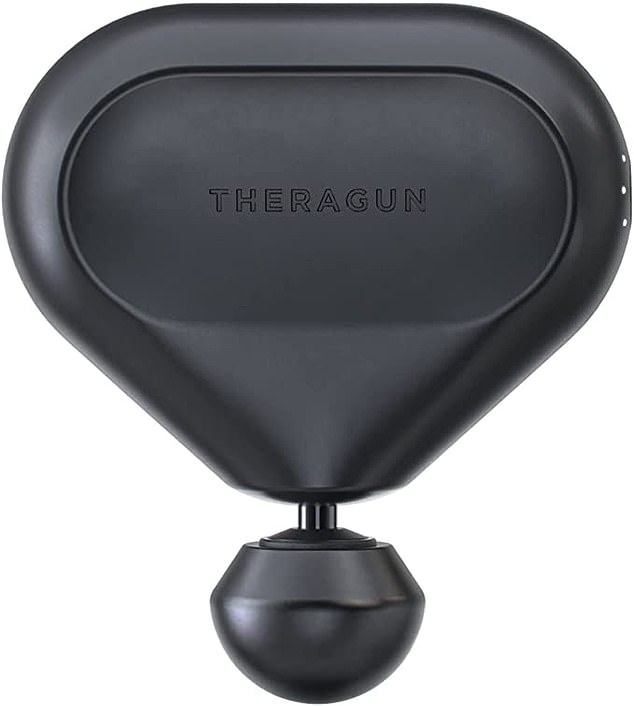 Theragun have just released a new, mini version (£174, therabody.com) which is easy to store and portable

Massage guns seem to be everywhere at the moment. They aim to help recovery and reduce aches and pains after exercise by encouraging blood flow to the area. Lots of gyms have them, but if you’re considering investing in one for your home, Theragun have just released a new, mini version (£174, therabody.com) which is easy to store and portable.