Honesty, my mum used to impress on me, is always the best policy. Of course, this didn’t stop her telling me that I had to eat all my vegetables, or else Father Christmas wouldn’t give me any presents.

In general, though, I try to live by this mantra. So many of the problems in life are caused by us not being honest. And it’s such a relief when you stop trying to avoid the truth and are just open and honest about how you feel. It’s like a breath of fresh air.

This is something I try to impress on my patients when they come to me with problems that relate to their family or loved ones. Too often, we tie ourselves in knots to avoid simply being honest.

Sometimes it’s because we are under the impression that by lying, or holding back from telling them the truth, we are protecting their feelings. Other times, it’s because of a fear that the other person will view us badly for some reason.

But telling the truth can be extraordinarily liberating. This is borne out by research published earlier this week which found that people were more likely to tell lies to someone they felt compassion towards, to avoid hurting them; but that being honest was associated with being happier and, ultimately, improved relationships.

‘Sometimes, a little lie can be a kindness. I learned this when I was a junior doctor and it has stuck with me ever since’

This is all true, of course — up to a point. For there are instances where lying is perhaps the right thing to do, and it might surprise you to hear that sometimes I have even deliberately lied to patients. It sounds like a heresy. After all, doctors have a duty to their patients to be open and honest at all times — at least that’s what we are taught today.

Years ago, doctors might have considered not telling a patient with cancer that it was terminal because they didn’t want to upset them, but this would not happen now — not least because patients are entitled to be treated as grown-ups.

But in the real world, on the wards, things aren’t always that simple and the truth can be too painful. Sometimes, a little lie can be a kindness. I learned this when I was a junior doctor and it has stuck with me ever since.

My patient, Mr Farley, had had Alzheimer’s for ten years, but his kidneys and heart had stopped working properly and he’d been admitted to hospital.

Medically, there was nothing that could be done to treat him. He and his wife were in their 80s and she was his carer. How she’d cared for him on her own all that time was beyond me.

‘It’s all right, darling, I’m here,’ said Mrs Farley as she sat by her husband’s side. No response. She looked a little crestfallen.

‘But look, doctor, he still knows who I am,’ she said to the team lined up at the foot of the bed. She gently stroked his cheek while talking to her husband, and, amazingly, he moved his head towards her.

Back in the office, I accosted one of the senior doctors. ‘He still recognises his wife. That’s incredible, isn’t it?’ I asked.

The other doctor frowned. ‘Oh that? No, of course he doesn’t recognise her,’ he replied coldly. ‘It’s just a reflex.’ He meant Mr Farley had turned his head only because it was a neurological throwback from when we were breastfed and moved our heads towards our mother’s body.

Mr Farley didn’t recognise his wife at all. Anyone or anything touching his cheek would have induced the same response.

Medicine can be cruel like this, reducing things to neural pathways, to reflexes, to physiological mechanisms. And sometimes I think we can know too much.

‘We’ve been married for over 60 years,’ she told me, ‘and no matter how bad things have been, at least he’ll always know that I’ve been by his side, looking after him, won’t he doctor?’

I looked her in the eyes, thinking she’s asking me because she wants me to reassure her.

But what good would the truth do? ‘Yes, of course he does,’ I lied, and walked on. 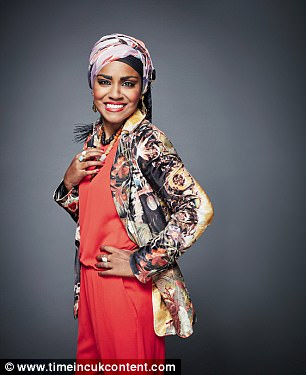 Nadiya Hussain has spoken candidly about having panic attacks

All credit to Nadiya Hussain, star of The Great British Bake Off, who has spoken candidly about having panic attacks. Nadiya, who is now co-hosting BBC2’s The Big Family Cooking Showdown, has revealed that she’s dogged by panic attacks, which she described as her ‘monster’.

Panic attacks are one of those mental health problems that are greatly misunderstood, and unless you have had them yourself, it’s hard to appreciate how crippling they can be.

I think partly it’s because the word ‘panic’ makes people think of getting into a bit of a state — just working yourself up. But this is not what a panic attack is like at all.

The physical symptoms are caused by your body going into ‘fight or flight’ mode. As it tries to get more oxygen, your breathing increases and your heart starts racing — and this, in turn, causes you to panic more, making the symptoms worse.

It’s a vicious cycle. You genuinely feel as if you’re about to die.

I know this because I used to have them myself. When I was at university I developed a bad chest infection, and one of the side-effects of my antibiotics was extreme lightheadedness.

One day, walking to a lecture, my head began spinning. My heart was beating faster than usual, until it was racing so hard I thought my chest would burst. I couldn’t breathe and was shaking. I sank to the floor and people crowded round, but within about ten minutes it had passed.

The next day as I walked towards the lecture theatre, I began to worry that it might happen again. And as I worried about it, it did. This went on for several weeks and I began to dread leaving the house.

But my GP said I was fine. I wasn’t, and eventually one of the physiology professors spotted one of my attacks, explained what it was and said that I should have psychotherapy.

I had six sessions of cognitive behavioural therapy and I’ve never had another attack. But I’ll never forget how terrifying and debilitating it all was. I’m proof that people get better — with the right treatment.

The NHS can take a lesson from the building trade…

How do we stamp out abuse and neglect on NHS wards? The Health Service could learn a lot from the construction industry.

This week, property developer Mike Holland was given a nine- month prison sentence for manslaughter following the death of carpenter Dave Clark on his construction site.

The Health & Safety executive had warned a year earlier that the site was unsafe, and Holland was charged as the person ultimately responsible for it.

This is the kind of approach we need for hospital managers. At present, the thing that scares them is not meeting targets, because they risk the hospital being penalised financially.

I have witnessed managers displaying chilling ruthlessness towards patients to avoid this. 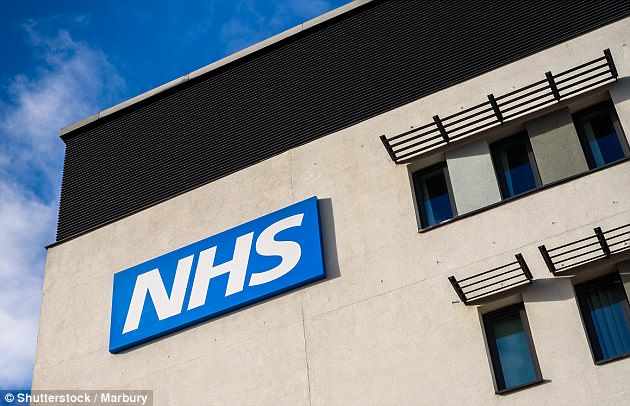 ‘I guarantee that if senior managers were held ultimately responsible for what happened in their hospital, the culture in the NHS would change overnight’

But I guarantee that if senior managers were held ultimately responsible for what happened in their hospital, the culture in the NHS would change overnight.

Suddenly, people wouldn’t sit silently while patients unexpectedly died. They wouldn’t ignore patients being neglected or abused. Managers would descend on wards to check that patients were being fed.

They would ensure there were enough nurses, and that all staff were competent.

If someone was held personally accountable every time a patient developed a bedsore, for example, and the consequence was a fine or imprisonment, bedsores would soon become an historical anomaly.

Of course, targets should still be valued — but the one thing that trumps them should be what’s best for the patient. And the only way this can be achieved is if those at the very top of the hospital are scared.

The day is fast approaching when even the tiniest scratch will be fatal. That was the view from the World Health Organisation this week, with a report warning there aren’t nearly enough new antibiotics in the pipeline to avert a crisis of widespread drug resistance.

Through sheer stupidity, mankind has managed to make one of the most powerful discoveries in the history of our existence pitifully impotent. Some have blamed GPs, others the farmers or the pharmaceutical industry.

But the truth is, we are all to blame. We insist on being prescribed antibiotics because we don’t want the inconvenience of even the mildest infection, and yet at the first sign of improvement we stop taking them.

We even insist on antibiotics when we have viral infections.

Our greed for cheap meat has fuelled the rise in antibiotic resistance, and yet we baulk at the idea of reducing our consumption. How many people will have to die before we change our own behaviour?