DR MAX THE MIND DOCTOR: How you can sow seeds of recovery to find happiness

During the Eighties, a young GP called Sam Everington was working in a deprived part of East London.

Many of his patients suffered from depression, so he applied the knowledge he’d acquired at medical school — that depression was the result of a chemical imbalance in the brain that could be alleviated by medication.

However, Dr Everington soon realised that the drugs weren’t working: few of his patients showed much improvement.

He thought long and hard about this, and came to the conclusion that depression is far more complex than the medical model allows for. It’s not just a biological phenomenon, it’s social, too. It’s no good dishing out tablets if patients are disconnected from the world and feel unsupported. We are, after all, social animals.

It’s true that there are patients who, despite everything going fantastically well in their lives, can suddenly be struck down with depression for absolutely no discernible reason (stock image)

Depression, Dr Everington decided, was just as much a societal problem as it was a blip in someone’s brain chemistry.

So he embarked on a fascinating experiment. He took over a piece of scrubland near his surgery and started ‘prescribing’ gardening to depressed patients.

Over several months, patients worked on the land, preparing it for planting, watering and weeding it, spending hours outdoors engaged in physical activity.

Then, as the flowers came into bloom, they saw all their efforts had paid off. Passers-by commented on the garden’s beauty and charm.

What perhaps was even more beautiful is what the garden had done for the patients.

As they tended the plot, they talked — initially about the garden and what they were doing, but later about themselves, sharing details of their lives, their problems and challenges.

Over time they became friends, finding common interests and providing the support, understanding and care for one another that, for a variety of reasons, they had previously lacked.

This week, I read how a GP surgery in Dursley, Gloucester, has started something similar, ‘prescribing’ allotments to depressed, stressed and lonely patients, and to those with joint and mobility issues.

It made me think of Dr Everington’s experiment all those years ago, and I wondered why it has taken so long for the benefits of such ventures to filter down.

Today, Sam Everington — or Sir Sam, as he is now — is a highly regarded GP in East London. He continues to be one of the main proponents of ‘social prescribing’ — of which, thankfully, the health service is increasingly in favour.

Sir Sam’s experiment has long struck a chord with me because I’ve always regarded the biological explanation for depression as rather simplistic. It doesn’t fit with what I observe in my clinic.

It’s true that there are patients who, despite everything going fantastically well in their lives, can suddenly be struck down with depression for absolutely no discernible reason. Some sort of chemical imbalance seems to be the problem in this group.

But for many, many others, their depression is clearly rooted in social factors. They may, for one reason or another, be disconnected from family members and friends, live in poverty, or have had a troublesome upbringing which impacted on their ability to form relationships.

They are also often in profound emotional pain — and the only real salve for all this is support from another individual.

Social prescribing should inform how we tackle all mental health problems — an acknowledgment of the complex interaction between biological, social and psychological factors.

But the real lesson from Sir Sam’s experiment is that it’s no good just sending people out with a trowel and a packet of seeds. Such initiatives need to be carefully managed, especially in the early days when the dark cloud of depression still hangs over patients and everything they do.

Social prescribing is about ensuring there’s a system in place to support patients as they get better. When done properly, it can have wonderful results. One of Sir Sam’s patients described it perfectly: ‘As the garden came to life, we, too, came back to life.’

Having been a yoga refusenik, I’ve finally succumbed to the craze after suffering an ankle injury. Someone suggested yoga to improve suppleness — and now I’m hooked.

I’m in good company. This week, Prince Charles said that the benefits of yoga could help ease pressure on the health service.

He’s right, to a point. It’s not going to be a panacea for the NHS, but it does make you more aware of your body and fosters a desire to take better care of it. Check out A Guide To Yoga on nhs.uk 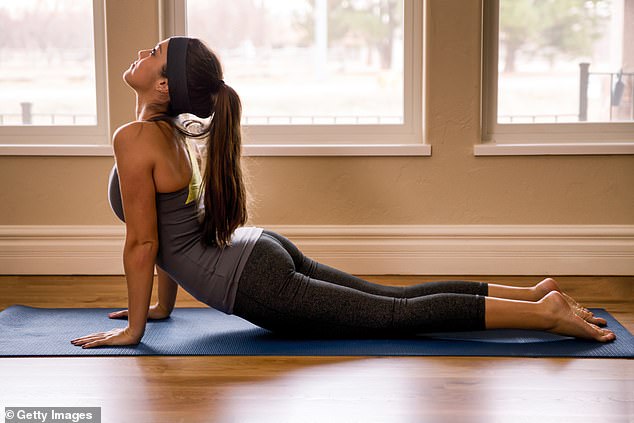 In the course of my job, I’ve been kicked, spat at, punched, had knives drawn on me and twice been taken hostage.

This is fairly common in A&E, and many colleagues have had similar experiences.

We have our own ways of dealing with this — largely humour — and I’ve always felt it rather goes with the territory.

I certainly never felt the need for a ‘safe space’ to retreat to after a traumatic experience. But that’s the latest initiative from Health Secretary Matt Hancock. He says it will help the NHS avoid ‘burnout’ in staff.

This is not only unbelievably patronising, it also misses an important point.

If Mr Hancock wants to address burnout, then he should tackle the real cause, which is not being able to get some of our patients the help they need. Can you imagine the sadness and frustration of dealing with a suicidal individual, referring them for more treatment — and then discovering it’s not available?

It happens all the time. That’s what staff find ‘traumatic’ and what causes burnout.

GPs must wake up to the truth about HRT

The number of prescriptions for Hormone Replacement Therapy (HRT) has, as the Mail reported this week, halved in the past seven years.

This suggests that millions of women have been left to cope with the symptoms of the menopause without medication that could help them.

HRT has fallen out of favour after a 2002 study linked it to an increased risk of breast cancer and stroke.

What was less widely reported, though, was the fact that this study exaggerated the risks. Subsequent research has emphasised the benefits of HRT, but many doctors remain wary.

This is a tragedy for those women whose quality of life could be dramatically improved by taking HRT.

The impact of the menopause on mental health cannot be overestimated, with disrupted sleep, hot flushes and so on triggering depression and anxiety.

But I’m also convinced that the hormonal fluctuations can be responsible for low mood in the same way that post-natal women can develop depression.

I’ve seen many women who are struggling to cope with the menopause, for whom HRT has been a godsend. But too many are being palmed off with antidepressants instead. It’s time all GPs availed themselves of the real facts about HRT.

A travesty of justice

A proposal by James Caspian, a respected psychotherapist, academic and LBGT campaigner, to conduct a study into ‘trans regret’ — the regret felt by some who undergo gender reassignment surgery — was rejected by Bath Spa University in 2017.

This week, he took his battle to the High Court seeking a judicial review, but — sadly — was refused permission by a judge to challenge the veto. I find this profoundly disturbing. No questions should be off-limits in science.

The vast majority of trans people I’ve worked with have not regretted transitioning. But there is a small minority who do regret it — and psychologists and doctors simply don’t know enough about why.

Good clinical practice is all about questioning, endlessly, what we do or don’t do. Does it work? Can we improve it?

Mr Caspian was absolutely right to challenge this short-sighted decision by the university.