DR MAX THE MIND DOCTOR: Of course alcoholics need help, but it’s NOT a disease

Over the course of my career, I’ve spent many years working with alcoholics. I know the battle they face and the torture they endure in facing their demons and giving up the bottle.

I’ve seen many succeed, but also many more fail. It’s a struggle that often gets right to the heart of who someone is and I wish Ant McPartlin all the best for his rehabilitation.

But after he was charged this week with drink driving I’m afraid my patience and sympathy are in short supply: by all means ruin your own life, but don’t put the lives of others at risk.

Having seen people die as a result of drink-drivers, I have zero tolerance for them.

When you’ve had to tell someone, as I have, that their child has died at the hands of a drink-driver, you quickly develop a hard carapace when it comes to drink-drivers’ self-obsessed pleas for leniency.

Having seen people die as a result of drink-drivers, I have zero tolerance for them, says DR MAX (file photo)

Yet I’ve already heard people talking about Ant’s battle with ‘the disease’ of alcoholism and it makes my heart sink. People want to show how understanding they are, but the idea that alcoholism is a disease — the so-called ‘disease model’ of addiction — helps no one, not least the alcoholic.

The argument is that although the use of alcohol is voluntary to start with, in some individuals it ‘flicks a switch’ in the brain that means they can no longer stop drinking.

This has never been proven and a review article in the highly respected medical journal Lancet Psychiatry in 2015 concluded that the research conducted into addiction does not support the simplified view that it is a disease.

The authors also challenged the idea that the disease model of addiction represented the consensus view among experts. In fact, like me, many doctors reject the idea that alcoholism is a disease.

That’s not to say it doesn’t need treatment and those who suffer from it don’t need help and support. Of course they do.

But viewing alcoholism as a disease is counter-productive.

Alcohol addiction represents an inappropriate coping strategy for intense emotional pain and psychological distress. Making alcoholism a ‘disease’ removes any sense of responsibility or ownership and flies in the face of the psychological work that is done with alcoholics. The fact is, people choose to drink alcohol. This element of choice is not afforded to those with MS, cancer or cerebral palsy. That’s not to say that choice is easy or straightforward. But it’s a choice nonetheless.

To drink is an active decision they make each day and pretending otherwise is to rob them of the power to choose a different path — the process of recovering from alcoholism involves taking responsibility and realising they are the architects of their own misery.

This is overwhelmingly scary for most at first. But over time it is incredibly liberating to realise that, while you are the cause of the despair you experience, you are also your own salvation.

The term ‘disease’ undermines this recovery process. It disempowers the individual, suggesting they are impotent in the face of their dependency when actually they are the only one who can change their behaviour.

What’s interesting is that although there is a group of people pushing for alcohol addiction to be called a disease, we don’t hear people saying the same thing so readily about drug addiction. We don’t hear talk about ‘the disease heroin addiction’, for instance. Rather, the element of choice is emphasised, along with taking responsibility for your actions. 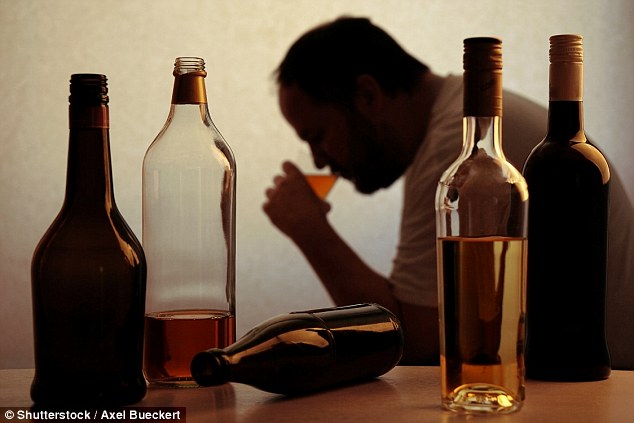 Alcohol addiction represents an inappropriate coping strategy for intense emotional pain and psychological distress. Making alcoholism a ‘disease’ removes any sense of responsibility or ownership and flies in the face of the psychological work that is done with alcoholics (file photo)

Why is this? The idea of a disease communicates sympathy and understanding. It says to people we’re not judging you, we are taking this seriously and know how hard this is for you.

I think this is why the idea of alcoholism as a disease is championed by many of the liberal elite — it’s a way of showing how caring they are and so it makes them feel better about themselves.

Similarly this is why people are wary of challenging the disease model — they’re fearful they’ll be accused of being cold-hearted.

But you can show compassion and care to the person struggling with alcohol dependence — just as doctors and nurses working in this area do — without removing their responsibility.

Why do we have to pretend that it’s something it’s not?

Why, despite all the promises to tackle the issue, do patients still endure the indignity of mixed-sex wards? Although ministers pledged to get rid of them by 2010, latest figures show the number admitted to mixed-sex wards was at its worst for seven years during the winter crisis.

This is a classic example of the disconnect between public-facing people such as ministers, and those at the top of the NHS.

Faced with irate members of the public and media campaigns, of course politicians will promise to deal with the problem.

But the priority for those high up in the NHS is to reduce costs — and unlike government ministers, they’re not accountable to the public in the same way. Sitting in their offices, staring at their pie charts, it’s easy for them to become out of touch with what really matters to people.

For years, senior NHS managers have been pushing an agenda of closing hospital beds in favour of moving care into the community. While they claim it’s because people want to be cared for in their own homes, all they’re really interested in is money — and hospital beds are expensive.

The NHS has lost 15,000 beds in the past six years alone — that’s one in ten beds gone, despite demand and a rising population.

This policy is incompatible with the promise to stop mixed-sex wards. When hospitals operate a ‘one in, one out’ policy because they’re so full, allocating beds on the basis of gender is impossible.

The Mail has long campaigned against mixed-sex wards. Many, particularly the older generation and those who are bedbound, find them embarrassing.

I remember speaking to a patient who had not opened her bowels for over a week. She explained she couldn’t use the commode as the beds on either side were occupied by men.

‘The only man who has ever seen me naked is my husband,’ she told me apologetically. In fact, the hospital should have been apologising to her.

Research shows, too, that patients are at increased risk of violence on mixed wards — two-thirds of all attacks occur there.

It’s time the politicians made it clear to those NHS bosses that cutting beds isn’t the answer to the Health Service’s problems.

Should HRT get a second chance?

For years, Hormone Replacement Therapy (HRT) has had a bad press after a study published in 2002 linked it to increased rates of breast cancer and strokes.

This prompted widespread panic among the medical profession as well as the public and cast a long shadow over it.

HRT is in the news again — this time because new evidence suggests it can help the brain and even stave off memory loss.

Could it be time to rethink HRT? When the original study that caused so much concern was analysed in depth, it emerged that while HRT can be risky for some groups of women, for others the benefits actually far outweigh the risks.

Doctors and patients must remember that while sometimes speedy action is warranted and undoubtedly saves lives when responding to health scares, as the HRT story shows, we can be too hasty to dismiss something on evidence that doesn’t withstand scrutiny. 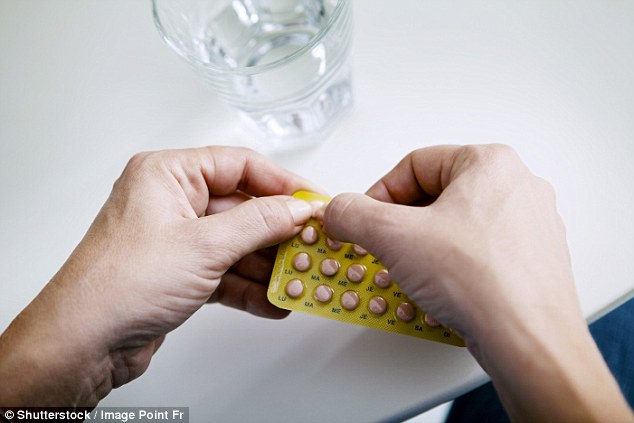 For years, Hormone Replacement Therapy (HRT) has had a bad press after a study published in 2002 linked it to increased rates of breast cancer and strokes (file photo)

The fact is, things are often not black or white in medicine. But nuance is something that even doctors struggle with.

It’s a particular problem with specialists who all too often fall into the trap of viewing things from their narrow range of expertise.

So we had gynaecologists insisting that HRT was fantastic, while oncologists and cardiologists denounced it. The truth was somewhere in the middle.

Like any treatment, HRT has risks and benefits: and the fact is that, for some women, it’s a valuable medicine.

I’m usually a great fan of the Duchess of Cambridge, but I take issue with a speech she gave at the Royal Society of Medicine this week, in which she argued that children need lessons in becoming parents.

I can’t believe she’d really thought that through. Don’t they have enough to learn at school already?

And what on earth could you realistically teach them that will have any benefit for something that, hopefully, they won’t need for years?

The toughest part of parenting is coping with teenagers — how would you teach a teenager to parent a teenager? It’s ludicrous.

Focus instead on ensuring that they grow up to be happy, thoughtful and well rounded. that’s what will make them good parents.