DR MAX THE MIND DOCTOR: Stamp out the curse of care home cruelty

The memory of it still makes me shudder. Some years back, I witnessed unimaginable cruelty towards some of the most vulnerable in our society, by the people who were supposed to be caring for them.

When I was a student, I spent a summer holiday working in a nursing home, where I saw elderly people, many of whom had dementia, being treated in utterly sickening ways.

Distressed residents were left tied to chairs; others were locked in their bathrooms. On one occasion, I unlocked a door to a store room to find an elderly woman on the floor, crying and covered in her own excrement. She’d been locked in there as ‘punishment’ for disturbing the staff by pressing her buzzer.

I went to Social Services, who asked me to keep a log of everything. What happened? Yes, the owners did fire the matron and the care home was closed down — but it then reopened a few months later under a different name. And no one was arrested, no one punished.

These horrifying revelations have echoes of the Winterbourne View private hospital scandal eight years ago, in which horrendous abuse of patients with special needs was uncovered by another Panorama investigation (pictured)

I thought back to those days this week while watching Panorama’s shocking undercover footage of carers allegedly abusing people with learning disabilities at Whorlton Hall independent hospital in County Durham.

In Thursday night’s programme, staff were heard taunting, provoking and intimidating the vulnerable patients they were meant to be looking after.

These horrifying revelations have echoes of the Winterbourne View private hospital scandal eight years ago, in which horrendous abuse of patients with special needs was uncovered by another Panorama investigation.

How can this appalling behaviour be happening again? Why has the Care Quality Commission (CQC), the body supposed to be regulating these care homes, failed to put a stop to it?

Astonishingly, it has emerged the CQC inspected the privately run, NHS-funded Whorlton Hall hospital in 2017 and rated it ‘good’. It has since apologised. But that’s not good enough.

One serious problem is that the way the CQC goes about measuring performance is disastrously infected with the bureaucratic tickbox mentality so common to quangos and government departments. Inspectors focus on easily monitored and quantifiable criteria such as how medicines are stored, infection control procedures, policies around how complaints are dealt with and how up-to-date care plans are.

Of course, these things are important. But the fact is they assess only a narrow aspect of the service that is delivered, and very often fail to address the actual quality of care at all.

The way these inspections are run, they can’t take into account whether staff are compassionate, what their attitudes are towards those they care for or whether they understand how important their job is. Inspectors need to spend more time talking to residents and their families and even go undercover if necessary.

Clearly, the way the CQC assess care homes needs to change. But changing the way care homes are inspected and regulated is not enough on its own. We also have to get really tough on those who perpetrate the abuse.

Ten members of staff at Whorlton Hall have been arrested and 16 suspended pending investigation. But they shouldn’t just face disciplinary action and lose their jobs: they should feel the full force of the law. Prosecutions should be pursued in every case of abuse.

I also think there needs to be a shift in Government policy. We need a change of culture in UK care homes, and to bring this about we need strong legislation.

Nothing will change until it becomes economically imperative for the owners of private care homes to ensure abuse is stamped out, rather than ignored. They need to be held personally responsible for poor care, with hefty fines attached, not just allowed to fire a few members of staff and reopen under a new name.

When the owners themselves are held responsible, they will take far more interest in what is actually happening in their homes rather than simply in how much money they are making.

Minimum qualifications for carers must be introduced, as well as a professional governing body, as nurses and doctors have, that can regulate them.

Abuse has no place in our care homes and we must send a message that it will not be tolerated.

I’m a great fan of this natural remedy and often suggest patients suffering from stress or mild anxiety take it in capsule form before considering medication.

Indeed, one told me recently how much it had helped her.

Research shows that lavender oil works on the same receptors in the brain as anti-anxiety medications such as Valium, but unlike these drugs, it is not addictive and doesn’t cause withdrawal symptoms.

Capsules are available from pharmacists or health food shops. 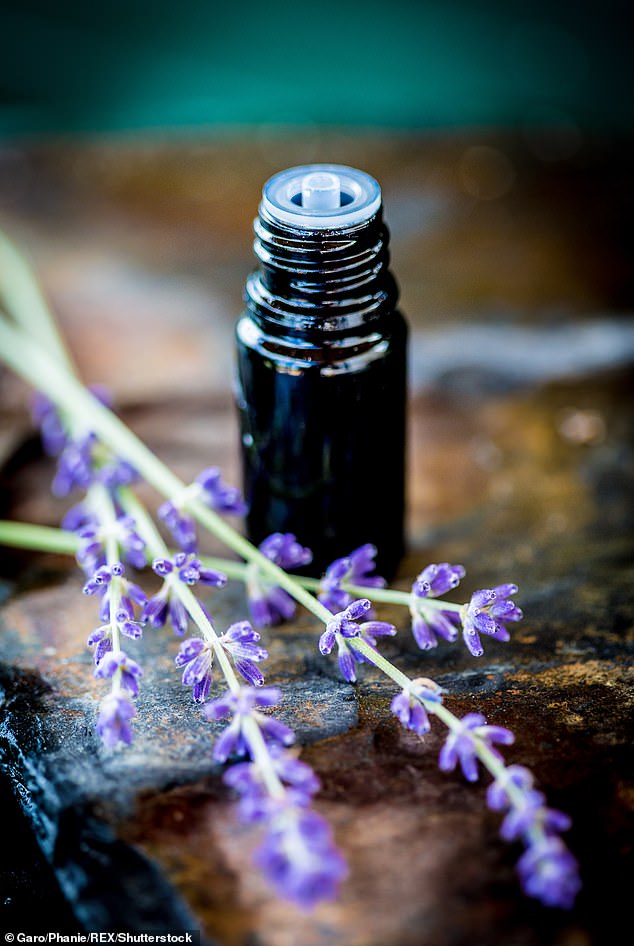 Research shows that lavender oil works on the same receptors in the brain as anti-anxiety medications such as Valium, but unlike these drugs, it is not addictive and doesn’t cause withdrawal symptoms

A study published this week has found that penis enlargement surgery doesn’t work and carries high risks of complications.

British experts who conducted the research found that many procedures leave men physically and mentally scarred, plus the majority are not satisfied with the results.

Despite calls for the procedures to be banned, the private sector continues to exploit men’s insecurities. Procedures can cost up to £40,000 and many desperate men convince themselves that this will be the answer to their problems.

It won’t be, and in reality many men who undergo these operations have severe low self-esteem, while some have body dysmorphia (a psychological condition whereby people fixate on one part of their body and become convinced it is deformed or requires alteration).

Health inequality has been in the news a lot recently, with campaigners saying that women get a raw deal — something that has been dubbed the ‘gender health gap’. Research suggests women are diagnosed with Alzheimer’s later, are less likely to be prescribed painkillers and to participate in clinical trials.

Another piece of research this week supports their argument.

Doctors are more likely to miss heart failure in women than men, as they assume it’s a ‘male’ disease, despite 40 per cent of sufferers being female. 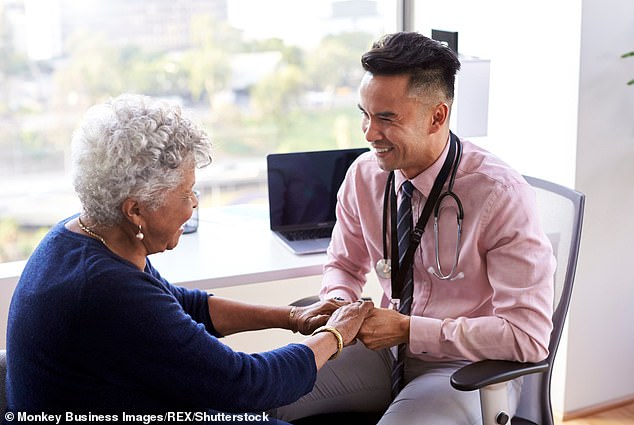 Research suggests women are diagnosed with Alzheimer’s later, are less likely to be prescribed painkillers and to participate in clinical trials

This isn’t explicit sexism — it simply doesn’t occur to doctors that women might have heart problems. It’s a good example of how unconscious prejudices influence our decisions.

I’m sure this happens elsewhere in medicine. I’ve seen it the other way round when doctors miss anorexia in men.

These assumptions don’t just affect diagnoses based on gender, either. A few years ago, I met a man in his 70s who had just been diagnosed with syphilis after months of illness that no one could explain — because no one thought he might be sexually active.

Veg gives a bellyful of cheer

There is mounting evidence that our gut health is linked to our mental health. Quite how this works isn’t yet clear, although it’s interesting to note that, for example, the serotonin receptors that many common antidepressants target are in our guts as well as our brains.

According to new research published this week, improving gut health can improve anxiety symptoms. Chinese researchers concluded there was a clear link between regulating intestinal bacteria and a decrease in anxiety.

What’s more, it found that while taking probiotics helped, the most successful intervention was actually the simplest — eating more fruit and vegetables. This allowed our natural gut bacteria — or ‘microbiota’ — to flourish, which in turn improved mental health.