DR MAX THE MIND DOCTOR: Why kids and adults can be damaged by social media

We’ve all read the headlines and heard the reports: social media can be bad for youngsters.

It’s been linked to all sorts of psychological problems, from depression to eating disorders.

There’s no doubt that, thanks to social media, children are bombarded with unrealistic portrayals of the body.

‘There’s no doubt that, thanks to social media, children are bombarded with unrealistic portrayals of the body,’ writes Dr Max Pemberton

I see the fallout of this in my eating disorder clinic all the time, with youngsters describing how they started to restrict their diet after seeing pictures of models with their clavicles jutting out and showing off unfeasibly taut abdominal muscles.

Social media exposes children to manipulated, artificial and unachievable images of the body, which promotes low self-esteem and low self-worth.

And I’ve seen plenty of youngsters who have experienced abuse and bullying online, driven to self-harm as a way of dealing with the stress, with some even attempting suicide.

But now a new study has suggested that it’s not just children who suffer as a result of social media.

In fact, the research found that, when used properly and with caution, social media can actually have a positive impact on youngsters, educating them, empowering them and helping them to connect with like-minded peers and expand their horizons.

Yet it seems that for people over 30, social media tends to do the opposite, having a negative impact on users’ mental health, putting them at greater risk of depression and anxiety caused by spending too much time online.

In contrast to the generation who have grown up using technology, middle-aged and older users tended to report higher levels of stress the more time they spent on social media platforms such as Facebook.

Why could this be?

It’s interesting we assume that, just because someone is older, they’re not as susceptible to the constant drip-drip effect of polished and sanitised aspects of other people’s lives and comparing them with their own unfavourably.

Indeed, just as youngsters respond to being bombarded with photoshopped images of models by assuming that their own body is grossly flawed, so older users read the status updates of their friends and acquaintances, see the pictures from luxury holidays, the big houses, the successful careers and compare them unfavourably to their own humdrum lives.

The problem with social media is that it shows the flashy designer handbag, but not the crippling credit card bill that accompanies it. 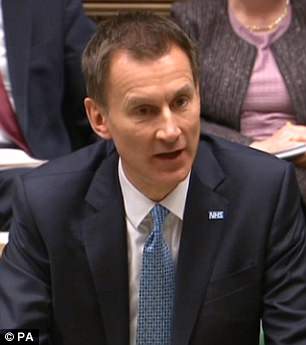 It shows the paradise beach holiday, but not the flaming row with the spouse and the miserable kids who complained the whole time. It doesn’t show real life, yet we assume it does.

In many ways, I think it’s almost worse for grown-ups than for children, because adults assume they are immune to all this, when the opposite is true.

They sit there, late at night, ruminating over the failures in their lives while online they find countless examples of friends and acquaintances whose lives appear so much better than theirs — only reaffirming their belief that they’ve failed in life.

No wonder they become depressed and anxious.

But I also worry about what this does to us as a society, shifting us towards expressing what’s happening in our lives only in material terms, success being all about possessions, experiences and status.

The stuff that really matters can’t possibly be captured on social media: there isn’t a status update for ‘my kids are growing up OK’, or ‘I love my family’ — and yet surely these are more important that any material possession.

Alfie shows we still have so much to learn

There can be no winners in the heart-breaking case of infant Alfie Evans.

I agree with the court’s decision that he be allowed to die, but also completely understand how, with their son hanging on to life by a gossamer thread, his parents have raged against the dying of the light.

Utterly powerless to do anything about their son’s condition, their fury at the unfairness of it all has been directed towards the doctors.

But while that, too, is understandable psychologically, the response from some members of the public — Alfie’s Army — who have been holding protests outside the hospital, is not.

Can they really think this achieves anything, or that it’s fair on the staff and other patients at the hospital?

There have even been death threats towards the judge. This kind of behaviour is absolutely abhorrent.

No one wants to see a child die, but equally the medical professionals know the limits of medicine and when it starts to do more harm than good.

The protesters’ actions made me wonder how they could have so badly misunderstood those limits.

Their hope was misplaced, but also strangely touching, as it showed an unwavering belief that medicine has the answers.

The blame for this lies somewhere in the failed promises of medicine.

The latter half of the last century is often referred to as the Golden Age of medicine because, within a few short decades, vast numbers of diseases that had previously been fatal were suddenly curable — or at least made bearable.

As a result, we’ve come to believe that medicine has the answer for every ill.

Indeed, the protesters seemed incredulous that the doctors and nurses couldn’t do something.

But sometimes medicine doesn’t have the answer: it’s not omnipotent and we’re still relatively ignorant when it comes to many diseases.

The condition affecting Alfie has baffled doctors: it doesn’t even have a name yet, let alone a treatment.

Worst of all, there’s also the cruel reality that while medicine can often keep someone alive, it can’t always alleviate their suffering.

A wily old professor of medicine who taught me used to say: ‘If you’re not careful, trying to help can cause just as much misery for your patient as not helping them at all.’

This is the tragedy of Alfie’s case: medicine failed him.

Sadly — and more often than people realise — it does not have the answers.

The drug tamoxifen has revolutionised the treatment of breast cancer.

But research published this week shows that only one in seven women prescribed tamoxifen takes it; the others are more worried that side-effects, such as fatigue, will interfere with their chores.

This is madness and speaks to a much bigger problem, where women are still expected to keep so many plates spinning in the air regardless of what else is going on — even, it seems, recovering from cancer.

Women are potentially sacrificing their health to keep on top of housework.

Which begs the question: where are their husbands or partners in all of this?

The truth about pills and dementia

For many people, antidepressants are a lifesaver.

But a study this week seemed to show they also might have some very serious adverse effects.

It found a link between those taking antidepressants long term and a raised risk of dementia.

The study is important, but not for the reason people might assume.

For it didn’t show that antidepressants cause dementia; it found an association, which is a very different thing.

This simply means that the actual cause might be something that links the two things.

For example, coffee drinking is associated with lung cancer.

But this isn’t because coffee causes lung cancer; it’s because people who smoke are more likely to drink coffee.

It’s the smoking that causes the lung cancer.

So, why might taking antidepressants for a long time be associated with an increased risk of dementia?

It’s fair to assume that if someone is on antidepressants long term, then the chances are they must have severe, recurrent depression.

We know that there is a link between depression and developing dementia.

So it would make sense that if you have recurrent, severe depression, you’re at greater risk of developing dementia.

It’s not the antidepressant that is increasing the risk, but the underlying depression that it’s treating.

But why would something psychological, like depression, result in a neurological degenerative disease such as dementia?

We are starting to realise that depression is not only a mental problem, but that it also has physical effects on the brain, with a strong link between depression and inflammation.

Could it be that the inflammatory process going on in depression somehow triggers dementia?

What is becoming clear is that the mind and the body interact far more than we ever imagined.