DR MAX THE MIND DOCTOR: Why we Britons are so depressed

What is wrong with this country? I mean that quite seriously. Something clearly is not right because, according to new statistics, people in the UK are among the most depressed in the Western world.

The data from the Organisation for Economic Co-operation and Development (OECD) showed that our rates of depression are more than double those of countries such as Poland, Greece, Italy and the Slovak Republic. And that is despite this country having a relatively high standard of living.

I think this is a fascinating finding that tells us a lot about how so much of what we think about depression is wrong.

Consider this: we have some of the highest rates of antidepressant prescribing in the world — and this is rising. The NHS issued 64.7 million prescriptions for antidepressants last year, double the amount from a decade ago. Yet research also shows people are getting more depressed, not less. So what is going on?

A study has found people in the UK are among the most depressed in the Western world. That is despite this country having a relatively high standard of living

The problem, I think, is that the way we understand depression has been dominated in recent years by the idea that it’s just a chemical mishap in the brain; a random imbalance of chemicals.

This has been fuelled by the pharmaceutical industry, which with the development of SSRIs (a group of antidepressants, including Prozac, which are now the most commonly prescribed) has propagated the idea that depression can be treated with pills.

But if depression is simply a chemical mishap, then we wouldn’t be seeing these raised figures. In countries where prescription rates for antidepressants are high, there would be low levels of depression, as it would be being treated — just as countries with high rates of statin prescriptions see low cholesterol levels in the population.

If you look at it this way, given our high prescription rate we should have nailed depression in the UK. But clearly we haven’t.

And that’s because while brain chemicals are doubtless involved, clearly there are social and cultural factors, too. However, with the dominance of the biological model, this is too often ignored.

There is no doubt that the biological theory may help explain what’s happened to patients whose depression seems to come out of nowhere; an inexplicable black cloud which nothing and no one is able to shift.

It seems baffling and perplexing because they seem to have pleasant and stable lives, yet are suddenly incapacitated for no apparent reason. But there are the others I treat whose depression does seem to make sense.

I remember being asked to see a middle-aged woman who’d come into A&E because she was so depressed she’d stopped eating and drinking. 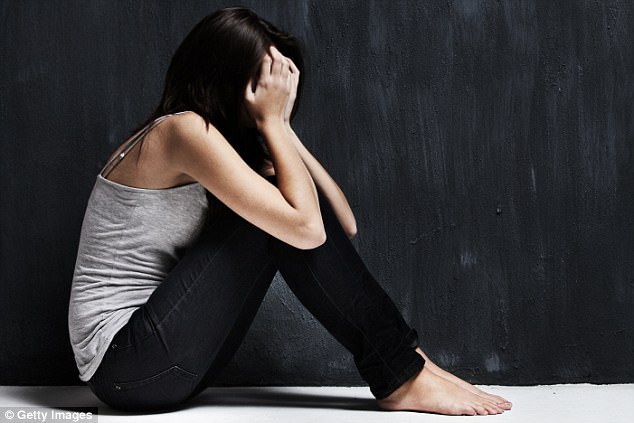 The UK has some of the highest rates of antidepressant prescribing in the world — and this is rising. The NHS issued 64.7 million prescriptions for antidepressants last year, double the amount from a decade ago (File photo)

She was a shell of a human being, totally exhausted and devastated by her depression. She’d previously been admitted for it and little seemed to make it better. She was so depressed she could hardly be bothered to look up.

It transpired it was the anniversary of the deaths of her husband and two children, caused when she had momentarily fallen asleep at the wheel of the family car.

Is what she was experiencing a problem with her brain chemistry? As I listened to her story, her voice thin and distant, her eyes dead and hollow, I asked myself what other possible response there could be to what had happened.

Wasn’t her depression a normal response to something unimaginably horrendous?

I’ve thought the same when I’ve worked with patients with depression who’ve survived genocide and seen terrible atrocities, or at the less extreme end of the scale, the single mum who’s living in a high-rise with screaming kids, trying to make do on a minimum wage job.

Can we really sum up their illness as a chemical imbalance that pills can cure?

The reason, I think, that we as a nation are more depressed than others isn’t because of a quirk in biology: it’s social. And a large part of it is our high expectation for our lives.

We believe we should have the perfect life and be happy all the time. This puts us under incredible pressure and, in striving to be perfect, we fail, making ourselves miserable. Other societies take a more pragmatic approach and, ironically, as a result are more relaxed and happy.

So the answer isn’t to reach for the prescription pad, but to look at our lives and the pressures we put on ourselves and our children.

That is not to say that antidepressants don’t work. Rather, it’s that we do people with depression a disservice if we insist that the biological model of depression is the only one that’s relevant. For it means we fail to see people holistically or take into account what has happened in their lives.

When depression is seen like this, it’s clear tablets are not always the answer.

Patients who try to blackmail the NHS

You have to hand it to Gillian Jenkins. The 57-year-old from Penarth, near Cardiff, has managed to transform her life after losing nearly 18 st in weight through careful dieting and exercise. All credit to her.

However, the weight loss has left her with unsightly excess skin, and the NHS won’t give her the surgery to remove it.

Social media and the next generation

Social media seems to bring out the worst in some people, and they behave in ways they would never have dreamed of doing in the past.

They can also end up spending more time staring at their phones and less speaking to those around them.

So I welcome plans to teach children how to cope in the digital age as part of the school syllabus.

But it seems to me that what this comes down to is teaching children manners: that it’s rude to play on your iPad when someone is talking to you, or not to look up from your phone when you’re asked a question.

It’s simple, really: children need to know where the off switch is — and to use it more often.

While I’m very aware of how upsetting this excess skin can be, this was the right decision.

Gillian’s friends have now set up a fundraising page to pay for the £15,000 operation privately. That’s how it should be. Why should the taxpayer foot the bill?

In an ideal world, the NHS would give everyone what they want. But it has limited resources and when we’re rationing cataract operations, I’m afraid that cosmetic procedures such as excess skin removal have to be denied.

The problem is these procedures do still happen on the NHS because patients say they’ve developed depression.

I’ve seen this with a young woman who had a breast enlargement on the NHS because she said her small breasts made her suicidal.

Too often patients effectively blackmail the NHS by playing the mental health card. Woe betide a manager who denies them what they want, because they can then claim they’re being discriminated against.

It’s an impossible situation but it does raise fundamental questions about the role of the NHS: should it give us everything we need or want, or be there just for the essentials?

The problem is that we expect the former, but only want to pay for the latter.

Being a doctor is about more than money

Last weekend, I was speaking at Medicine Calling at Leicester University — an event to encourage youngsters thinking about medicine as a career to consider psychiatry.

There is an acute need for more psychiatrists. Figures from the Royal College of Psychiatrists show that because there are now so few, patients face a postcode lottery to see one.

The College is warning that the number of medical students specialising in psychiatry ‘has all but flatlined’ — despite Government plans to have 570 extra consultant psychiatrists by 2020/21. Whole teams are now without consultants. In what other area of medicine would it be acceptable for patients not to be seen by a specialist?

I think a large part of the problem is the notion, fuelled by the stigma attached to mental health patients, that working in this area is a poor career choice. Mental illness represents losing control, unpredictability and social deviance, so it’s assumed that you must be a bit ‘mad’ to work in this area.

The situation has also been made worse by the introduction of tuition fees, so a medical degree is now a commodity that students have paid for — an investment rather than a vocation. It’s become commonplace for students to make career choices on the basis of the potential for lucrative private work —and there isn’t a lot of this in mental health — rather than an area that interests them.

It’s a sad situation because mental health is an area where interventions really can save lives, and it can be one of the most rewarding and stimulating areas of medicine.

Every day is different, and I love going into work. We must all hope the next generation of doctors can be persuaded to give it a go.