DR MICHAEL MOSLEY: The secret to daily health is as easy as 123

Turns out that a geeky-sounding name made it memorable. So I thought it would be fun to share some of the numbers that I live my daily life by — and why!

This has been a relatively recent addition to my daily habits. I don’t love cold water, but I was encouraged to give it a go after talking to Mike Tipton, a professor of human and applied physiology at Portsmouth University, who is also expert in the benefits of cold water — and I have stuck with it.

I start with a warm shower, then go fully cold and try to stay there for a minute. It certainly wakes me up and I love the tingly feeling afterwards.

There is evidence that a cold shower every morning can boost your immune system and cut your risk of getting a cold, so with winter fast approaching this may be something you want to try.

I used to wear a fitness tracker and tried to hit 10,000 steps a day, but the strap broke and I lost the tracker, so now I aim for a couple of brisk walks a day instead, as that fits in with my life.

To get the biggest health benefits, a walk should be brisk, at least 100 paces a minute (120 paces is jogging speed).

I love coffee for the taste and the mood lift it gives me but I have to ration myself, otherwise my blood pressure shoots up and I sleep badly.

The optimal dose seems to be around three cups a day. In one study of 50,000 women carried out by the Harvard School of Public Health in the U.S., researchers found that those drinking two to three cups of coffee per day were 15 per cent less likely to develop clinical depression over a ten-year period than those drinking one or less.

This could be because coffee is packed with antioxidants and anti-inflammatory chemicals. Decaf had no impact. 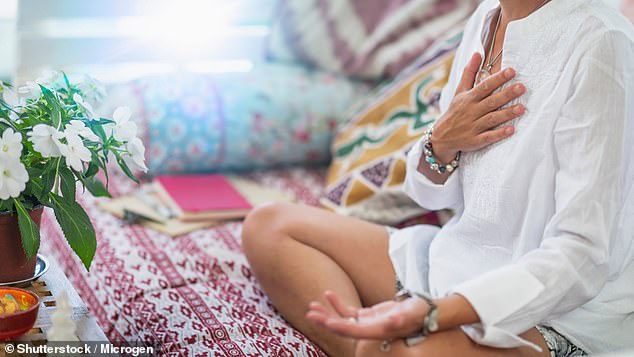 I try to spend ten minutes a day practising mindful meditation. I use an app called Headspace

The European Food Safety Authority says men should be drinking 2.5 litres of fluid a day, women 2 litres, but personally I don’t find that helpful guidance.

Instead I try to drink a large glass of water with every meal, and at least one other at some point during the day, as well as coffee and tea. There is evidence that drinking water with your meal means you eat less and we also know that even mild dehydration can lead to loss of cognitive ability.

We all know about five-a-day — the ideal seems to be three portions of veg and two portions of fruit, and try to make the fruit and veg varied in colours. I try to eat veg at every meal (I even add some to my morning omelette).

To be honest, this is more a measure of how much water you’re drinking than a target to aim for: six to seven wees a day is normal and many people over 60 also go twice during the night.

If you’re going less you’re probably not drinking enough. If, however, you are one of those who goes to the loo before you leave the house ‘just in case’ then you might want to cut back, as that can lead to an overactive bladder, with frequent, sudden urges to urinate that may be difficult to control.

This is one of my favourite ways to exercise, because you work so many muscles and it’s all over so fast. The programme was originally developed by an exercise physiologist from the Human Performance Institute in Orlando, in the U.S., who designed it to cram a good workout into just seven minutes.

You can find plenty of free seven-minute workout apps, which normally consist of 30 seconds of vigorous activity, then a ten-second break before the next exercise.

We now know that sleep is as important to health as diet and exercise, as it’s when lots of repair goes on, and our brains get a good spring cleaning.

We all have different sleep needs, but eight hours seems to be as good a target as any and from trial and error I know it’s what I need.You can tell if you’re lacking by how tired you feel during the day: if you go to bed in the afternoon and fall asleep within 15 minutes, you’re not getting enough.

Nine almonds or walnuts make up a small handful, and there’s a wealth of evidence that this amount every day is good for the heart and the brain. Despite the fact that nuts are high in fat, their high fibre content means a small handful a day can also help you lose weight.

I try to spend ten minutes a day practising mindful meditation. I use an app called Headspace (it’s free if you’re doing only ten minutes), and I find that ten minutes, in the morning, spent sitting in a quiet space trying to focus on my breath, is enough to help my sleep and calm me down.

Why I’ve turned the colour off on my phone 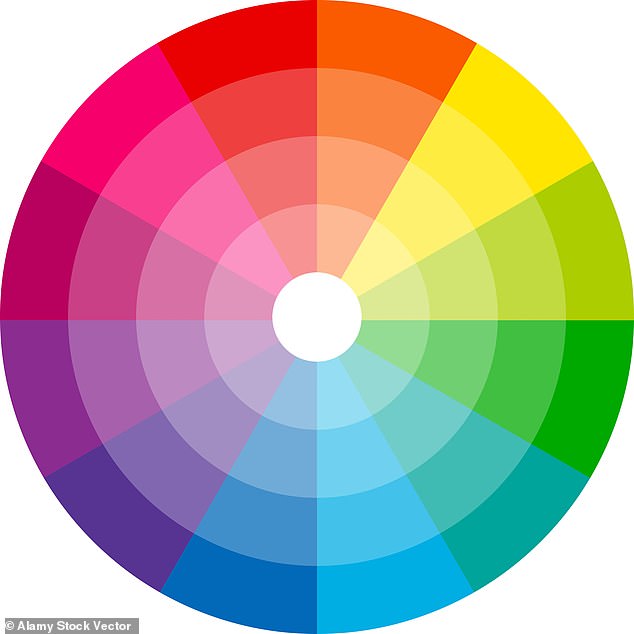 If you make your phone display dull (ironically, you can search how to do this by Googling it on your phone), this short-circuits that natural tendency, releasing you from your phone’s magnetic pull

Like a lot of people, I spend way too much time on my phone. I like to pretend I’m doing serious things — reading academic articles — but the truth is a lot of time is spent flitting between apps.

So I was intrigued when I came across a novel way to reduce dependency: by changing the colour settings on your mobile to black and white.

The suggestion is bright, vibrant colours appeal to our monkey brains, signalling, in the case of something red or orange, a tasty morsel, perhaps a bright coloured fruit, is hiding, just over there, so why not hit the button and all will be revealed?

If you make your phone display dull (ironically, you can search how to do this by Googling it on your phone), this short-circuits that natural tendency, releasing you from your phone’s magnetic pull.

I tried it for a while and it certainly made my phone far more boring. But I’m not convinced I’ll stick to it long term.

Would you use lipstick with added folic acid?

What do you feel about stuff being added to your food and drink without your consent? I’m all in favour — or at least when it comes to fortifying foods.

So I was happy to see moves are finally afoot to add fluoride to our drinking water. Despite hysteria about fluoride and cancer, studies show it is safe and should cut tooth decay by up to 28 per cent. 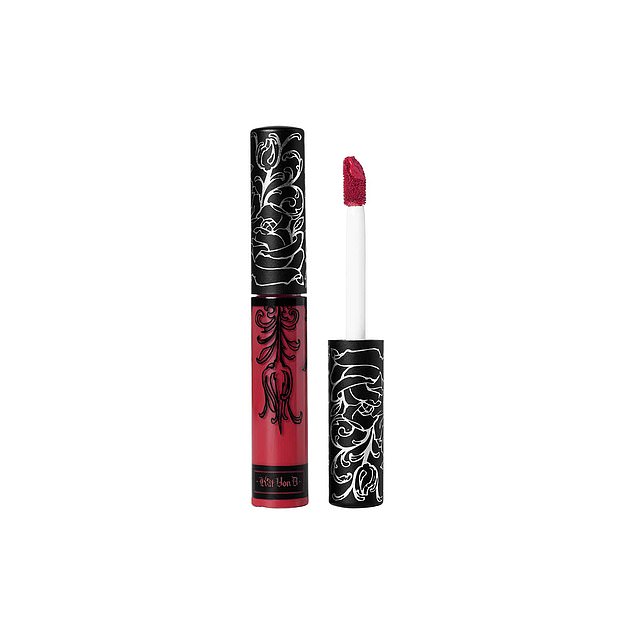 The other big announcement was that folic acid is going to be added to flour. Folic acid is naturally found in leafy green veg but around a fifth of British women aren’t getting enough in their diets and that matters because if you become pregnant, it increases the chances your baby will have a neural tube defect such as spina bifida.

The campaign to get folic acid added to flour has been a long one. In fact, I first made a film supporting this campaign nearly 25 years ago — the experts I spoke to were so desperate to help young women improve their folic acid levels one even suggested adding it to lipstick.

Many countries have been fortifying their flour with folic acid for decades; when it was added to flour in Australia, neural tube defects fell by 14 per cent, and by 74 per cent among Indigenous women.

We need iodine to make thyroxine, a hormone that helps control metabolic rate — low levels of iodine lead to weight gain, as well as mood swings.

It’s time we started campaigning to have iodine added to our salt — and let’s hope that, unlike the campaign for folic acid, it doesn’t take 25 years to have an impact.