Over the next few weeks most of us are going to be consuming lots of chocolate, wine and cheese, which have kindly been made for us by bacteria and fungi. These tiny microbes do the hard work of converting raw ingredients into the foods we enjoy so much.

As well as providing us with delicious foods, microbes — specifically the vast army of those that live in our guts — are also busy churning out chemicals known as postbiotics that improve our health in all sorts of ways.

Regular readers will know all about probiotics, the living microbes found in foods such as yoghurt, sauerkraut, kimchi and some cheeses: these contain ‘good’ bacteria which boost our colony of gut microbes (the microbiome).

You probably also recognise the term prebiotics — foods such as legumes, whole grains, and some vegetables, that are rich in fibre and feed our good gut bacteria.

But postbiotics may be new to you.

To give them something to chew on, make sure the meal contains plenty of fibre: lots of vegetables (more Brussels sprouts, anyone?)

These are the chemicals the good microbes produce and they are a really hot area of research. They’re thought to be key to why our gut microbes are linked to a range of benefits, such as a better functioning immune system, a reduced risk of allergies and lower levels of depression and anxiety.

One of the postbiotics proving particularly interesting is butyrate. A type of short-chain fatty acid, it helps maintain the gut lining, the barrier that stops bacteria and other toxins escaping into your blood. If this lining starts to break down, a condition known as leaky gut syndrome can develop, which can lead to all sorts of distressing problems including irritable bowel syndrome. And if fragments of partially digested food leak from the gut, it can trigger allergic reactions.

Butyrate also helps regulate your immune system and reduce chronic inflammation (linked to a host of conditions, including heart disease, dementia and cancer). And one of the best ways to boost your butyrate levels is by eating foods rich in inulin, a prebiotic found in onions, leeks, garlic, bananas and Jerusalem artichokes.

A recent study from King’s College London found that eating a handful of almonds can also significantly boost butyrate levels, even in people with an otherwise unhealthy diet.

But what about just taking butyrate supplements? There is evidence this can be effective. In a trial carried out at the Poznan University of Medical Sciences in Poland in 2012, 66 adults with IBS were given butyrate supplements or a placebo. After four weeks, those getting the butyrate reported much less pain and bloating.

In another study, from the University of Pavia in Italy, nine out of 13 IBS patients given butyrate reported improved symptoms.

One problem with supplements is that they often taste terrible (because of butyrate’s chemical structure). More importantly, much of the butyrate is broken down long before it can reach the lower gut, reducing its benefits. However, a team from the University of Chicago has developed a way of packaging it so it not only tastes better, but more of it gets to where it’s needed.

They reported that when mice bred to be allergic to peanuts were given the new supplement, it boosted gut levels of butyrate as well as preventing a life-threatening reaction when given peanuts.

Unfortunately, not all postbiotics are good for us, or not in the large quantities sometimes produced.

Another short chain fatty acid called propionate also helps support your gut lining. But a 2021 review from the University of South Florida concluded that high levels of it are neurotoxic and ‘may play a role in Alzheimer’s disease’.

They warned that as we get older our guts harbour more of the bacteria that are the main producers of propionate.

As well as helping identify new compounds produced by gut bacteria, studying postbiotics has helped explain why some people get benefit from eating certain foods, while others don’t. We know, for example, that eating soy-based foods can ease menopause symptoms. But it doesn’t help everyone, as many women lack the gut microbes that turn soy into a chemical called equol.

In a study published in the journal Menopause in 2015, researchers from the University of Washington tested the urine of 357 women with severe menopausal symptoms, who ate soy foods regularly, for the presence of equol.

Those who ate plenty of soy, and whose microbes were churning out lots of equol, suffered far less from hot flushes and night sweats. But just a third of the women had the right microbes to produce equol.

Will supplements help? In a recent study from Japan, 81 per cent of women taking a supplement containing equol experienced significant improvements.

So this year, as you wolf down your Christmas fare, spare a thought for those hard-working microbes, which not only helped produce some of that food but will be busy turning what you eat into chemicals to keep you healthy.

To give them something to chew on, make sure the meal contains plenty of fibre: lots of vegetables (more Brussels sprouts, anyone?), nuts, devils on horseback (prunes!), hearty soups, some dark chocolate (cocoa is 30 per cent fibre) and, perhaps, some probiotic-rich aged cheese.

I will soon be sitting down to write a stack of Christmas cards, and many will include something along the lines of, ‘sorry not to have seen you this year, but let’s meet up in 2023’.

Sadly I’m bad at maintaining my male friendships. My only consolation is that I’m not alone: in a YouGov survey in 2019, almost one in five men said they had no close friends (compared with just one in ten women).

Studies suggest one reason men are so bad at keeping up with pals is that they seriously underestimate how much they’d like to hear from them and overestimate the embarrassment of reaching out. If you’re someone like me, a bit introverted, there are a couple of things you can try. 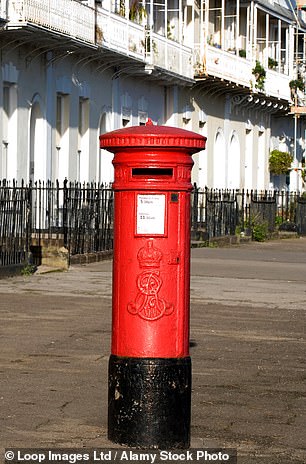 I will soon be sitting down to write a stack of Christmas cards, and many will include something along the lines of, ‘sorry not to have seen you this year, but let’s meet up in 2023’

One is to join a club or group of like-minded people — I’ve been a member of an all-male book club for more than 15 years, and I really appreciate this chance for a bit of male bonding.

You could also send a text, email or note to an old friend. Don’t feel shy: research shows that most people love being contacted. In a recent study from the University of Pittsburgh in the U.S., people were asked to send a short note to someone in their social circle they hadn’t seen recently, while the recipients were asked how much they’d appreciated the gesture. It turns out that the note senders massively underestimated how much it was appreciated, especially by those who’d been out of contact for the longest.

I recently made contact with an old friend I hadn’t seen for over a year, to invite him to join us for a carol service at New College, Oxford, where we were both students. Sadly, he couldn’t make it, but it was lovely to catch up and I’m optimistic that we really will meet up in 2023.

How to stop time flying by

If time seems to be speeding up as you get older, Adrian Bejan, a professor of mechanical engineering at Duke University in the U.S., has an explanation. He says that as we age electrical signals take longer to travel around our brains — reducing the rate at which we process new mental images. Days seemed longer when we were younger, as our youthful minds could take in more images. But you can stretch time with novel experiences. So if life is going by too fast, try learning new things.

Slept less than normal this week? Blame the December 8 full moon, known as a Cold Moon (for obvious reasons). A 2013 study from Basel University in Switzerland found that during a full moon, we sleep for 20 minutes less (with lower levels of the sleep hormone melatonin).

The next full moon, on January 17, is known as the Wolf Moon, after the howling of hungry wolves desperate for some grub.