‘Dr Opiate’ GP ‘should be prosecuted over deaths of patients’

‘Dr Opiate’ GP ‘should be prosecuted for the early deaths of hundreds of patients’, says police chief who led probe into Gosport hospital scandal

The doctor at the centre of the Hampshire hospital scandal should be prosecuted after she was linked to hundreds of deaths, a retired police officer has said.

Dr Jane Barton has faced calls for criminal charges after an inquiry blamed her for prescribing opioid painkillers which shortened the lives of 450 people.

Ex-Assistant Chief Constable Steve Watts, who investigated some of the deaths at Gosport War Memorial Hospital, said there was enough evidence to bring a prosecution.

Mr Watts led an inquiry into Gosport deaths in 2002, which did not lead to any charges, but a new police probe could launch a prosecution.

Speaking to the BBC’s Panorama programme he said there was an ‘overriding public interest’ in taking the case to court.

He said: ‘I recall talking to the prosecutors and saying that this will end up in a public inquiry and eventually I think the matter will go before a court.

Dr Barton’s prescriptions earned her the nickname ‘Dr Opiate’ but she has denied any wrongdoing. She reportedly declined to comment on the latest claims.

In the programme on Monday night nurses will say they ‘got to the stage that every time Dr Barton came to the annexe, I would think to myself who’s going to die now?’.

Patients appeared to be receiving opioids even when they were not in pain, nurses recalled.

Mr Watts led an inquiry into the deaths in 2002 but no charges were brought at the time.

The later Gosport Independent Panel investigation, led by the Bishop of Liverpool, said there was a ‘disregard for human life and a culture of shortening lives of a large number of patients’ at the hospital.

A new police probe is being led by Nick Downing but it has not yet been announced whether any charges will be brought.

The panel found that, over a 12-year period as clinical assistant, Dr Barton was ‘responsible for the practice of prescribing which prevailed on the wards’. 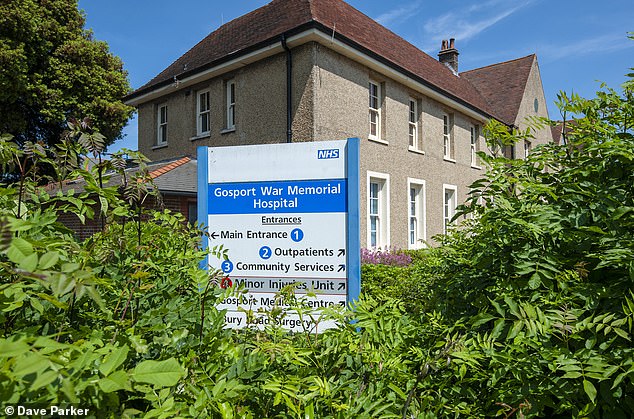 ‘The lives of over 450 people were shortened as a direct result of the pattern of prescribing and administering opioids that had become the norm at the hospital,’ the report said.

In 2010, the GMC ruled that Dr Barton, who has since retired, was guilty of multiple instances of professional misconduct relating to 12 patients who died at the hospital.

The inquiry, led by the former bishop of Liverpool, the Rt Rev James Jones, did not ascribe criminal or civil liability for the deaths.

In a statement last year Dr Barton’s family said: ‘Jane would like to thank her family, friends, colleagues, former patients and many others for their continued support and loyalty through this protracted inquiry.

‘She has always maintained that she was a hard working doctor doing her best for her patients in a very inadequately resourced part of the health service.

‘We ask that our privacy is respected at this difficult time, she will be making no comment.’