A doctor has shared her simple family-favourite recipe for a zucchini stuffed tuna ‘boats’ that’s perfect for a weekday dinner.

She said her ‘rainbow’ tuna boats are filled with ‘deliciousness’ and can be stuffed with any other vegetables of your choice like grated carrots or more zucchini.

2 cans of tuna in oil

Handful of peas and corn

2. Slice zucchinis in half, lengthways and scoop out the seeds to create the ‘boats’.

3. Drizzle olive oil over the zucchini boats and bake them for 30 minutes, or until soften.

4. In a bowl, toss tuna with onion, peas, corn, tomato, mayonnaise and pepper together until well combined.

5. Once Zucchini boats soften, top them with the tuna mixture, and grated cheese.

6. Bake the boats for a further 25 minutes until they’re golden, and cheese has melted. Serve immediately.

To make the dish, she used a large zucchini that’s ‘big enough’ to stuff, and sliced it in half, lengthways before scooping out the seeds to create the ‘boats’.

Dr Alexander then drizzled olive oil over the zucchini boats and baked them in the oven at 180 degrees Celsius for 30 minutes, or until soften.

‘No one wants soft tuna, concrete zucchini, am I right? If you have small zucchinis, bake for less time, until soft. Big zucchini means more time,’ she said.

In the meantime, she tossed the tuna with finally chopped onion, peas, corn, diced tomato, mayonnaise and pepper in a bowl and mixed together until well combined.

‘The mayonnaise is the binder,’ she said.

Once the Zucchini boats have soften, she topped them with the tuna mixture, followed by grated cheese. 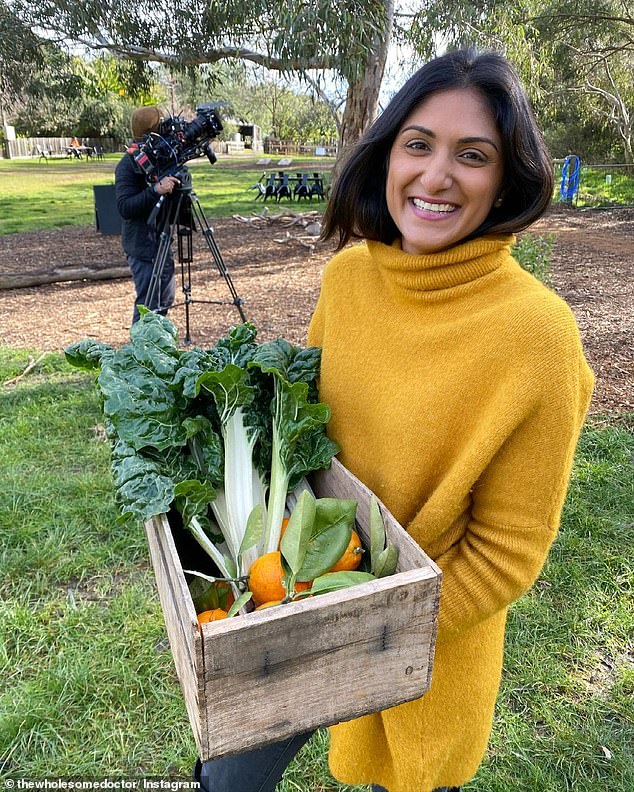 The benefits of zucchini

Dr Alexander baked the boats for a further 25 minutes at 180 degrees so it’s ‘golden and glorious’.

‘Perfect for kids and bloody exhausted adults. Over to you – don’t stuff it up – it’s a pun FYI,’ she added, along with a laughing emoji.

Many who saw Dr Alexander’s recipe said they loved the idea of a tuna boat, loaded with plenty of vegetables, while others revealed how they made a similar version.

‘I do almost exactly this recipe, but instead of a zucchini, I put it in a sweet potato… delicious,’ one woman wrote.

‘Cut a capsicum in half and deseed, stuff, few spoonful of canned diced tomatoes, topped with cheese. Into a tray with a little water and sprinkle of stock powder. Cover and bake till capsicums are soft. Add more liquid if required.

‘It’s a bit 70’s, but it’s pretty tasty, uses up the bits and pieces and looks like you’ve created a brand new meal.’