Long before she complained that a monthly spending allowance of $24,000 was the equivalent of financial abuse, Emma Steel boasted about enjoying cleaning up horse manure.

The then-19-year-old had been a hostess on the once-popular quiz show, Sale of the Century, and modelled for some famous fashion brands – but said she was most comfortable getting her hands dirty.

‘I’m at the stables every morning, mucking out, strapping – the whole bit,’ she said in a newspaper interview in 1998.

At the time she was dating Damien Williams – the brother of champion jockey Craig – and was an on-course presenter at Melbourne’s Moonee Valley racecourse.

Fast forward 20 years, and a Sydney court last week rejected Mrs Steel’s accusations of domestic and financial abuse at the hands of her husband Dr Timothy Steel, with magistrate Vivien Swain finding inconsistencies in her evidence.

Long before she complained a monthly spending allowance of $24,000 was the equivalent of financial abuse, Emma Steel (pictured) worked as a hostess on Sale of the Century but boasted about being happy to clean up horse manure and how she felt at home at the races 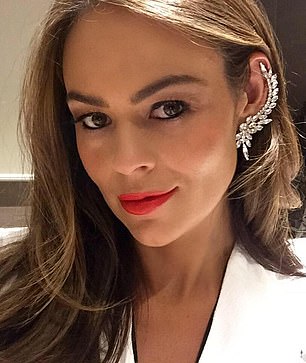 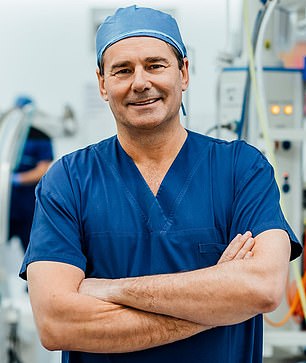 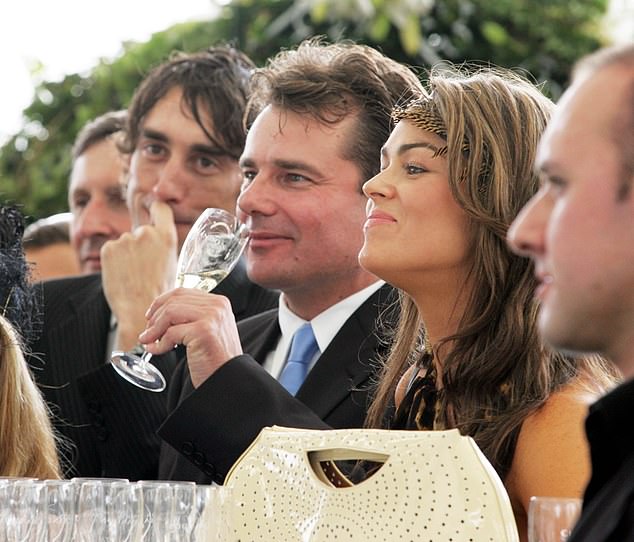 Mrs Steel was once a rising star of the modelling industry who worked as a Sale of the Century hostess, before marrying millionaire brain surgeon Dr Steel

Years before she began her relationship with Dr Steel, Emma-Kate Sullivan was a rising modelling star.

At just 15 she was a finalist in a national model hunt competing to represent Australia overseas and receive more than $1 million in modelling contracts.

That year she would also land a hostess role on Sale of the Century.

While she was making occasional appearances on the news, it was after she began a relationship with jockey Shane Dye that she really made headlines.

At the time of their relationship, Dye was one of the most famous jockeys in Australia, and had just left his wife of 17 years, Karla.

He was also 13 years her senior.

The couple had a son, Jack, who last week told Downing Centre Local Court she had regularly complained Dr Steel did not give her enough funds, despite being paid an allowance for personal and household expenses of up to $24,000 a month.

‘She was abusive with Tim and demanding more money and basically saying she didn’t have enough money to feed the kids,’ he said. 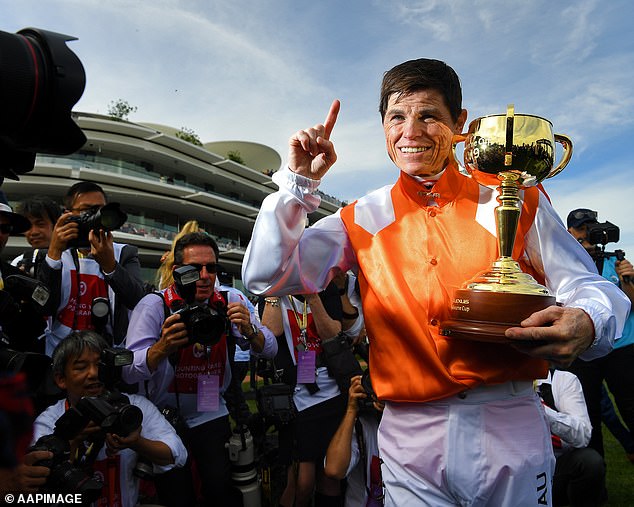 At the time, a teenage Mrs Steel – then Emma-Kate Sullivan – was dating the brother of leading jockey Craig Williams (pictured after winning last year’s Melbourne Cup on Vow and Declare) 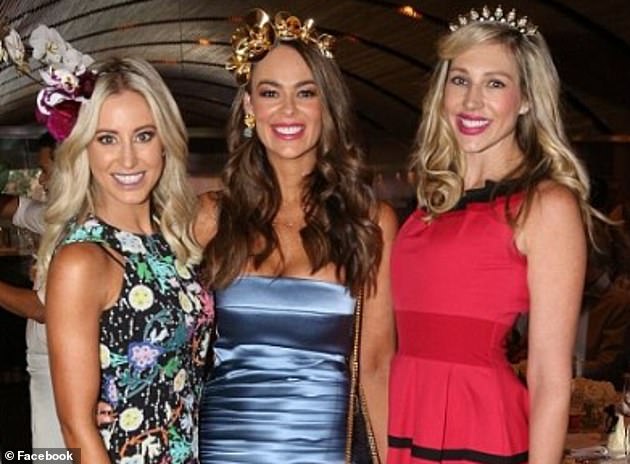 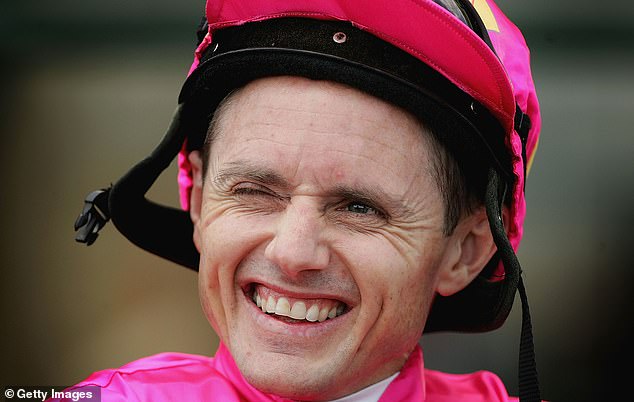 Following her relationship with Damien Williams, Mrs Steel married Shane Dye and the couple had a son Jack (pictured) 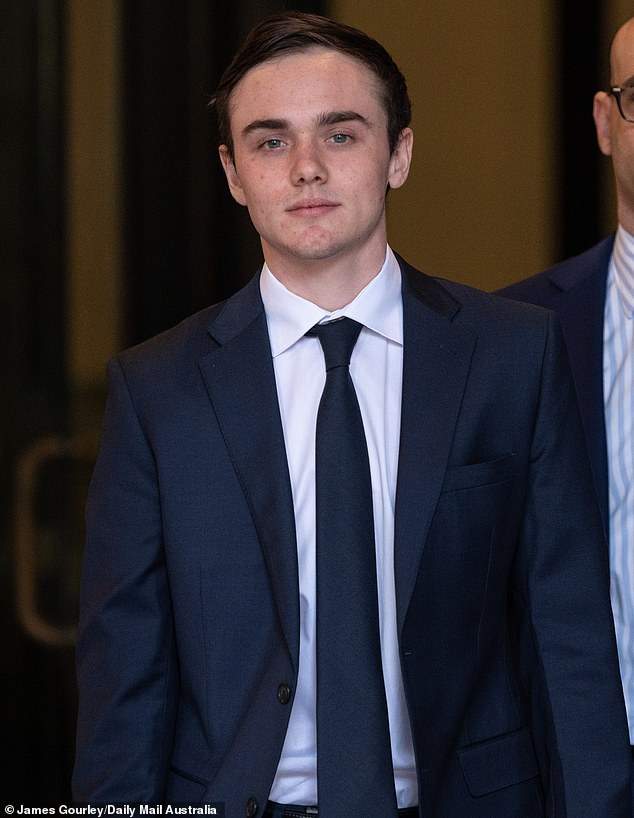 The week before the alleged assault Dr Steel had taken Jack to Dubai to attend the races as a reward for his hard work leading up to sitting the HSC.

Dr Steel had also paid for Jack’s best friend to accompany them as the boy’s father had committed suicide and his mother was working three jobs to support him.

Jack said when his mother found out about the arrangement she was livid.

The 19-year-old said two days before their departure Mrs Steel had called his friend’s mother and accused her of ‘stealing from our family’.

Mrs Steel had even confronted his friend in their home and abused him, Jack said.

‘My mum called [his friend] a leech and said him and his family were never welcome here,’ he said.

‘She was yelling at the top of her lungs and forced him out of the house.’

Mrs Steel had accused Dr Steel of having sex with Angie Turner at a Christmas party the night before the couple had a domestic dispute in their Bellevue Hill mansion.

Dr Steel categorically denied ever having an affair with the secretary – or anyone else – during his 11-year marriage to Mrs Steel. 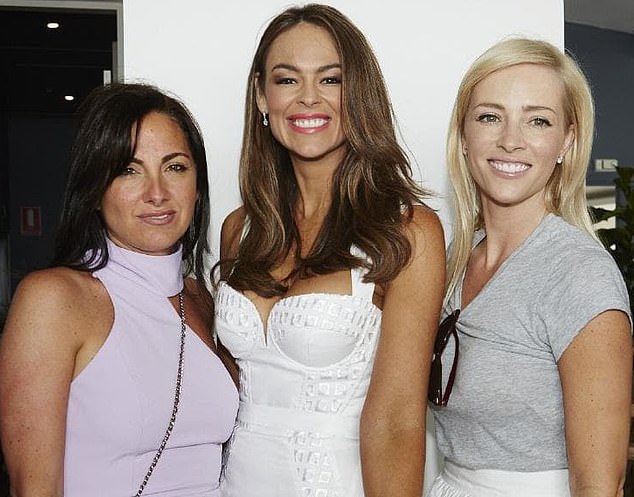 Mrs Steel (centre) had accused Dr Steel of having sex with his receptionist Angie Turner, a claim the brain surgeon strongly denied 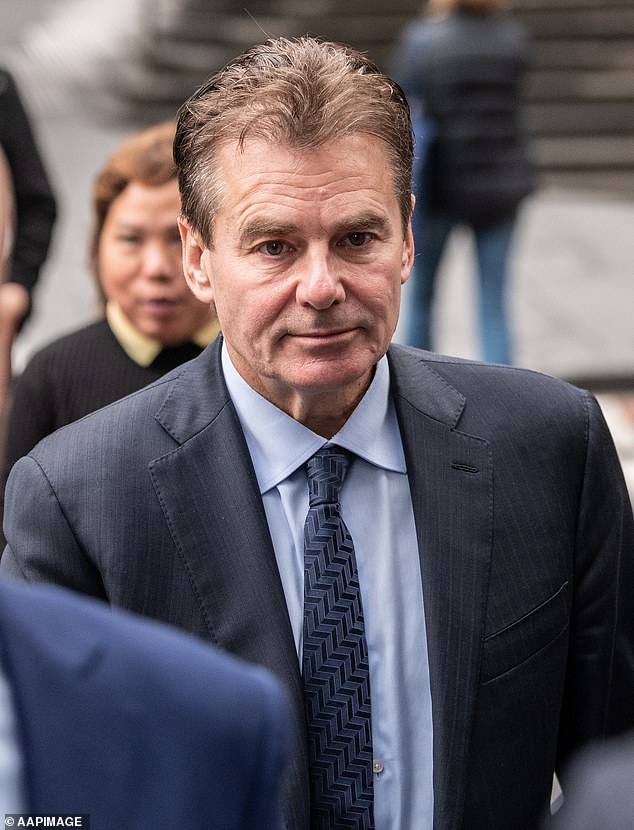 The week before the alleged assault Dr Steel had taken Jack to Dubai to attend the races as a reward for his hard work leading up to sitting the HSC. He had also paid for one of Jack’s best friends to attend after a difficult few years personally, much to the annoyance of Mrs Steel

Last Thursday, Mrs Steel’s evidence about domestic and financial abuse was rejected by magistrate Vivien Swain, who found inconsistencies in her evidence.

Dr Steel had faced charges of assault occasioning actual bodily harm, common assault and damaging property, all of which were dismissed.

The 56-year-old surgeon told Downing Centre Local Court that on December 13 he had organised a Christmas party at Woolloomooloo’s Ovolo hotel for 50 to 60 guests.

Among those invited were friends, colleagues, nurses, radiographers, theatre staff and employees including Ms Turner and practice manager Stephanie Jobson.

Dr Steel said that morning his 41-year-old wife had been in a bad mood and while in the shower she had thrown a wet fake tanning mitt across the bathroom at him.

‘I hate you,’ Mrs Steel allegedly said. ‘Why don’t you just leave. Get out.’

Dr Steel said he performed surgery that day and then attended the Ovolo hotel where he had paid for drinks and canapes to be served from 6 to 9pm. 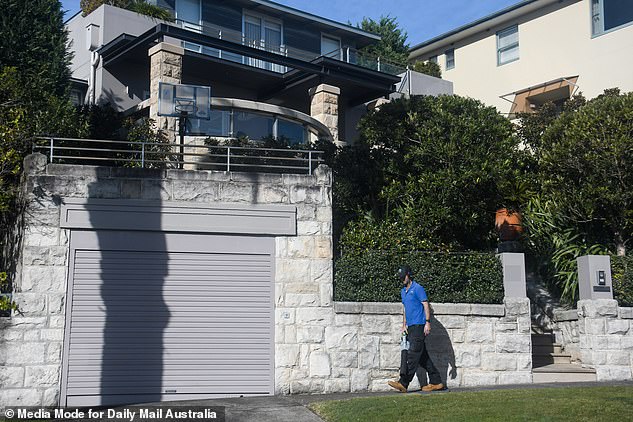 Dr Steel was accused of punching, slapping and kicking his wife inside the couple’s sprawling home (pictured) at Bellevue in Sydney’s eastern suburbs last December 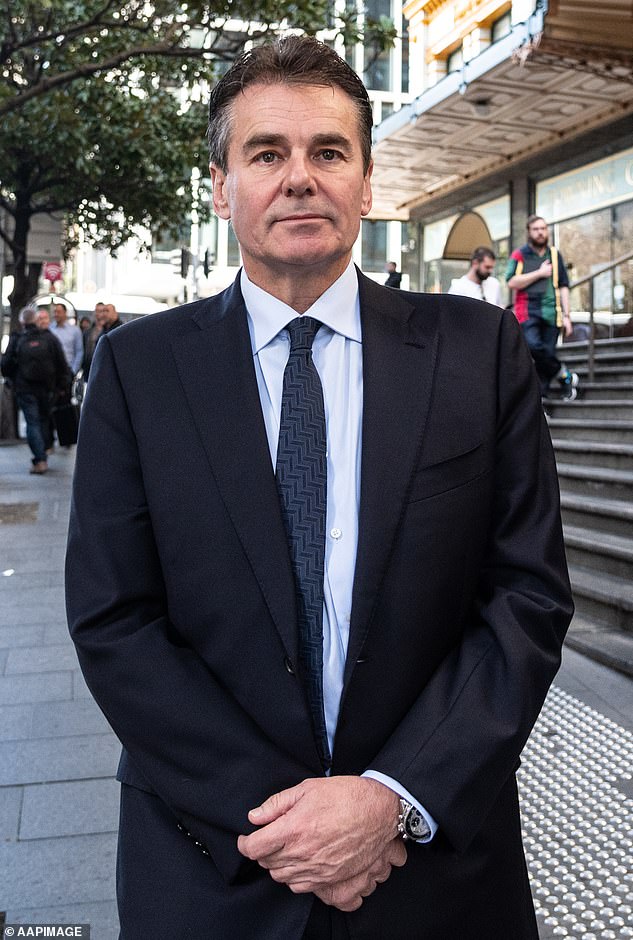 Dr Steel leaves the Downing Centre Local Court on Thursday after all charges were dismissed against him. An AVO taken out against him by police was also shot down by the same court

Mrs Steel arrived at the gathering with the couple’s children, sat in an area separate from the main party and stayed about an hour and a half.

‘She was aggressive, angry and hostile to me,’ Dr Steel told the court. ‘She would not speak to me and she told me to stay away.

‘She did not come anywhere near me. She was rude to my staff.’

Dr Steel said he left the party, which had run much later than planned, shortly after his wife tried to call Ms Turner about 4.20am.

He had been sound asleep, face down in bed, when his wife woke him up by scratching his back and head about 8.45am.

‘I was awoken by severe pain in my back and behind my ears,’ Dr Steel told the court. ‘I was hit about three or four times.’

Dr Steel said his wife screamed at him with accusations he had been having an affair with Ms Turner.

He said she told him: ‘You’re a f***ing disgrace. It’s disgusting. You’ve been with Angie. 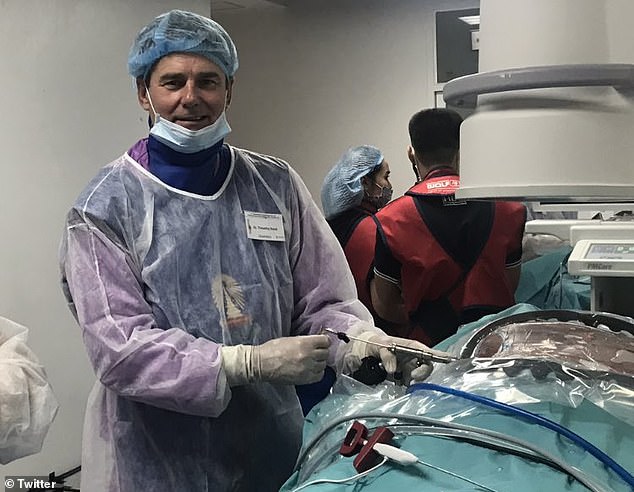 Dr Steel, a senior neurosurgeon at St Vincent’s Hospital in Darlinghurst, has been unable to practise due to the charges against him

Within hours of Dr Steel being cleared of punching, slapping and kicking his wife at the couple’s home, Mrs Steel allegedly called Ms Turner and accused her of having an affair with her husband.

A source said Mrs Steel told Ms Turner words to the effect of, ‘I know you f***ed my husband. Watch your back.’

Daily Mail Australia put the words alleged to have been said in the phone call to Mrs Steel’s solicitor but has not received a response.