Europe’s largest drag convention came to London this weekend, with world famous stars parading down catwalks before discussing the power of makeup, mental health and drag beyond gender.

Jinkx Monsoon, Trixie Mattel and Blair St Clair were some of the big names in attendance at the Olympia Convention Hall in West Kensington over the weekend.

The all-star American cast were joined by budding Brits such as Crystal Lubrikunt, Oedipussi Rex and Donna Trump as they flaunted their elegant outfits and eye-catching make up.

Drag queens praised the event after the success of its first year in 2018. This year’s ran from Saturday to Sunday.

American actress Jinkx Monsoon said: ‘I’ve gotta say, DragWorld was a wonderful success. I could cry, I feel so blessed.’

BibleGirl said: ‘DragWorld is such an inclusive and incredible experience! The event itself facilitated a happy, fun and safe atmosphere for everybody, nothing but good vibes!’

And performer and musician Tatianna added after last year’s sucess: ‘LONDON! You were absolutely amazing! DragWorld thank you so much for giving me the opportunity to meet so many amazing fans and supporters!’ 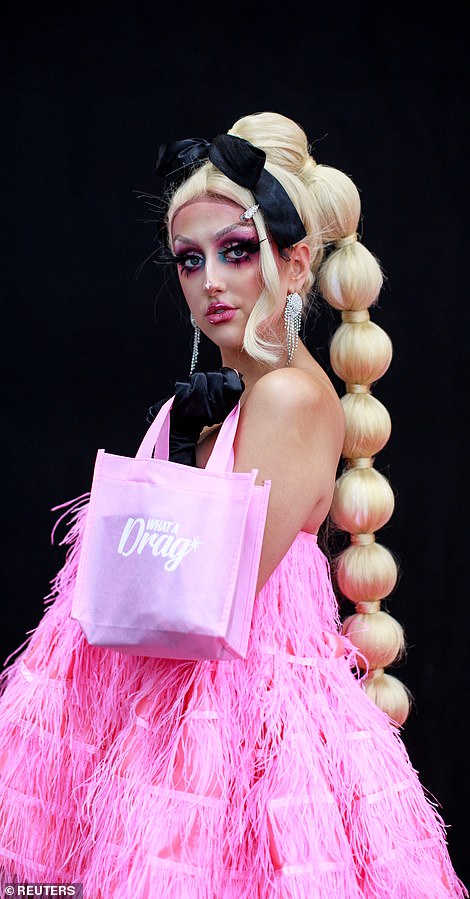 Wigging out: Dramatic hair and make-up are hallmarks of drag – and there was lots to look at at the convention in London’s Olympia today 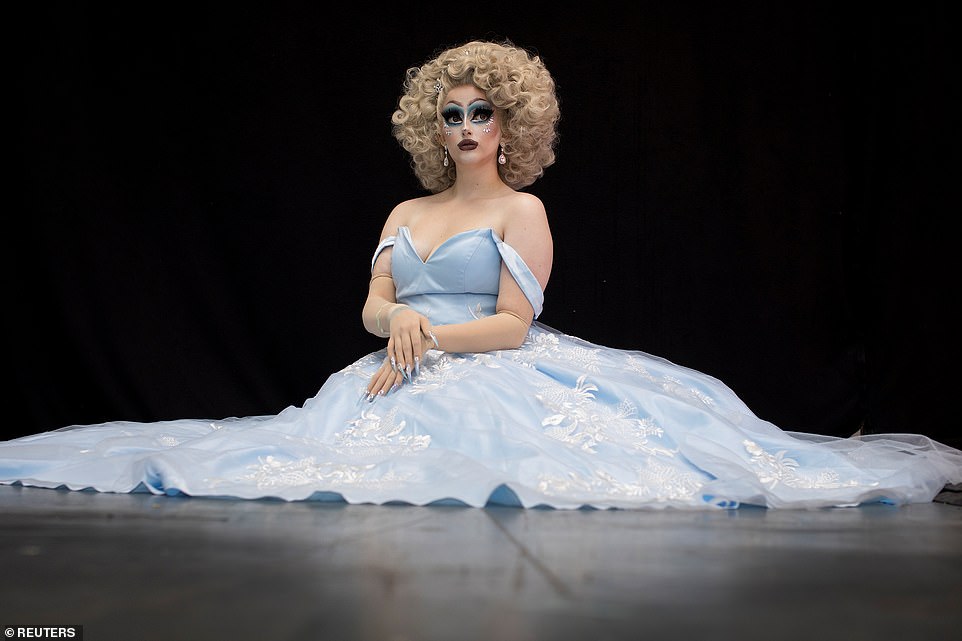 Make-up, wigs, and fierce attitudes were in high gear at the convention as queens debuted their most elaborate looks 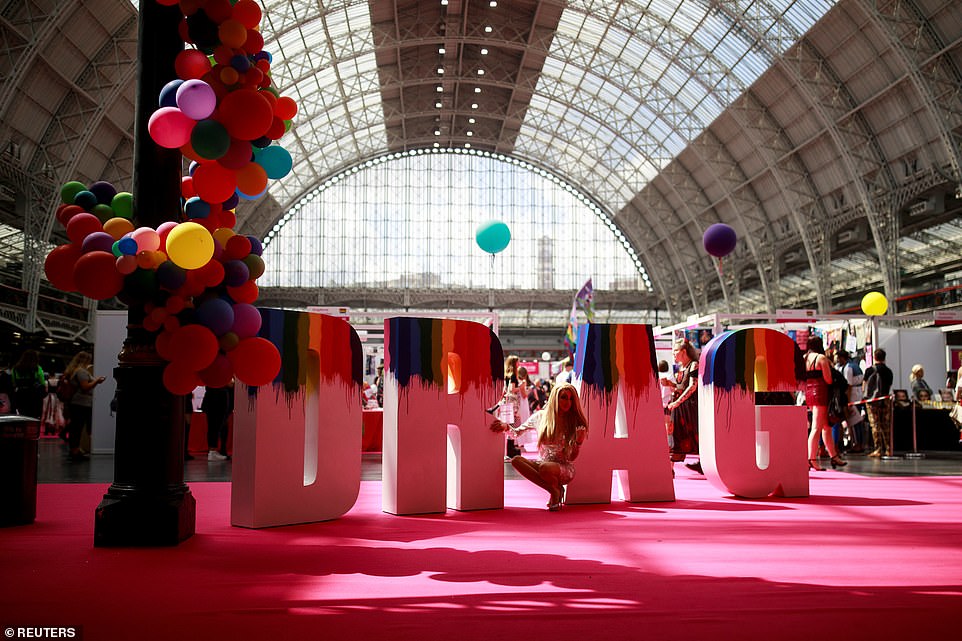 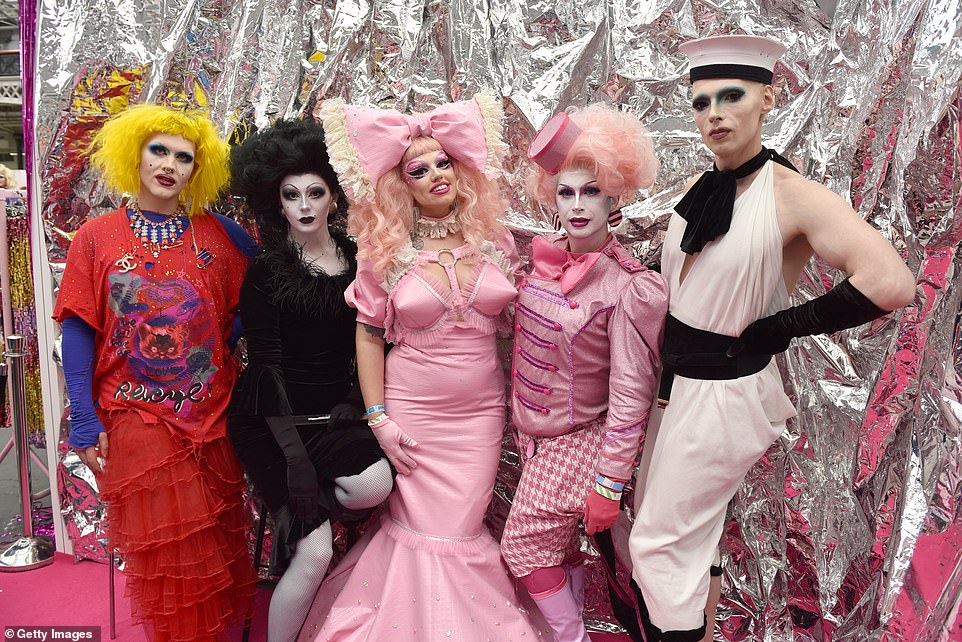 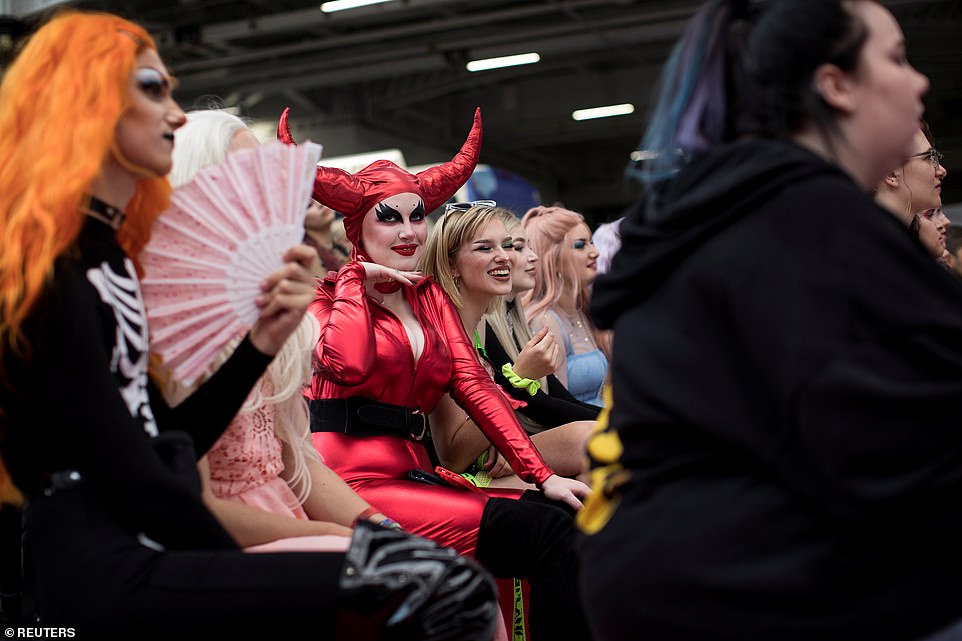 Contestants sit alongside fans during the catwalk shows on Sunday. Jinkx Monsoon, Trixie Mattel and Blair St Clair were some of the big hitters in attendance at the Olympia Convention Hall in West Kensington over the weekend 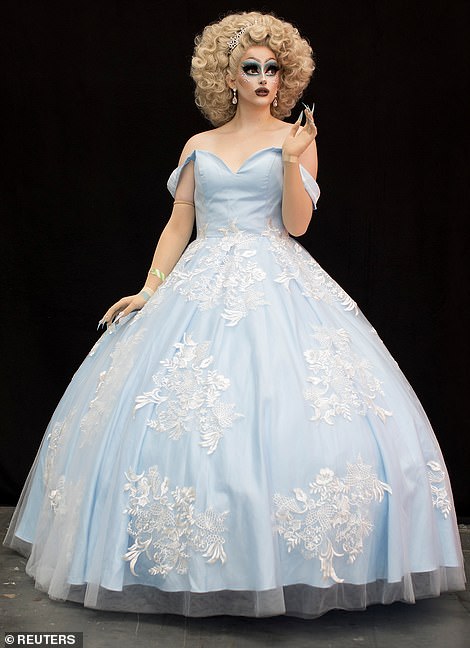 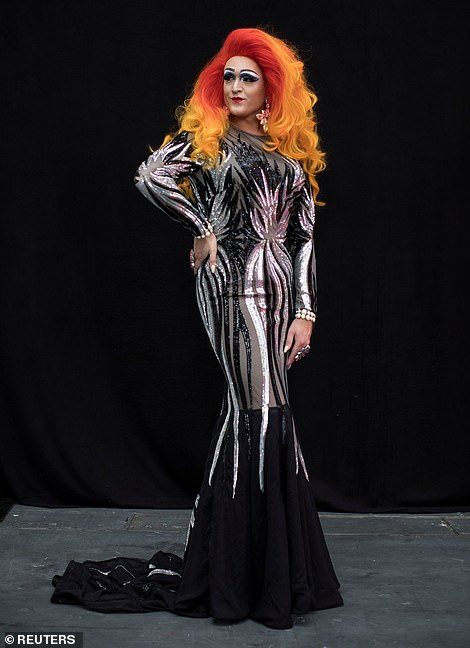 Fashion forward! Acts line up for professional photos on the last day of the convention. The all-star American cast were joined by budding Brits such as Crystal Lubrikunt, Oedipussi Rex and Donna Trump as they flaunted their elegant dresses and eye-catching make up 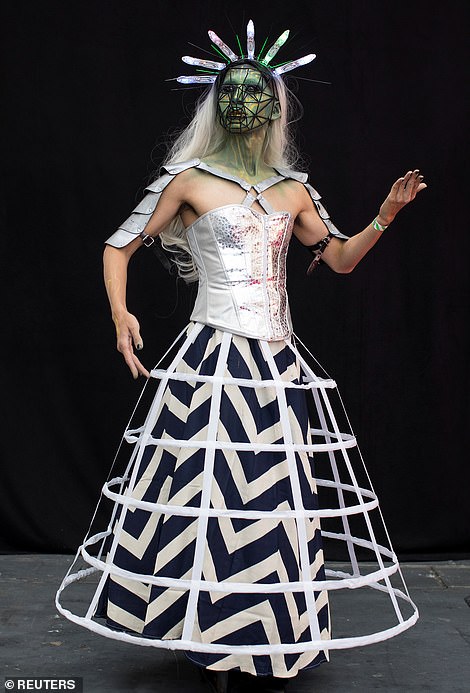 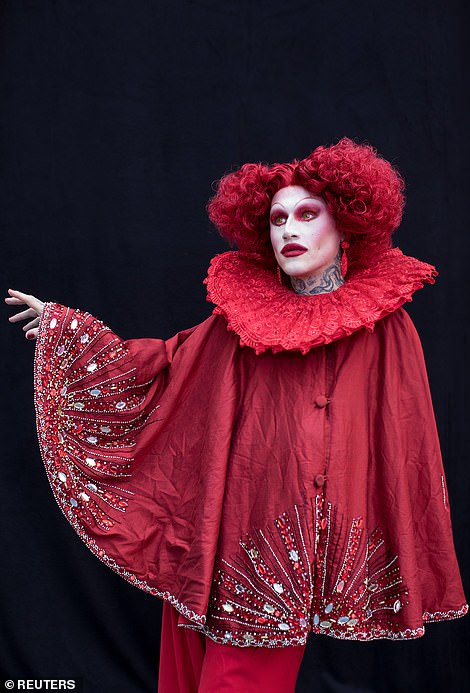 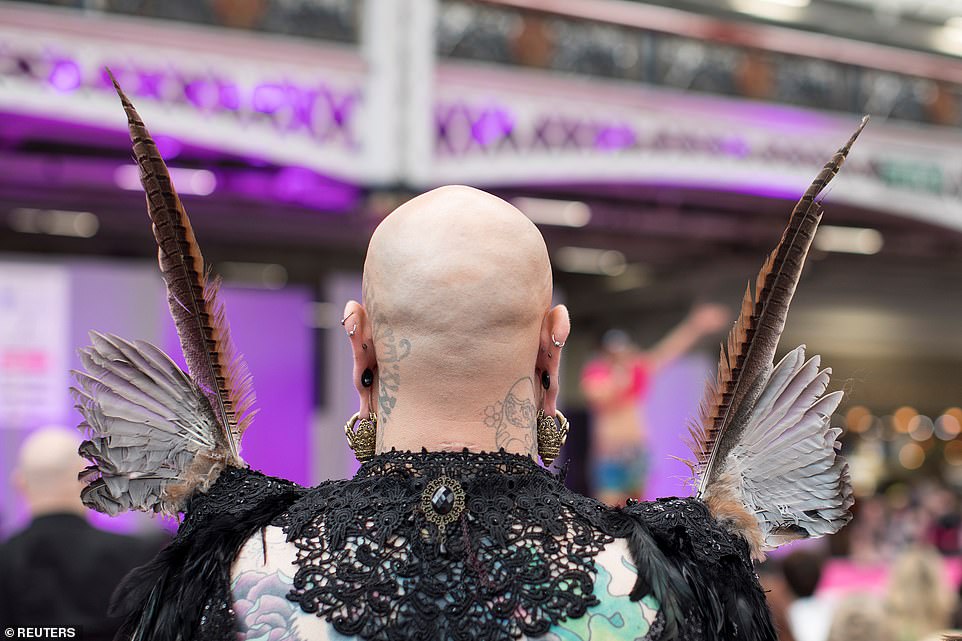 Feathers are seen on the costume of an attendee during the UK’s second ever drag world. Drag queens praised the event after the success of its first year in 2018, with it entering its final day on Sunday 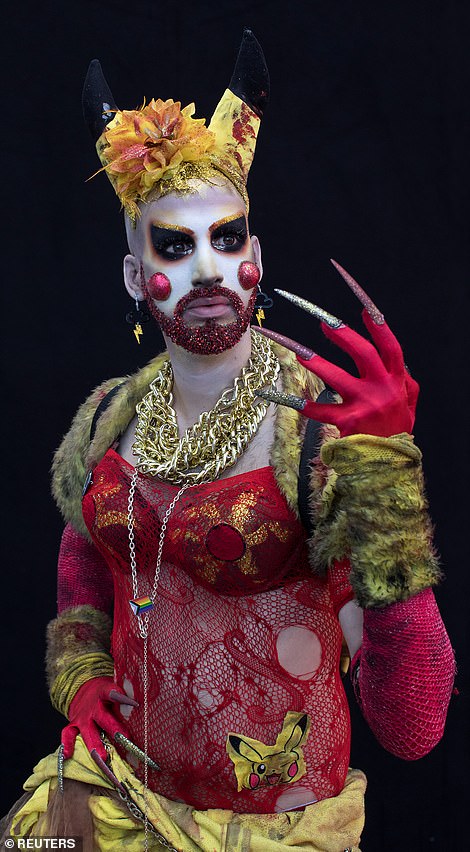 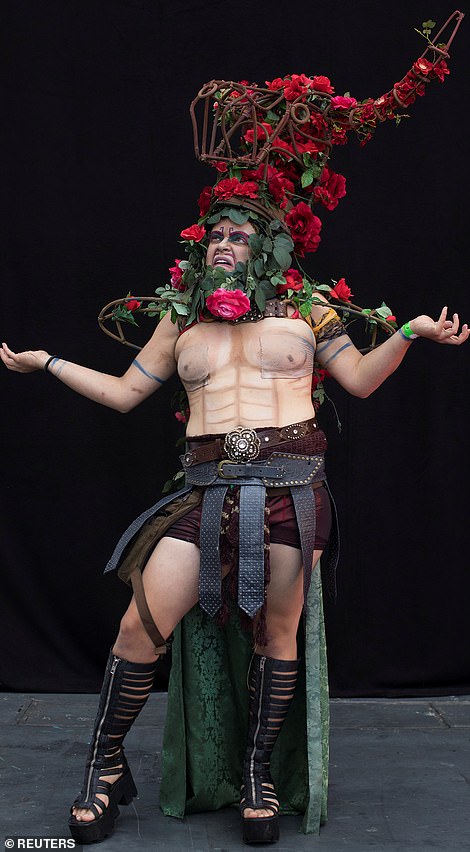 Weird but wonderful: Paul Aleksandr showcases a huge set of nails, a ripped fishnet top featuring a small Pikachu, as well as a glittery beard (left). Oedipussi Rex (right) takes on a gladiator-style look, but mixes it up with a rose bush-style headset 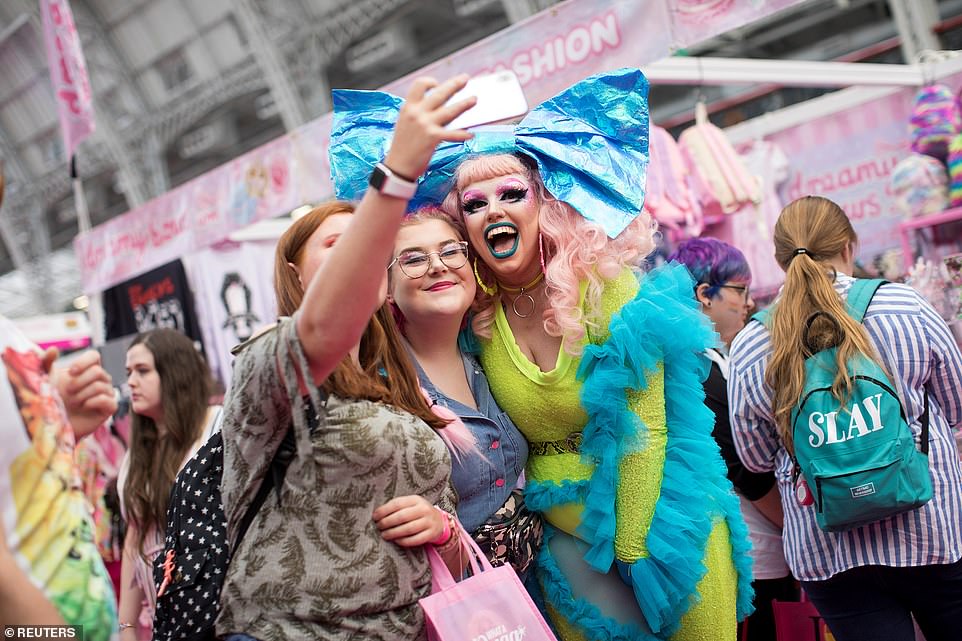 All smiles: Two female fans pose with a drag act wearing an oversized bow tie on her head outside stalls at the convention on Sunday 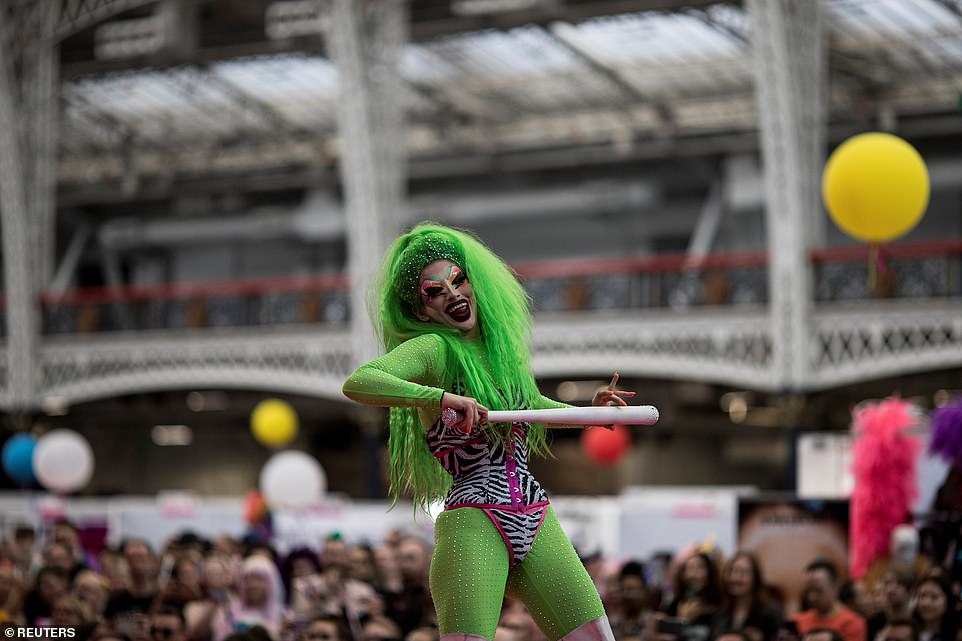 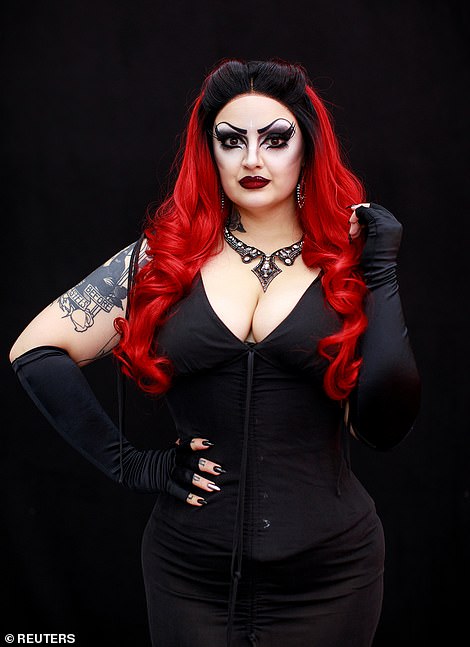 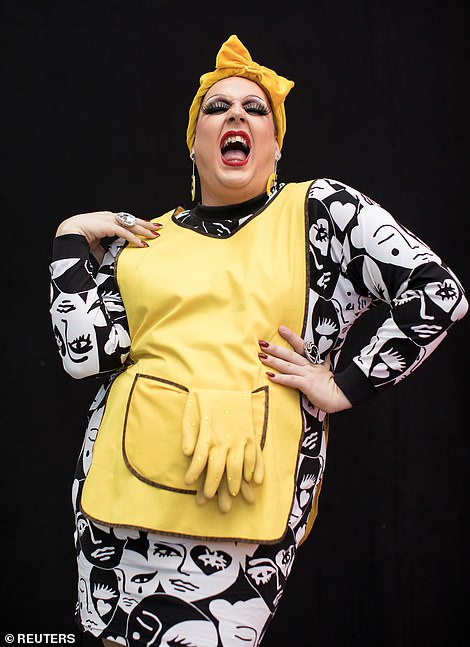 Mynxie (left) kept her clothing simple, with a noir blouse and skirt paired with long dark fingerless gloves. She showed off her bodyart and added vivid make up to her eyes and brows. Whereas Miss Moppe opted for a cleaning-style outfit with an apron and marigolds on show (right) 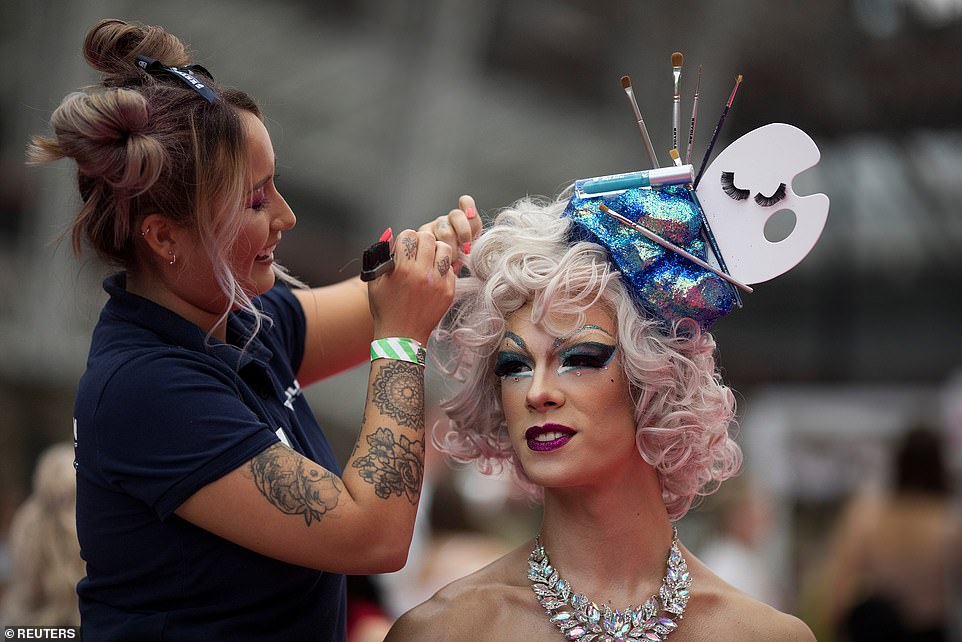 Preparation is key: One of the acts has her hair adjusted during the convention that saw up to 15,000 people flock to west London to watch the eye-catching outfits parade across the stage 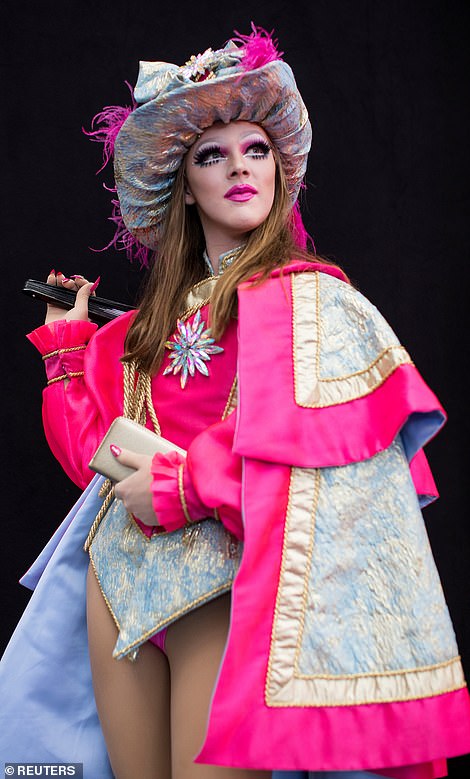 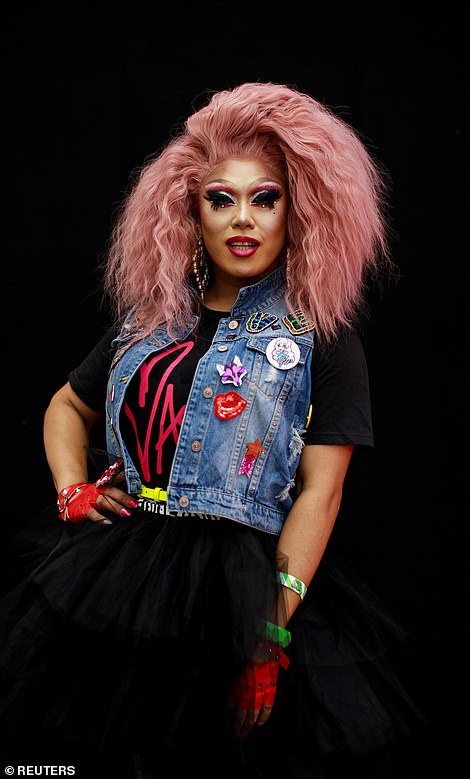 Strike a pose: Christina Turna Round stares into the distance in her regal-looking outfit (left) while Asia Thorne from the Philippines (right) sported a more rock and roll look 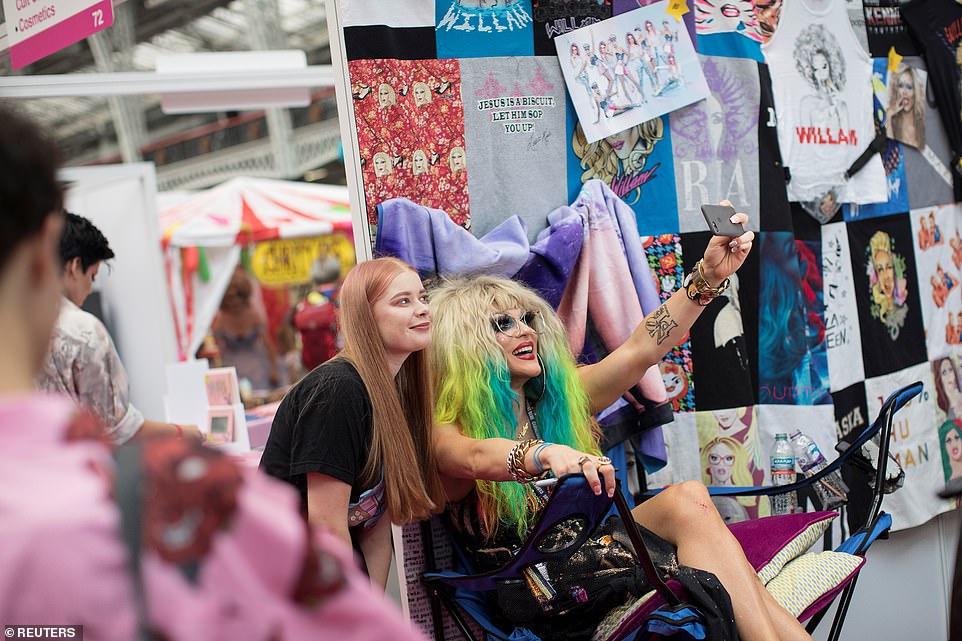