Dragons’ Den: CEO Steven Bartlett makes history as the youngest ever Dragon on the BBC show at just 28

Dragon’s Den is set to welcome its youngest ever Dragon, with entrepreneur Steven Bartlett, 28, joining the panel of multi-millionaires on the show.

The BBC show sees budding entrepreneurs given three minutes to pitch their ideas to five multi-millionaires in the hope of securing financial backing.

Steven is replacing Tej Lalvani, 46, who announced his departure form the show in January.

The new Dragon is the CEO of social media marketing agency The Social Chain – currently valued at £300million – a company he set up from his Manchester bedroom after dropping out of university at 22. Within five years he had taken his firm public.

This year he released a book titled Happy Sexy Millionaire and he also hosts a podcast called The Diary Of A CEO.

Steven said he is ‘honoured’ to be appearing on a show he has watched since he was just 12, Metro reports.

He said: ‘It’s a tremendous honour to join the Den, hopefully representing a new generation of entrepreneurs, inspiring young and specifically under-represented entrepreneurs to follow in my footsteps.’

He will join fellow Dragons Deborah Meaden, Peter Jones, Touker Suleyman and Sara Davies in the Den as part of series 19, which begins filming in the summer. 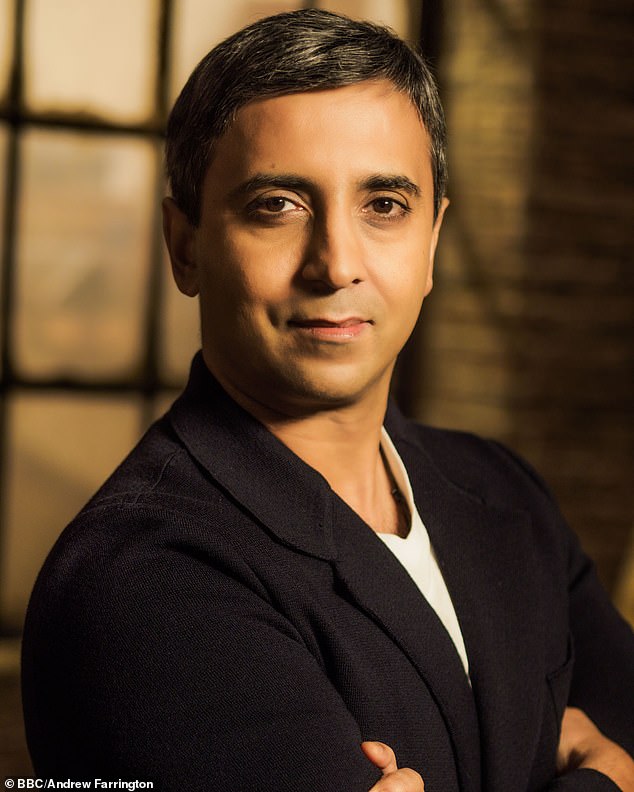 Goodbye: Tej announced in January that he would not be returning for the show’s 19th season and stepped away from the Den following a four-year stint

Sarah Clay, commissioning editor for entertainment at the BBC, said of the appointment: ‘As well as being our youngest ever Dragon, Steven’s unique approach to business will bring a whole new dynamic to the Den.

‘He brings a wealth of experience from the social media, technological and brand building worlds. I’m so excited to see him in the next series.’

Chi Ukairo, executive producer of Dragons’ Den at BBC Studios, added: ‘Steven is a great addition to the Den and we are all looking forward to seeing him in action when we start filming this summer.’

Tej announced in January that he would not be returning for the show’s 19th season, and would be stepping away after four years on board.

Tej, who serves as CEO of the UK’s largest vitamin company Vitabiotics and has an estimated net worth of £390million according to the Sunday Times Rich List, joined the show in 2017.

He said of his decision: ‘I’m truly excited for the upcoming series of Dragons’ Den, which looks set to be one of the best.

‘However after an incredibly enjoyable four years as a Dragon I have decided that this next series will be my last.

‘My commitment to the international growth and expansion of my core business and the numerous investments over the years sadly means I will be unable to dedicate the necessary time moving forward.’ 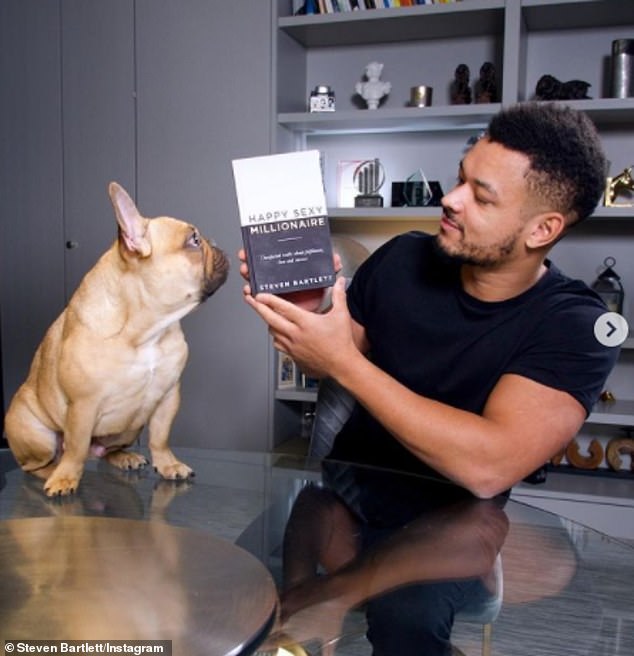 Read all about it: This year Steven released a book titled Happy Sexy Millionaire and he also hosts a podcast called The Diary Of A CEO

He added: ‘I would like to thank the BBC for the great opportunity along with their support and understanding. I wish everyone on the team the very best as it’s been a true pleasure working together.’

Dragons’ Den has been delivering high-stakes TV drama since 2005 and for its 18th series moved from BBC2 to BBC1.

The last series was filmed in 2020 after the introduction of fresh guidelines allowing TV production to resume during the pandemic. 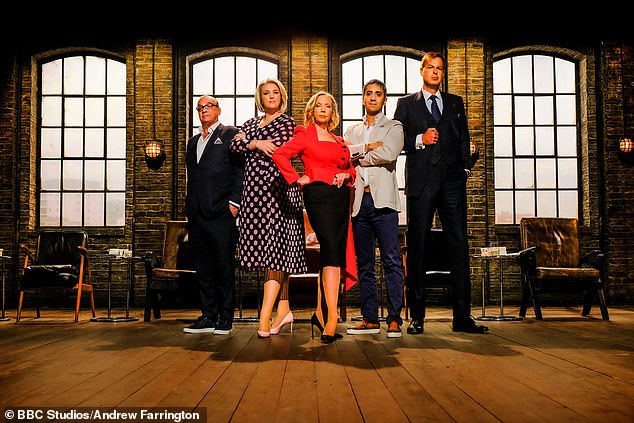 Tej revealed: ‘After an incredibly enjoyable four years as a Dragon I have decided that this next series will be my last’