He’s a superstar rapper, singer and entrepreneur who was born and raised in Toronto, Canada.

And on Saturday, Drake played the role of fanatical-fan when he attended the clinching Eastern Conference Finals game that sent his beloved Toronto Raptors to the franchise’s first-ever NBA championship finals.

The high-drama and ever-changing ebbs-and-flows of the game against the Milwaukee Bucks sent Drake into a frenzy of emotions as he cheered from the front row of the Scotiabank Arena.

And it all culminated with a number screams and fist-pumps en route to his home team’s 100-94 come-from-behind victory.

Vested interest: Drake attended Game 6 of the Eastern Conference Finals between his hometown Toronto Raptors and the visiting Milwaukee Bucks on Saturday 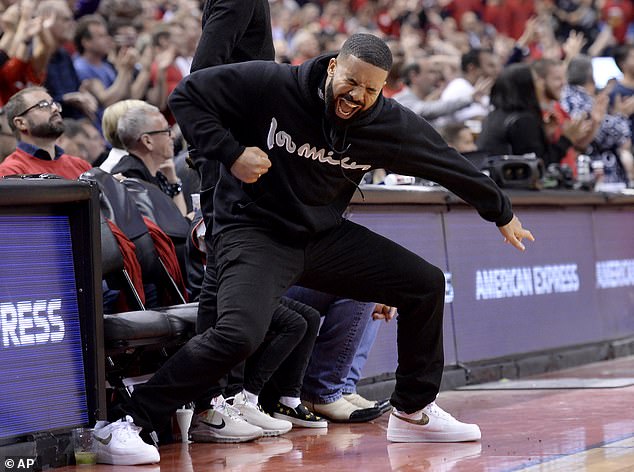 Showing support: The action of the game, and  the Raptors’ come from behind victory, sent Drake into an emotional frenzy throughout Game 6 against the Milwaukee Bucks

At first a game six win didn’t appear to be in the cards for Drake and his Raptors.

The team fell behind by 13 points in the first quarter, to the dismay of the superstar musician.

With ever miss, and clutch shot, he wore his emotions on his sleeve, as well as on the sidelines of the court. 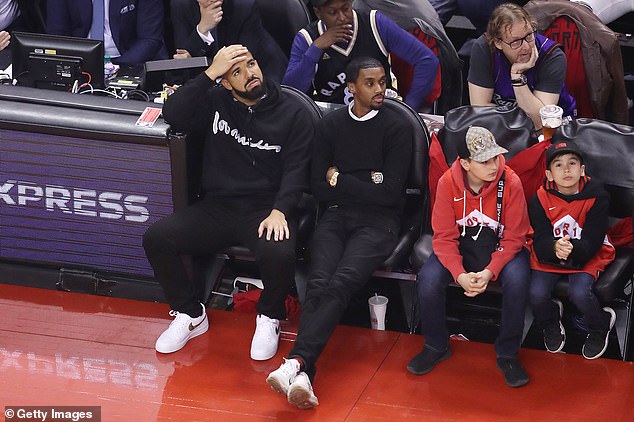 Dismay: A game 6 win didn’t appear to be in the cards for Drake and his Raptors as the team fell behind by 13-points at the end of the first quarter 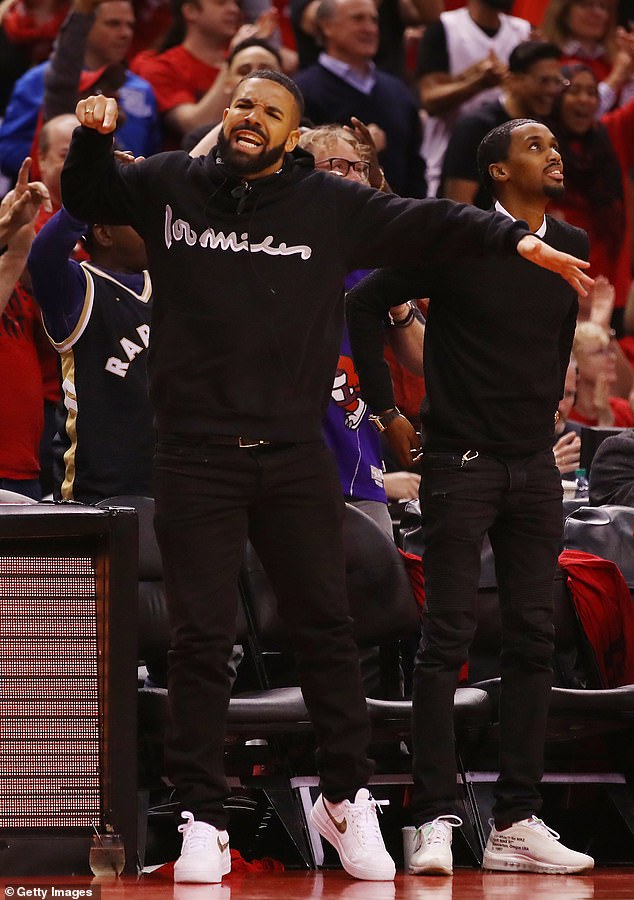 Emotional display: With ever miss, and clutch shot, the musician wore his emotions on his sleeve, as well as on the sidelines of the court 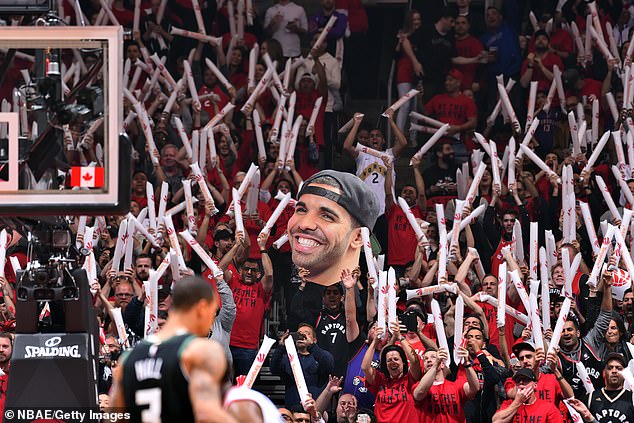 Rally time: Toronto superstar Kawhi Leonard led the charge back to get his team to pull within five points heading into the final quarter; Drake cut-outs are a fixture at games 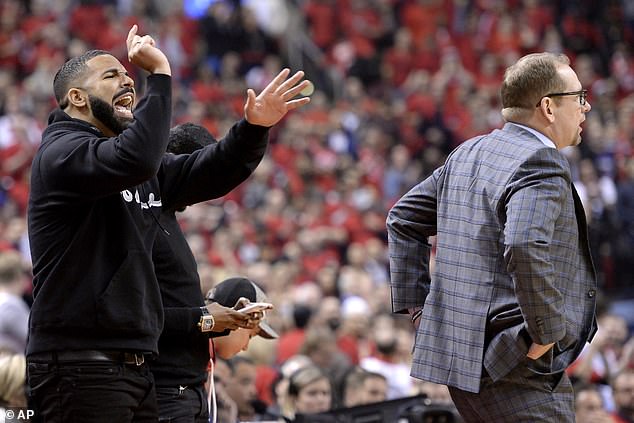 Fanatical: The Toronto native is always animated as he takes in the action from the front row

But Toronto’s superstar player, Kawhi Leonard, led the charge back to get his team to pull within five points heading into the fourth and final quarter.

At one point in the final frame, they would score 26 of 29 points and never look back.

With Drake jumping up and down, the Raptors held off the rallying Bucks and clinched the series with their 6-point win. 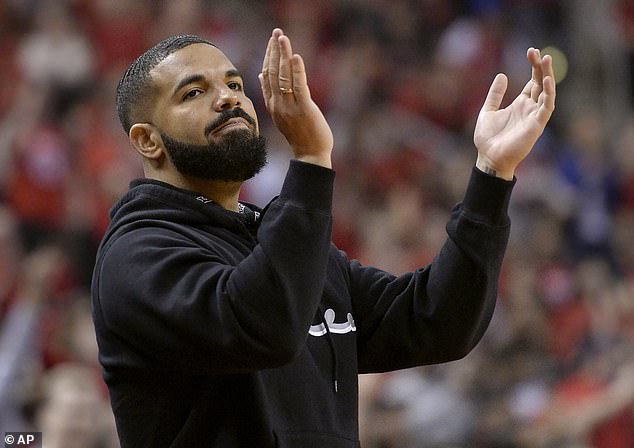 Championship run: At one point in the fourth quarter, the Raptors would score 26 of 29 points 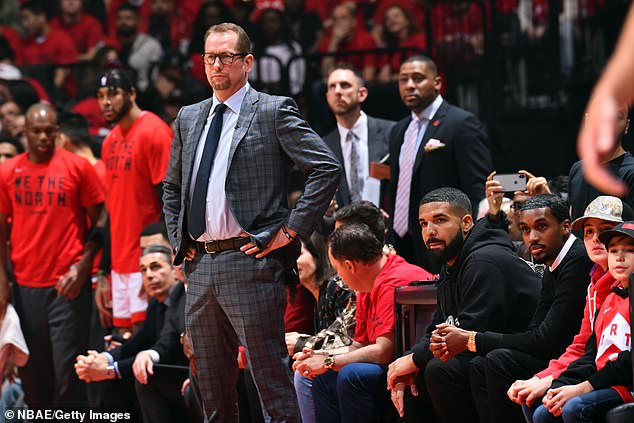 Holding strong: The Bucks made a last-ditch rally as Head Coach Nick Nurse and Drake look on 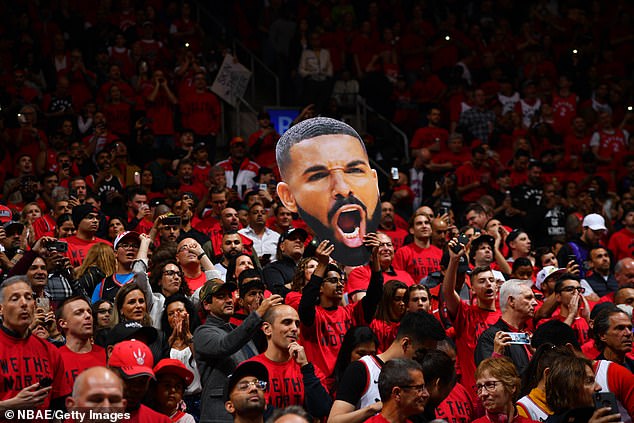 Superstar: The fans used a Drake cut-out to keep up the flow of emotions 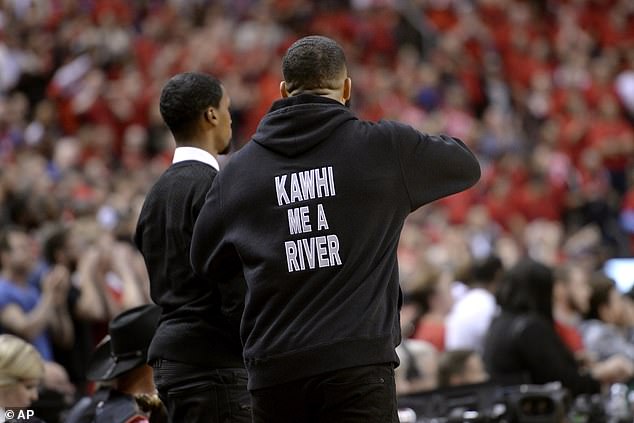 Drake was named a ‘global ambassador’ for the Raptors in September 2013.

He has been a regular fixture at playoff games watching from a courtside seat.

Before Game 5 of the series on Thursday, the team presented Drake with a custom Raptors/OVO diamond-encrusted jacket designed by the Diamond Foundry, which is reportedly worth $550,000.

The Toronto Raptors will now host the Western Conference Champion Golden State Warriors in the NBA Finals. Game 1 of the series is in Toronto on Thursday, May 30. 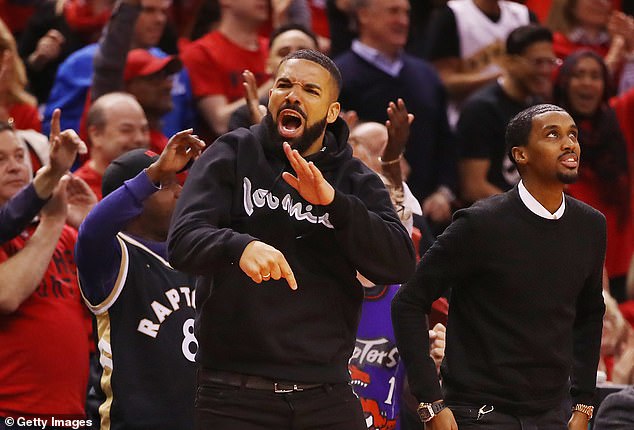 We win! The Raptors held off the rallying Bucks and clinched the series with their 6-point win 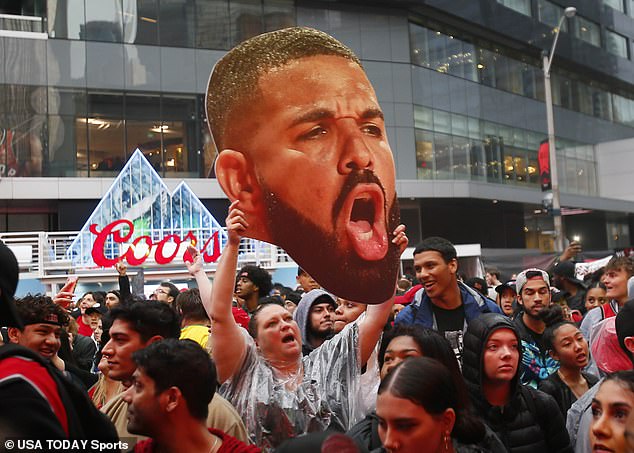 Fan frenzy! The Raptors now move on to the franchise’s first-ever NBA Finals against the Golden State Warriors; Game 1 is on Thursday, May 30, in Toronto