Dramatic footage shows cops in Ohio helping a driver, 20, to stop her runaway SUV after she called 911 for help

Police dash cam footage from Ohio has captured the dramatic moment police had to help a terrified driver whose runaway SUV would not stop as she sped along a busy highway.

The Ohio State Highway Patrol released footage of the 20-year-old female driver named Emma telling a 911 dispatcher that her car was failing to stop as she drove along Interstate 77.

On the other end of the phone, dispatcher Becky could be heard trying to keep Emma calm and suggesting various tactics as to how she might stop the vehicle. 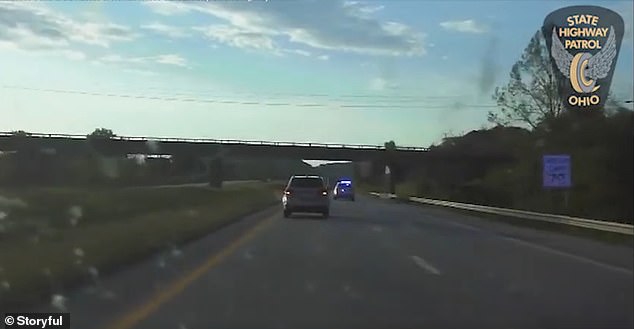 ‘Emma, this is Becky. I need you to listen to me right now,’ the dispatcher can be heard saying on the video.

She is told to pump the brakes, but it doesn’t appear to make any difference.

‘I’m trying and it won’t do anything,’ Emma cries in despair.

‘Take ahold of your emergency brake and just gradually pull that a little bit and see if it slows you down at all,’ 911 operator Becky tells the frantic driver. ‘Emma, does it slow you down at all?’ 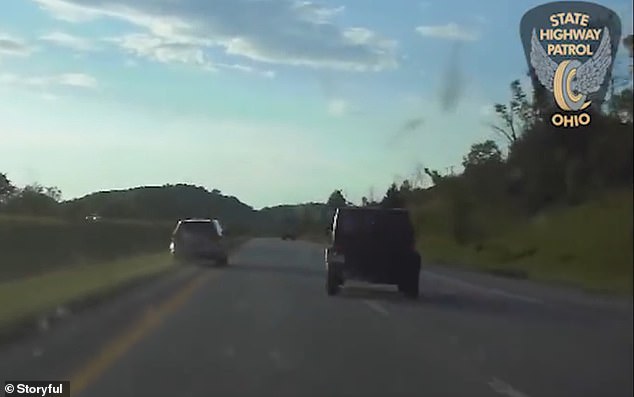 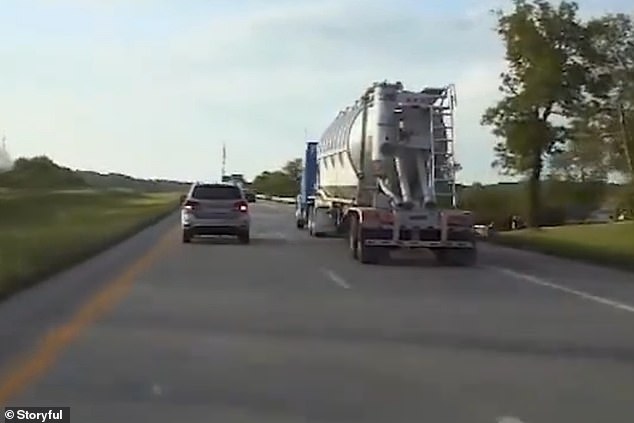 Troopers could be seen following her car and positioning themselves around her in order to warn other traffic not to get too close.

Once the dispatcher tells Emma to try pulling her emergency break the footage then shows the car slowing down and coming to a stop on the median.

Eventually the SUV pulls over to the side of the road and a trooper can be seen running to the driver’s door.

‘With the suggestions from dispatchers, actions from troopers, and the female’s focus, the situation ended with no injuries or damage,’ the Ohio State Highway Patrol wrote on Facebook.

It’s not clear what caused the car to speed out of control. 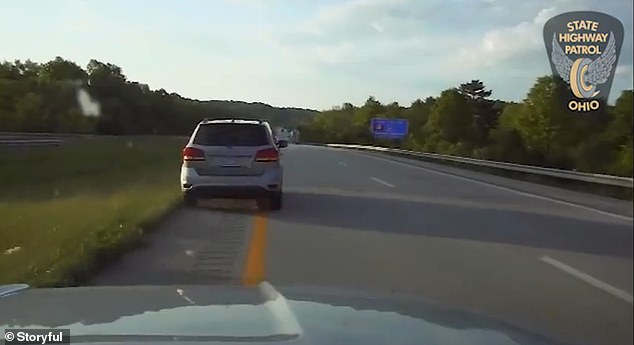 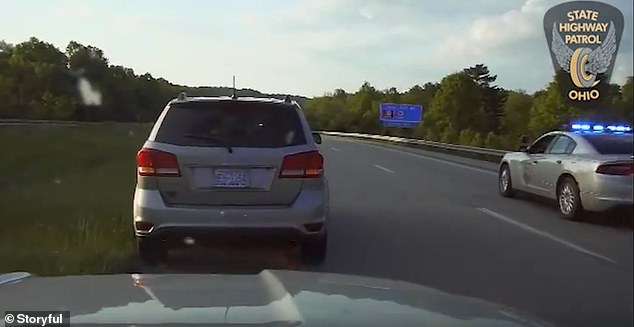