Jamie Germaine, pictured, was jailed for six years and nine months after South Wales Police busted his £3.8 million cannabis operation which he ran from his Cardiff home

This is the moment police raid a crime family’s £3.8 million cannabis operation which funded luxury holidays to Dubai and ringside boxing tickets.

South Wales Police raided the home of Jamie Germaine, 46, who had been dealing cannabis in the Llanrumney area of cannabis for at least a decade, in July 2018.

Officers kept Germaine and his gang under close surveillance for six months before launching their raid.

The dramatic raid was filmed by officers using body cameras as well as with a drone.

Officers seized Germaine’s own CCTV equipment, which was used in evidence against him and the gang as it showed him moving bags laden with cannabis and skunk.

The footage, according to South Wales Police ‘showed the frequency and volume of cannabis deliveries, and the identity of those involved’.

Detective Inspector Sion Parker, who led the investigation, said: ‘More than £600k was seized during the six-month investigation which is one of the biggest ever cash seizures from an Organised Crime Group in South Wales. 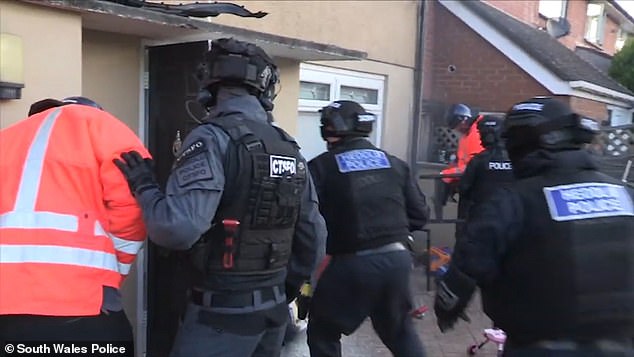 This is the moment members of South Wales Police’s Organised Crime Unit burst through the door of drugs kingpin Jamie Germaine who ran a £3.8m drugs operation from his Cardiff home 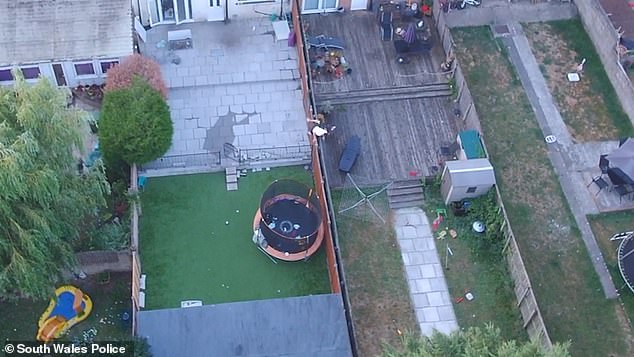 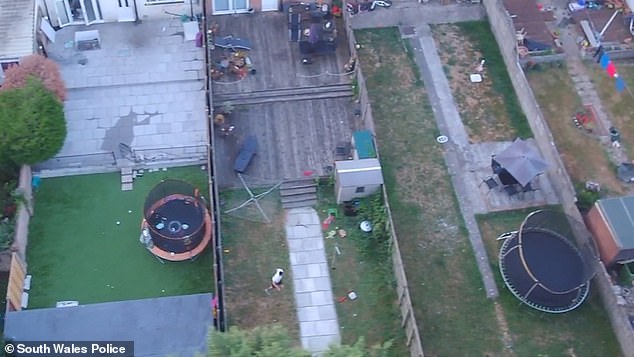 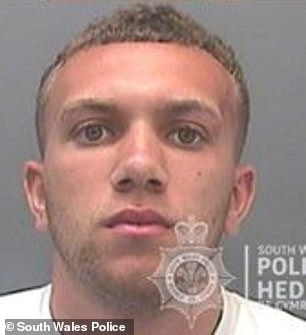 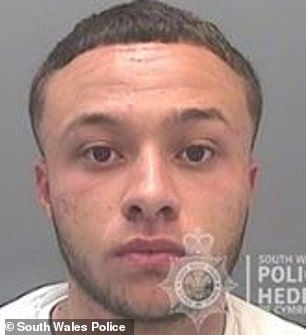 Tyrell Germaine, 23, left, was jailed for two-and-a-half years. His 21-year-old brother Shaquille, right, received a two-year sentence at Cardiff Crown Court for his role in the gang

‘From January 2018 to July 2018, it is estimated that the value of cannabis passing through Germaine’s house was up to £3.8 million.

‘Today’s sentencing is not the end of the matter, the Germaine family and other members of the group will now be subject to a Proceeds of Crime hearing later in the year. The Proceeds of Crime Act enables us to seize and restrain all the criminal assets derived from people involved in drug trafficking.’

DI Parker added: ‘The Germaine OCG are well-known in the Llanrumney area.

‘We hope that the police intervention in relation to their criminality has had a positive impact with in the community and continues to show South Wales Police’ determination in targeting Organised Crime Groups and keeping our communities safe.’ 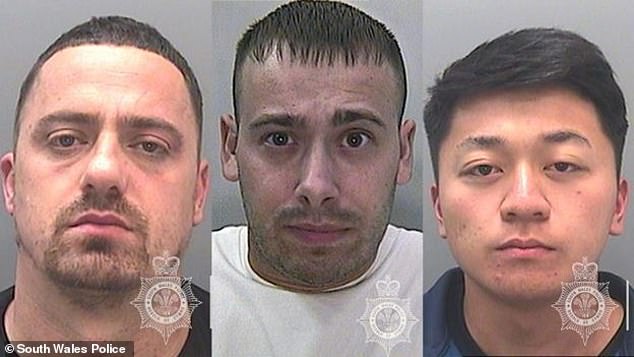 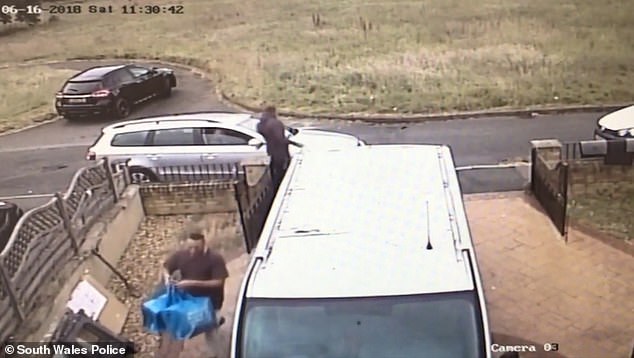 Germaine was jailed for six years and nine months for his role leading the gang.

In total, the gang received a combined total of 22 years in prison.

Judge Petts, sentencing the gang at Cardiff Crown Court said: ‘This has taken an awful lot of time but the quality of the investigation was shown by the number of early guilty pleas from those involved.’