The United States military deployed helicopters and rescue crews to southeastern Texas on Wednesday for dramatic airborne rescues of flood victims who were plucked one by one and flown to safety.

The Coast Guard was also involved in the airborne rescue. 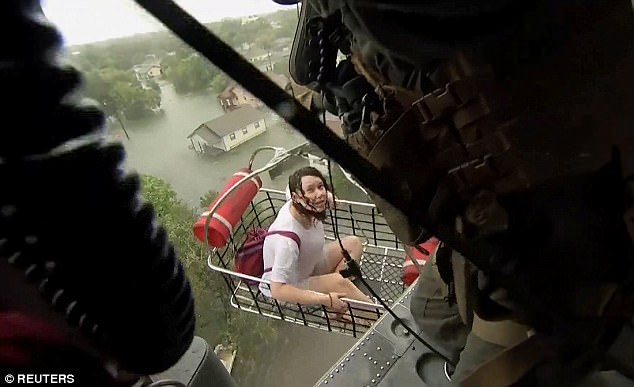 Texas Governor Greg Abbott said on Wednesday that 24,000 National Guard troops, including 10,000 from outside the state, were being deployed in Texas in the wake of Tropical Storm Harvey, and that 33 counties were now covered under a federal disaster declaration.

‘By being included in this federal disaster declaration, individuals as well as local governments are going to be eligible for aid from FEMA,’ he said, referring to the Federal Emergency Management Agency.

Coast Guard on Wednesday said the ports of Houston, Texas City, Galveston and Freeport have been reopened with restrictions on vessel traffic after they were closed due to storm Harvey. 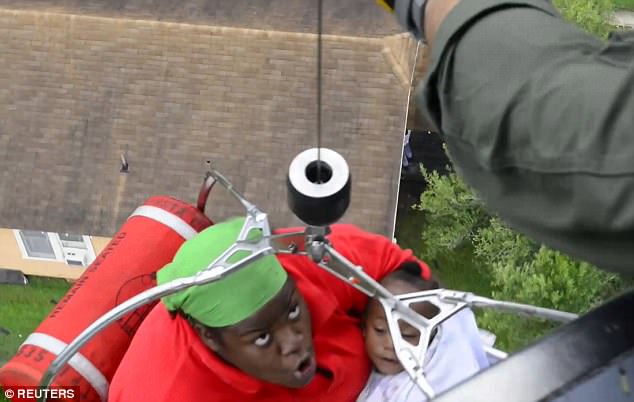 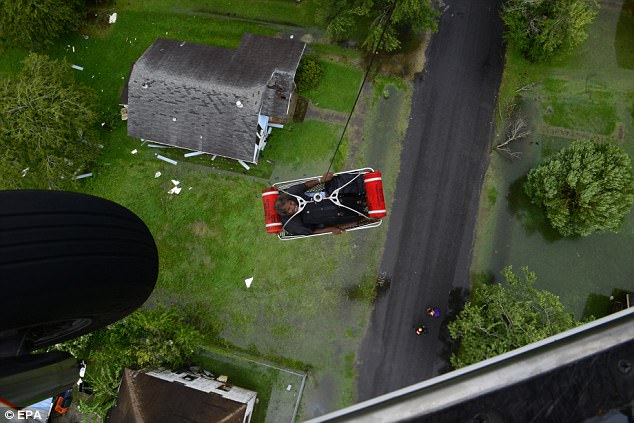 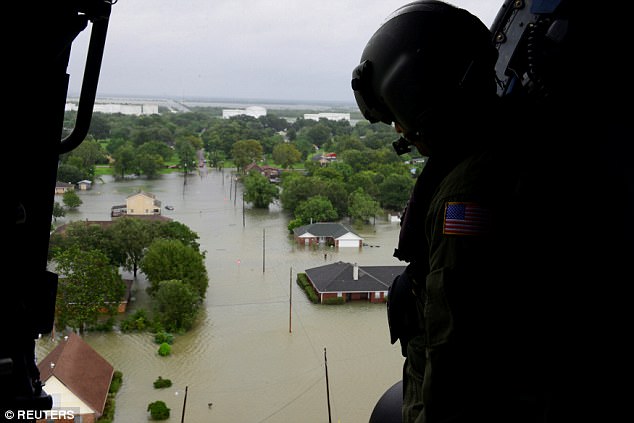 Texas Governor Greg Abbott said on Wednesday that 24,000 National Guard troops, including 10,000 from outside the state, were being deployed in Texas in the wake of Tropical Storm Harvey

However, the section of the upper Houston ship channel from Morgan’s Point inbound to the turning basin would remain closed until weather conditions improve, the Coast Guard said in a statement, adding that all vessel traffic is limited to daylight hours.

The Houston Ship Channel links the busiest U.S. petrochemical port to the Gulf of Mexico.

The restrictions would prevent vessels from moving to the upper ship channel, where five of the Houston-area oil refineries are located.

Tropical Storm Harvey further damaged the heart of the U.S. energy industry on Wednesday, churning into Louisiana after flooding the biggest U.S. refinery in Texas, forcing major pipelines to halt operations and threatening a supply squeeze for weeks.