A Massachusetts man is being hailed a hero after running across a busy highway to pull a severely injured stranger from a burning car.

Greg Budgell, of Dracut, was driving to work on Interstate 495 when a vehicle crashed on the roadside and engulfed in flames.

‘I saw people in need and I just had to help them,’ Bugdell told WCVB 15.

Budgell immediately stopped his vehicle, desperately sprinted across the interstate and approached the blazing car.

Dramatic footage of the heart-stopping rescue was captured on dash camera footage by Harold Greer, who also stopped to help during the dangerous incident.

Budgell can be seen pulling the man from the vehicle by his arm as the inferno continues to grow.

A second man appears at the scene to help pull the stranger to safety while another man and a female officer assist a wounded passenger.

At one point, Budgell is seen standing over the injured driver, who reaches up to hold his hand. 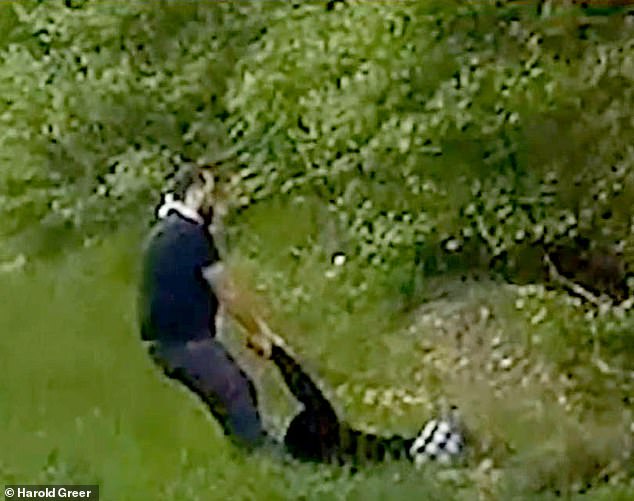 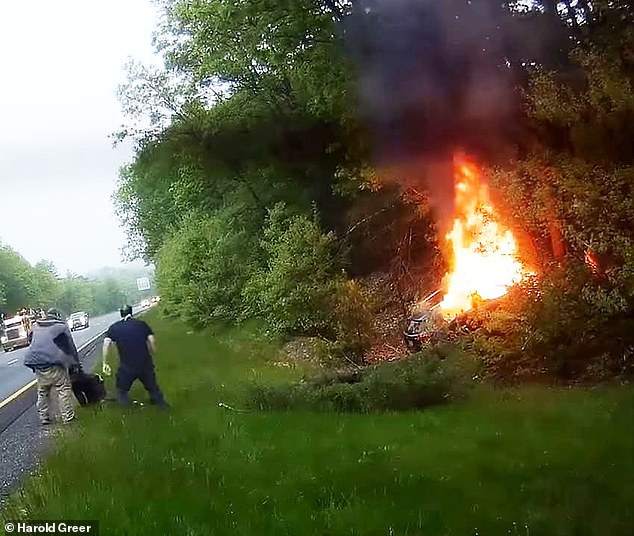 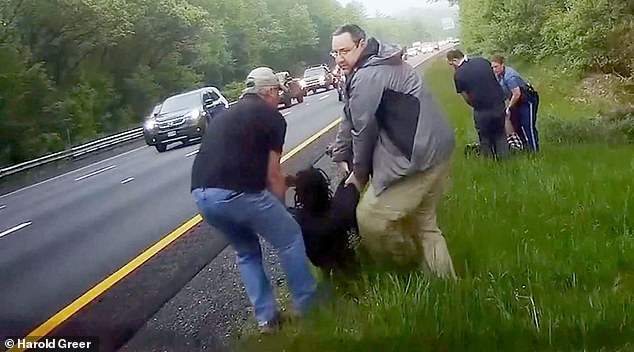 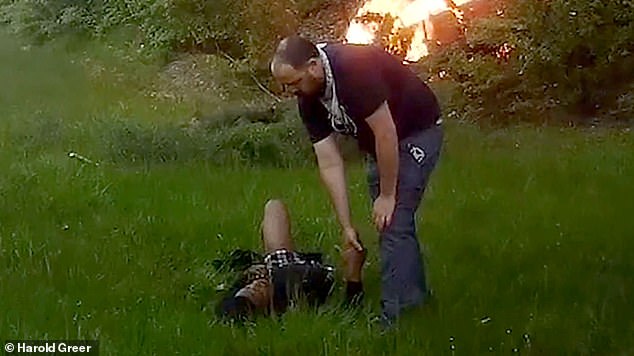 After Budgell saved the man’s life, the two held hands as authorities dispatched to the scene

Budgell said the driver was so badly injured that he would have never escaped the fiery crash on his own.

‘He told me that he only had one good arm and so that’s why I was kind of dragging him that way,’ said Budgell.

‘It’s not the best way to get someone out of there but I kind of looked at him and I said, “I got to drag you man, this car’s about to go up, I gotta do it,” and I just dragged him up the hill.’

According to the driver’s girlfriend, the crash happened after he fell asleep at the wheel. 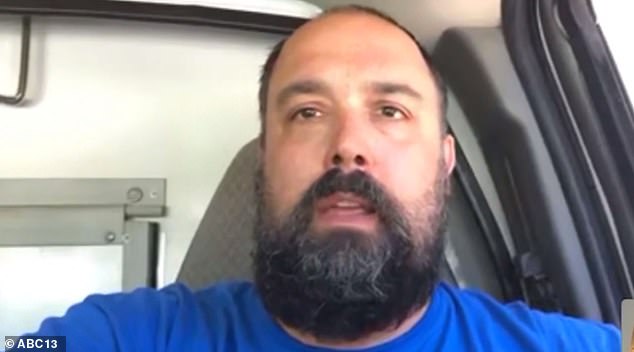 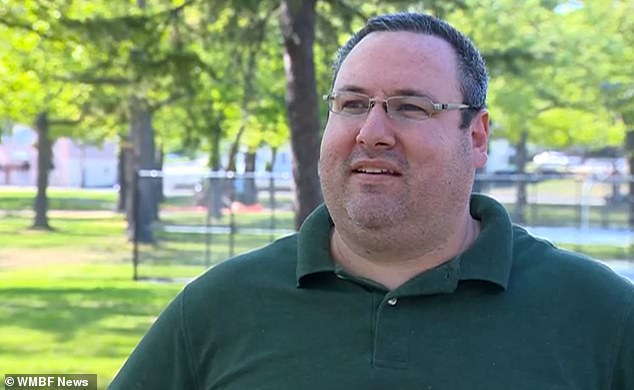 Greer (pictured): ‘You never know when it’s you that’s stuck and need help, and people are just like, “Oh well, it’s not my problem.” You know, it’s just … someone could be dying’

He suffered injuries to both his legs, arm, and several broken bones. He was scheduled for surgery on Wednesday.

‘[The driver] was in agony. They were both in bad shape,’ said Greer.

Greer commended Budgell for his quick instincts and the bravery he displayed when saving a complete stranger.

‘I really appreciate that one guy stopping, because you just never know’, Greer told WMBF News.

‘You never know when it’s you that’s stuck and need help, and people are just like, “Oh well, it’s not my problem.” You know, it’s just … someone could be dying.’

Both crash victims were taken to a local hospital to treat their injuries.

After watching footage of the rescue, Budgell told CBS 21 that he’d do it again.

‘It’s not every day that you get to say that you save somebody’s life,’ said Budgell.

‘I definitely feel good. I saw people in need and I just have to help them.’