A young woman was lucky to avoid serious injury after sticking her arm into  the door of a closing train just as it was leaving the station.

In vision obtained by Seven News, the woman attempts to get the automatic doors of the train to reopen just as it’s leaving Chatswood station on Sydney’s north shore.

However, the woman’s wrists were believed to be too small to trigger the safety mechanism which reopens the door. The woman then frantically attempts to get the attention of a platform attendant.

An elderly man and a young man behind the woman also try in vain to get the attention of a platform guard. Fear quickly turns to panic as the train starts to move away from the platform, dragging the woman along with it.

Luckily, as the train started to speed off, the attendant sees the woman and manages to stop the train.

She escaped serious injury and was even able to board the next train and continue on her journey.

The footage was released by Sydney Trains as a warning to the common practice among commuters of sticking an arm or a foot in a carriage door to get it to automatically reopen.

Chief Executive Sydney Trains Stewart Mills said sticking your arm into a closing train door was dangerous and says the woman could easily have suffered a serious injury.

The incident took place in 2018 but the footage was released this week as a way of highlighting train platform safety as commuters start to pack trains again. 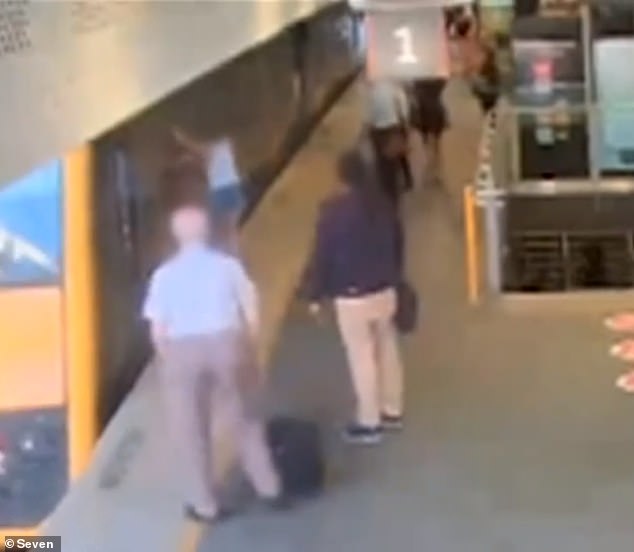