Dramatic moment British Airways plane lurches from side to side

‘When flying to Gibraltar, make sure you take extra underwear!’ Passenger films terrifying moment BA plane lurches from side to side while trying to land in strong winds

A British airways flight had to be diverted after strong winds caused the plane to rock wildly in the air.

Dramatic footage shows the aircraft lurching from side to side as it flies over the coast of Gibraltar on Monday at around midday.

Passengers onboard the flight from London Heathrow had to be flown to Malaga, Spain, after heavy gales buffeted the plane.

Passengers onboard the flight from London Heathrow were diverted to Malaga, Spain, after heavy gales buffeted the plane 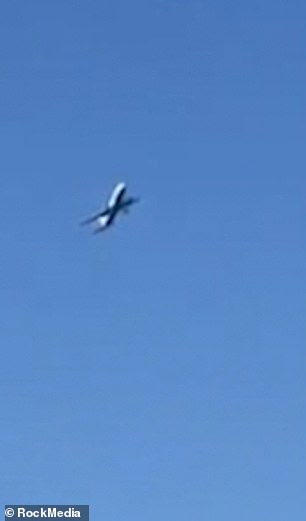 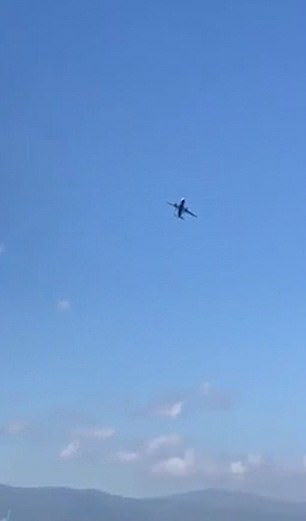 In one clip, onlookers can be heard gasping in shock as the plane tips dangerously as it flies overhead.

Another video, taken from inside the plane, shows passengers in shock as the plane dips and swings in the air.

Kristis Bubnelis posted the clip on Instagram and wrote: ‘When flying to Gibraltar make sure you take some extra underwear’.

Adrian Worth, 33, from Devon, who was on the flight with 17 of his hockey teammates, says ‘people were panicking’ when the flight started to tip.

He told MailOnline: ‘We were going around looking to land and it started tipping from side to side.

‘The pilot told us we would have to go around the sky for 20 minutes and then we landed in Malaga. 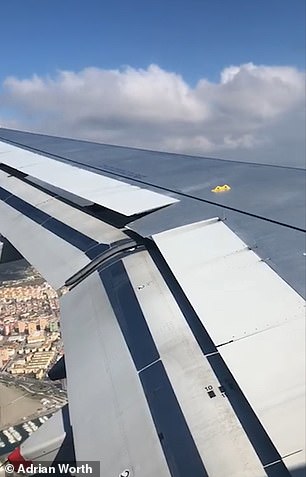 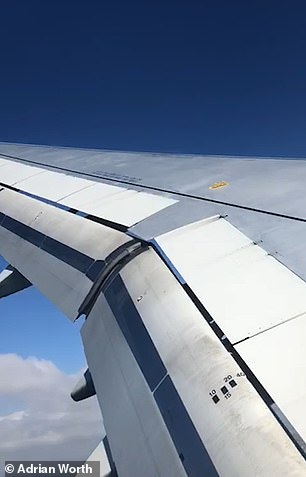 Another video, taken from inside the plane, shows passengers in shock as the plane swings wildly in the air

‘A few people were panicking as we were unsure what was going on.

‘They gave us a warning it would be rough weather but no one could predict that the plane would swing from side to side.

‘We’ve only just reached Gibraltar and it’s taken us more than two hours in a coach to get here from Malaga.’

A video was posted by a Rock Radio station in Gibraltar with the caption: ‘This lunchtimes @BritishAirways flight from London Heathrow has diverted to Malaga due to strong winds at Gibraltar Airport’.

British Airways say there were no risk to passengers and are arranging transport for travellers affected.

A British Airways spokesman said: ‘The flight has landed safely and passengers have left the aircraft normally.

‘Due to strong winds in the Gibraltar area, our pilots decided to land in Malaga as a precaution.

‘The safety of our customers and crew is always our number one priority.’