An out-of-control car has been filmed ploughing from woodland just yards from President Donald Trump’s motorcade in dramatic footage.

Shocking video shows the white vehicle appear suddenly from woodland as the heavily-guarded commander-in-chief passed by.

Stunned onlookers captured the moment on cameraphones, amid fears the driver was attempting to ram the President’s car.

Clayte Hefner, who filmed the video, said he saw two women inside the car as it appeared from the woods.

The vehicle hit a ditch and was disabled, Ozarksfirst reports.

But police in Springfield have said failed brakes appear to be to blame.

A spokesman told KYTV that the driver had driven down an embankment from a nearby Bass Pro warehouse. 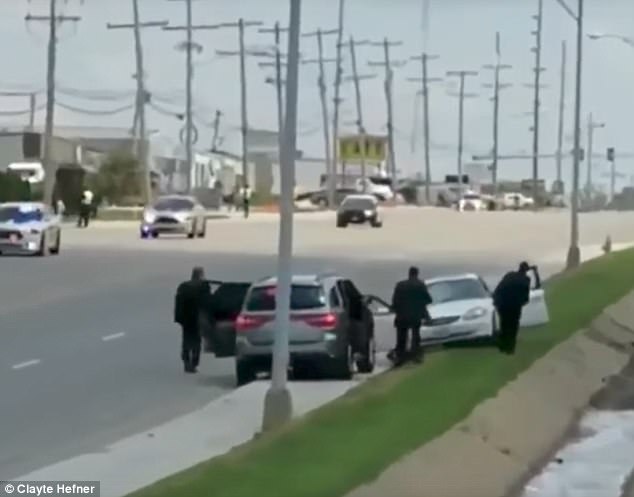