A calf has been rescued after a coconut tree blew over and pinned him to the ground during a storm in Thailand.

The baby cow was heard whining in pain by locals who were living near the field on September 17.

In the touching clip, locals can be seen holding torches and stroking the fallen animal who is sprawled across a grassy ditch in Samut Songkram, Thailand.

A calf was rescued from a coconut tree which blew over and pinned him to the ground in Samut Songkram, Thailand, on September 17

The animal tries to stand up but falls back drastically before people trying to calm the calf.

Rescue teams gather with a chainsaw and hack the fallen tree into pieces before steadily hoisting it away from the ditch where the cow is lying in agony.

A rope and hook are attached to a truck which helps pull the towering coconut tree away. 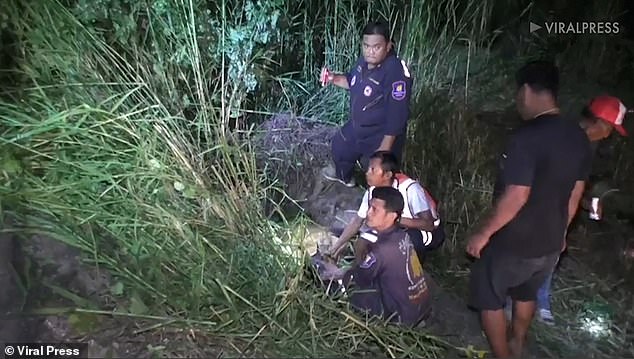 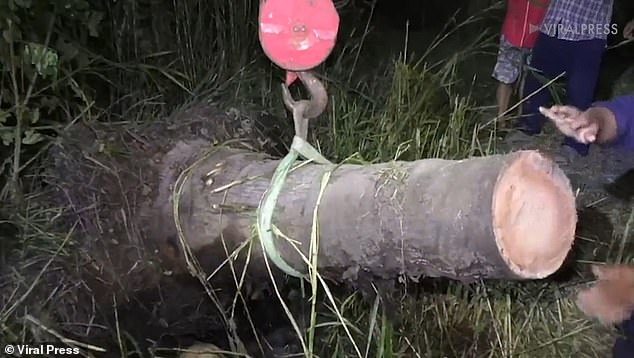 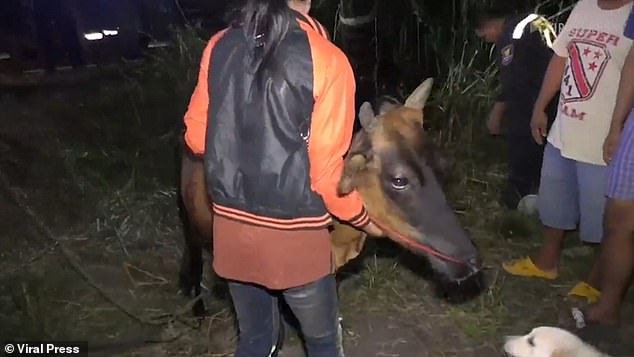 The owner Orapin Janklom, 34, (pictured with the calf) was relieved that her farm creature was rescued and showered the animal with strokes 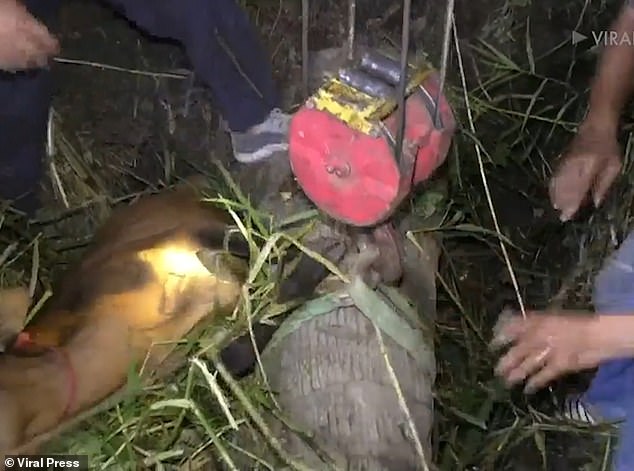 Team effort: The locals and rescue team join up to pull the tree away on Tuesday evening before others tear away the wild grass which has tangled the cow

Moments later a couple of locals tear away at the wild grass which has tangled the calf.

The cow’s owner Orapin Janklom, 34, rushes to the calf’s side and showers the animal with strokes and in awe of the community spirit.