Dramatic body-cam footage shows the moment an undercover police officer swoops on a gang of pickpockets as they try to swipe a purse on Oxford Street.

The three Bulgarian women surround their victim as they attempt to dip their hands into a handbag in London’s famous shopping district.

The attempted theft came just minutes after they failed to rob a tourist as she walked along the street.

Plain clothes Metropolitan Police officer Sergeant Steve Stamp is called to the scene after the first theft, and catches the gang in the act as they pounce on their second victim.

The three women – two with their faces blurred and one in a white shirt with a black bag, are seen on camera approaching their victim from behind before the attempted theft 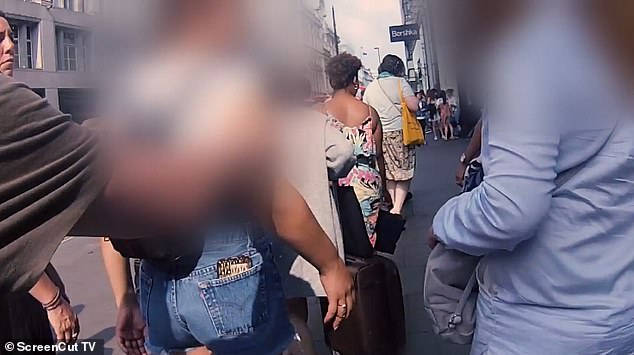 But Met Police officer Sergeant Steve Stamp catches them in the act, and arrests them

He tells the camera crew: ‘They are working as a group of three, they are like sharks circling around their prey.’

The shocking footage will be aired on a Channel 5 documentary called Inside Oxford Street tonight.

Sergeant Stamp, who patrols the area and targeting shoplifters and pickpockets, added: ‘They have gone for that first lady there, tried to take something from her. 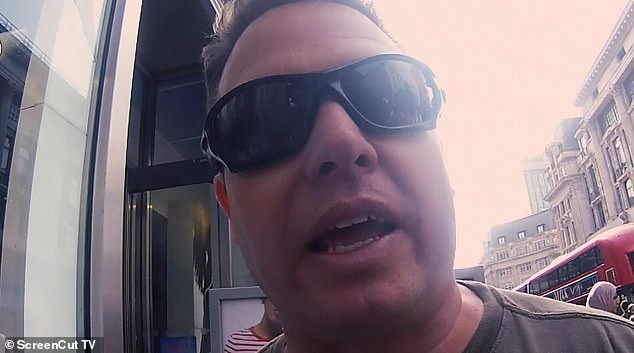 Sgt Stamp (pictured) tells the camera: ‘They are working as a group of three, they are like sharks circling around their prey.’

‘She spotted them so they’re on it. They then move from her, they follow this lady here, straight away they are working up close.

‘She’s gone for the purse, tried to open it up before she has turned around and realised.

‘Then she’s clocked us, so we have had to go in for the kill. 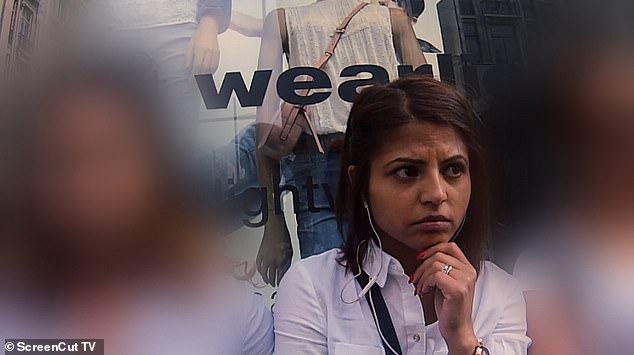 Vasileva Yordanka was found guilty of theft, given a 12 week suspended sentence, fined and then ordered to pay costs 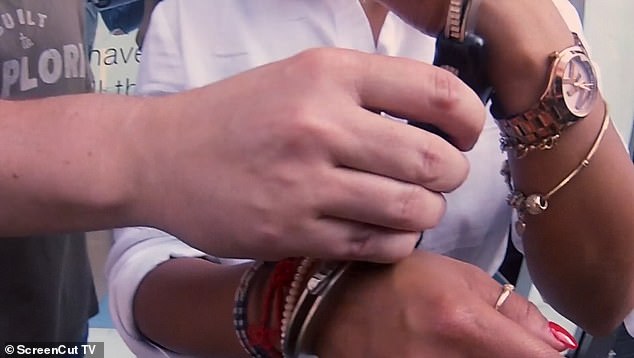 The women are handcuffed and arrested as uniformed officers arrive

Moments later uniformed officers arrive and they are arrested on suspicion of attempted theft from a person.

Vasileva Yordanka, who is seen in the clip, was found guilty of theft, given a suspended sentence, fined £166 and ordered to pay costs plus a victim surcharge.

Half a million shoppers visit Oxford Street each day. Last year 2,000 were victims of pickpockets in the area.

Sgt Stamp added: ‘Everyone knows when they come to  London, they are going to go shopping on Oxford Street and all the pickpockets know that is where the’r prey is going to be.

For me, its always the eyes. These thieves are looking down at peoples bags, people’s rucksacks, purses and things like that, they are not interested in the shops, that’s a giveaway.’

Last month MailOnline revealed shameless begging gangs are making children as young as three hug strangers in the street until they hand over cash.

The Metropolitan Police say they are aware of reports of anti-social behaviour and begging on Oxford Street.

A spokesman said: ‘In order to deter criminality, officers in Westminster deploy a number of tactics including high-visibility patrols as well as plain-clothes operations, whilst offering crime prevention advice to residents, visitors and local businesses.

‘We would always encourage anyone who believes that they are a victim of crime to report it to police.’

Inside Oxford Street is on Channel 5, tonight, 9pm.